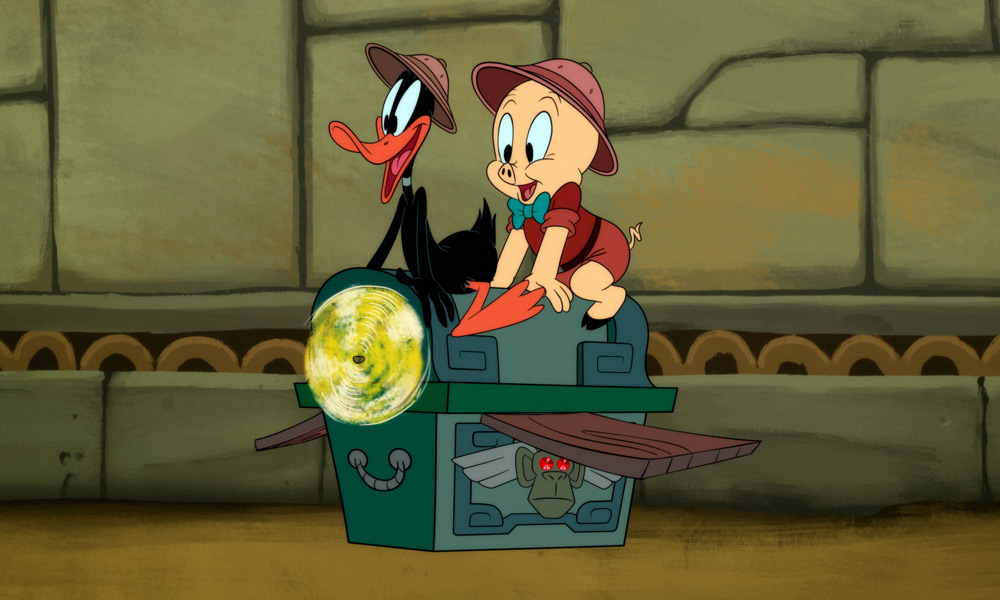 When animation writer and director Peter Browngardt was in junior high, his brother took him to see a screening of classic Chuck Jones Looney Tunes shorts at the Museum of Moving Image. Jones also appeared in person to promote his book Chuck Amuck. “That experience changed my life forever,” he recalls. “It was the first time I was seeing so many watch these shorts together and laugh at all these great shorts. It was such an amazing communal experience.”

Years later, Browngardt — who is best known for creating acclaimed Cartoon Network series Uncle Grandpa (2010-2017) and Secret Mountain Fort Awesome (2011-2012) and working on shows such as Chowder, Adventure Time and Steven Universe — is now overseeing Warner Bros’ upcoming Looney Tunes Cartoons series, which will stream on the new service HBO Max in 2020. One of the series’ shorts, The Curse of the Monkey Bird, is one of the year’s big Oscar and Annie Award contenders in the Best Animated Short race.

The beautifully designed and animated short finds Porky Pig (Bob Bergen) and Daffy Duck (Eric Bauza) venturing into the lair of a mysterious “Monkey Bird” to get their hands on some hidden treasure. Classic animation fans are already raving about the short’s on-target homage to ‘40s-era Looney Tunes shorts.

“Monkey Bird was the first short we produced, and we spent more time on the animation, the design, the music — we had the full orchestra — specifically to be able to screen it theatrically,” says Browngardt, who names classics such as Falling Hare, Hare Ribbin’, Buccaneer Bunny and Hair-Raising Hare as some of his favorites. “I am a huge fan of those early Chuck Jones, Bob Clampett and Friz Freleng shorts.” 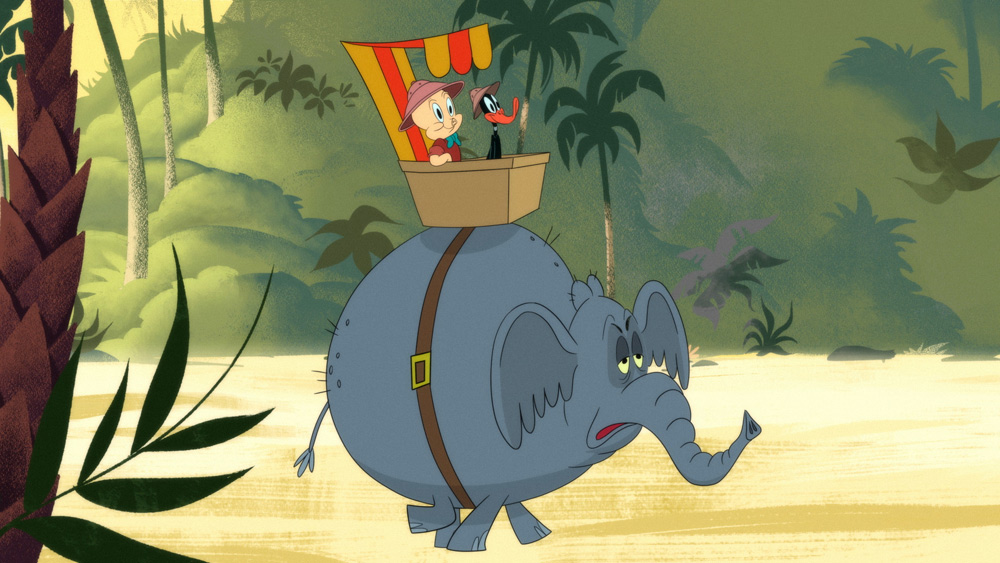 A Valentine to the Past

Browngardt and his team began to develop the idea to reboot the Looney Tunes characters with a deep reverence for their origins in the fall of 2017, and the series began production in 2018. The shorts, which were first introduced at Annecy in June, go back to the roots of the characters.

“The characters’ personalities were wacky, zany and high-energy,” notes the director. “We wanted the shorts to be more surreal and cartoony. Our challenge was how to recreate the old style of animation and characters while bringing that energy and aesthetic to 2019 and 2020. That language and feel of cartoony animation is not so much around anymore. But that’s how I fell in love with the medium. I used to watch those shorts on TNT and on my older brother’s videotapes.”

The Emmy-nominated director and his team of 50 work on the cartoons at the Warner Bros. Animation studio in Burbank, but they are also aided by four international studios (Tonic DNA in Montreal, Yowza! in Toronto, Yearim in Korea and Snipple in the Philippines. “It was a really global effort to create these classic cartoons,” says Browngardt. “We had people from all parts of the world working with these characters that are so timeless and well known. They all used a variety of methods — from old-fashioned pencil and paper, all the way to Toon Boom Harmony and Adobe software — to produce the animation.” 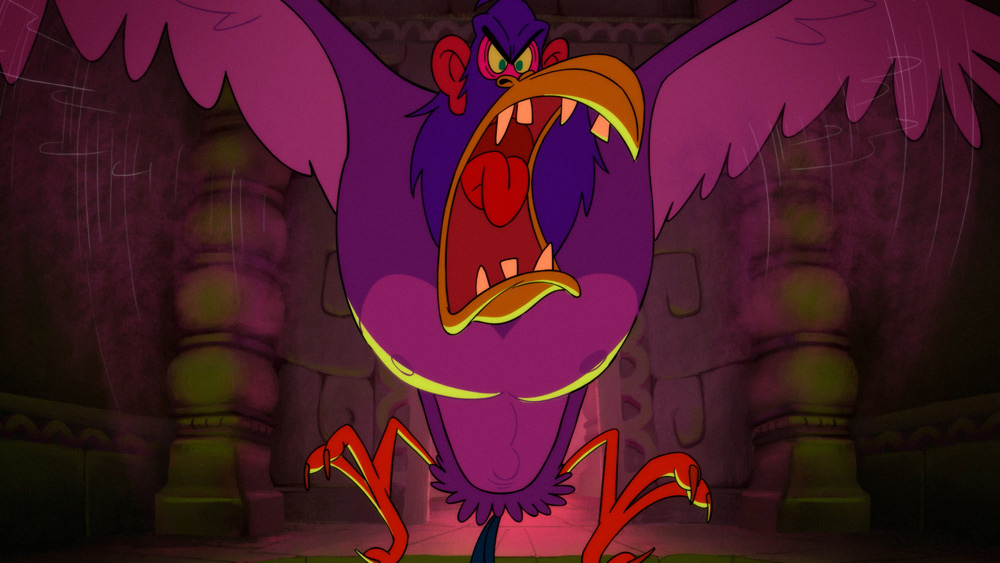 The artists studied all of the classic designs of the characters as inspiration for each one of the shorts. “Every director had their own take on Bugs, Daffy and Porky,” says Browngardt. “We did a lot of drawing and decided to cherry pick from all the characters in time to land on our versions of the characters. We wanted the fluidity and energy. Our characters are more rounded, more squat. We gave Bugs yellow gloves, and Daffy has the longer, thinner bill. Porky is Clampett’s version, with the bigger eyes and head. We definitely did a lot of homework!”

Browngardt says he and his team have been thrilled by the positive response of fans at screenings. “As much as I want to take credit, it all comes down not screwing up these beloved, universal characters. I like to say that we are standing on the shoulders of giants, hoping that we don’t lose our balance and fall flat on our faces. The people who made the original shorts invented this art form. They took the baton and ran with it. They learned on the job and had decades to perfect it. They are the Michelangelos of this art for. I just hope that our shorts will make people laugh. If I can get audiences to have that same communal experience that I had when I saw the Looney Tunes in the theater for the first time, that would be amazing.” 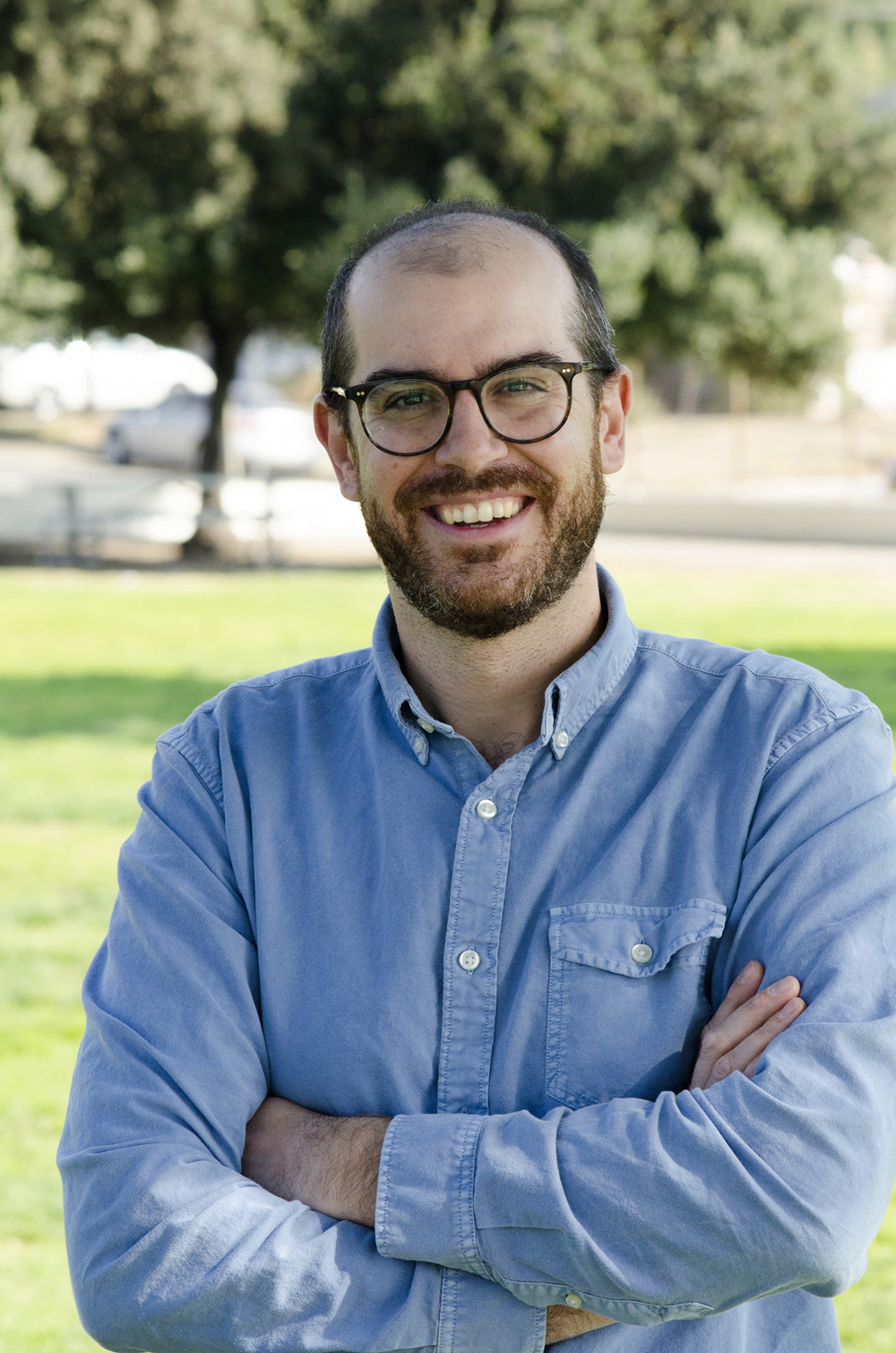