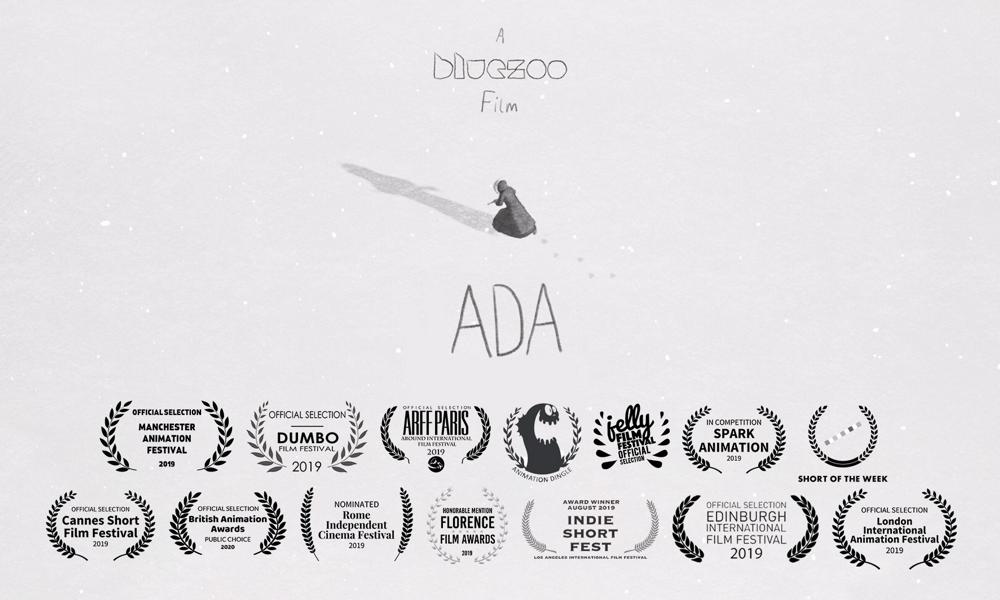 Ada, a distinctive, atmospheric monochrome short set in the arctic and the latest piece to join the ranks of #BZShorts, has made its free online premiere on Vimeo this week. BAFTA-winning animation studio Blue Zoo has been creating critically acclaimed short films to hone its storytelling craft for the past 20 years.

The #BZShorts initiative encourages the company’s wealth of talent to explore new and innovative ways to push creative boundaries and improve workflows — an inclusive program where anyone in the studio can pitch to direct, to nurture new talent and give opportunity to all.

Director Dane Winn rendered his new short Ada entirely in Unreal Engine, a program usually associated with the gaming industry which is capable of rendering material many times faster than with traditional technology. This gave the team freedom to create numerous iterations and for creative decision making to be executed and rendered almost entirely on the fly.

The film itself is a hard-hitting story about Ada Blackjack, an Alaskan seamstress stranded on an Arctic island and struggling for survival as she journeys back to her son, inspired by a true story. “It was essential to tell her story the right way and that it was handled sensitively. That was the foremost focus before we got into the software,” said Winn.

The Blue Zoo Shortform team came together to devise the film and tackle the new challenge and uncover the opportunities of real-time rendering in-house over the course of 14 months.

“Working with Unreal, I soon discovered how intuitive the program was. Real time offers an immediacy for the lighters that we hadn’t had before. Their role quickly evolved into cinematographers, juggling shading, lighting, comping and grading all at once,” Winn explained. “But ultimately, Ada’s story is a very human one, a mother needing to return to her son. What was important for me, was arriving at a single moment at the end of the film that had something to say, everything before it had to get us there.”

Though this accelerated pipeline was a thrilling prospect, the team were keen to let the story unravel slowly with focus on the titular character, Ada. “In a world of TikTok attention-span-sapping content, we pushed in the opposite direction to celebrate the art of storytelling and made a 10 minute short,” added Blue Zoo Co-Founder & Managing Director, Tom Box.

New business manager, Craig Purkis said about the project, “This exciting development into Unreal Engine and real time rendering means we can turn projects around far quicker than we were previously able to, opening up opportunities for Blue Zoo to produce reactive animated advertising.”

You can watch Ada as well as other Blue Zoo shorts and commissioned projects on the studio’s Vimeo page. Learn more at www.blue-zoo.co.uk.

Synopsis: Stranded on an arctic island with a dying man in 1921, an Alaskan seamstress must overcome her fears of the wilderness and find the strength to survive if she ever hopes to return home to her son. Inspired by the true story of Ada Blackjack.

Ada from Blue Zoo on Vimeo.