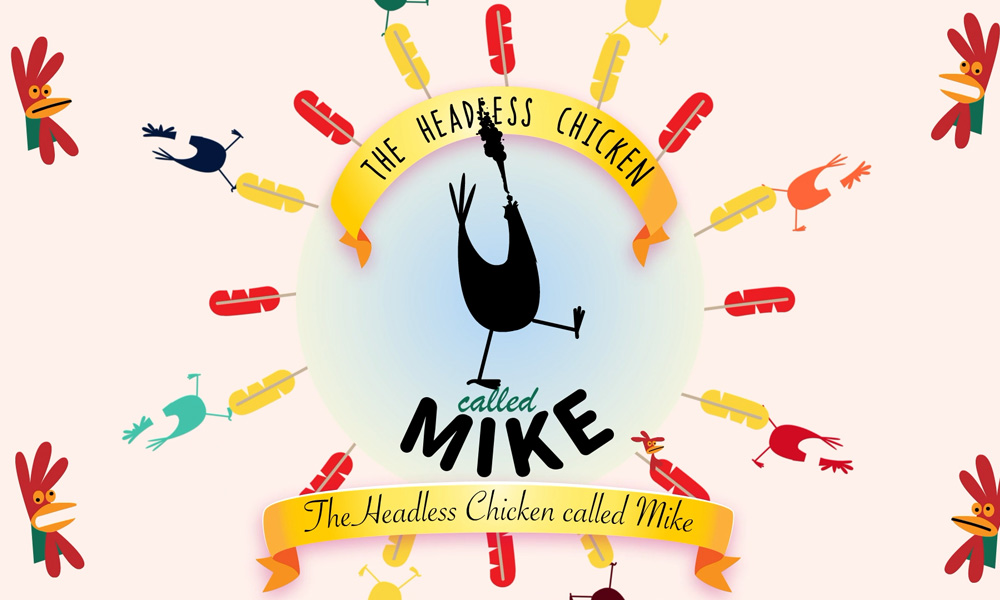 London-based animation house Kong Studio keep on cluckin’ with its original content series A Long Story Short, this time putting a sunny, musical spin on the strange but true story of Mike the Headless Chicken. Each installment of the series aims to tell an interesting, amusing true story in under 60 seconds of animation.

The rooster’s macabre story begins in Colorado in 1945. Mike, a male Wyandotte chicken, defied death and continued to live for a further 18 months after having his head chopped off by hungry farmer Lloyd Olsen. Mike had lost his head, but he gained fame and fortune travelling sideshows until he died in 1947. His legacy has hen-dured ever since. 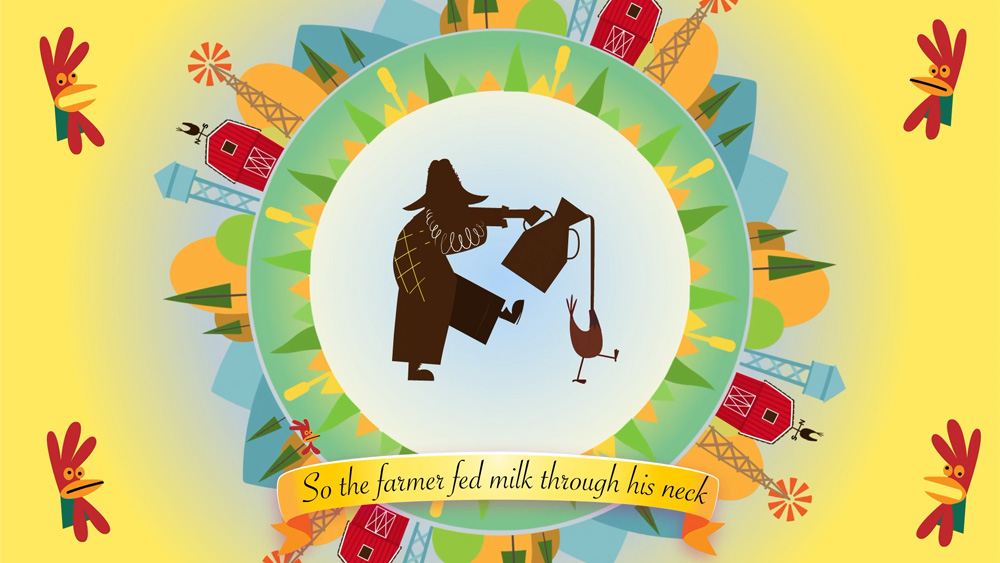 Kong Co-Founder Tom Baker had been aware of the true story of a chicken who lived without his head for some time. Once Kong’s first Long Story Short installment, Two Ton Tony (written by Bill Elliott), had been released, expectations were high for Baker to come up with his one-minute animation. But he didn’t want to put all his eggs in just an animation basket. He chose to write and sing a song to tell the story, too.

“I’ve always dreamed of writing a silly song about chickens and when we started our Long Story Short series, it felt like time,” said Baker. “Cartoon chickens are funny. Walking chickens are even funnier and if you take the head off, put it to music then that’s a long way to having something worth making.” 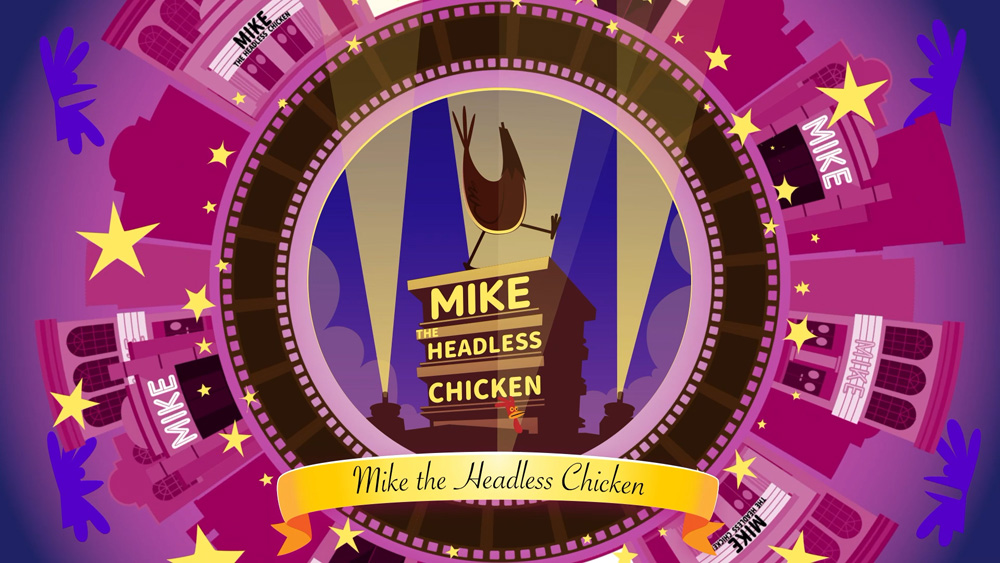 Baker worked tirelessly to nail down the words, melody and animatic in one evening, then it came time to bring color and motion to the evocative tune. The circular motion framing the action — reminiscent of an old record spinning on the player — was plucked from an earlier concept by designer Matt Oxborrow, who added many of his own artistic flourishes to the short’s overall style.

The short was written and composed by Baker, who also served as designer (with Oxborrow) and animator (with Bill Elliot). Emma Burch was the project’s producer.

Mike the Headless Chicken is available to watch on Kong’s Vimeo and YouTube channels. Check out the rest of Long Story Short and the studio’s other work here.