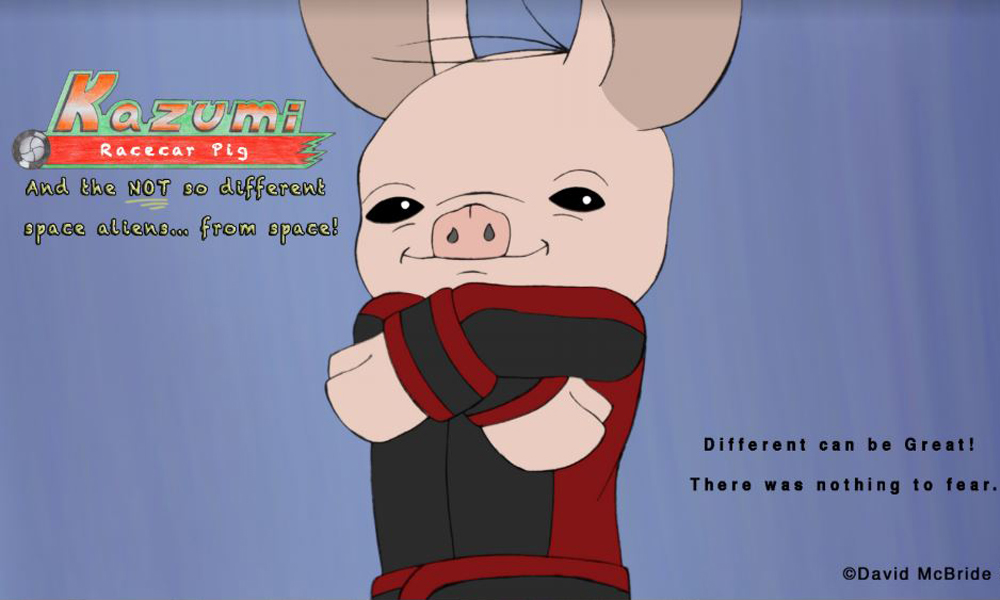 A new traditionally animated short with a positive message will debut next month in Philadelphia. Directed by East Coast animator David McBride, Kazumi the Racecar Pig is a kid-friendly tale about tolerance and acceptance with an interstellar twist. The film will premiere at the Kimmel Center for the Performing Arts on Saturday, July 13 at 1:30 p.m., with all ticket sales being donated to Philadelphia Ronald McDonald House and PADD (People Against Distracted Driving).

To highlight the short’s theme of cultural diversity, the premiere will also feature a performance of the Penn Chinese Dance Club. Attendees will also get a chance to take a picture with a costume character Kazumi, and will receive a special premiere print. Families from the Ronald McDonald House will be attending free of charge.

Tickets are on sale now.

Featuring the voices of YouTube star Anna Brisbin (BrizzyVoices), veteran voiceover artist Jason Marsden (A Goofy Movie, The Lion King 2) and Maria DeMagistris, Kazumi the Racecar Pig centers on a little pig who is afraid of anything different from his own culture. This fear keeps him from making friends when some new animals come to town. One night, Kazumi crashes his space racecar on an alien planet, where he must learn to get along in a different world in order to get home. He comes to understand that different can be great, and we are all not so different from one another.

McBride was inspired to create the short after overhearing some children make disturbing comments about people from a different culture. Over the course of two years, he hand-animated the short on paper, using Toon Boom Harmony for compiling and color, Photoshop for background painting and Premiere Pro to put the film together.