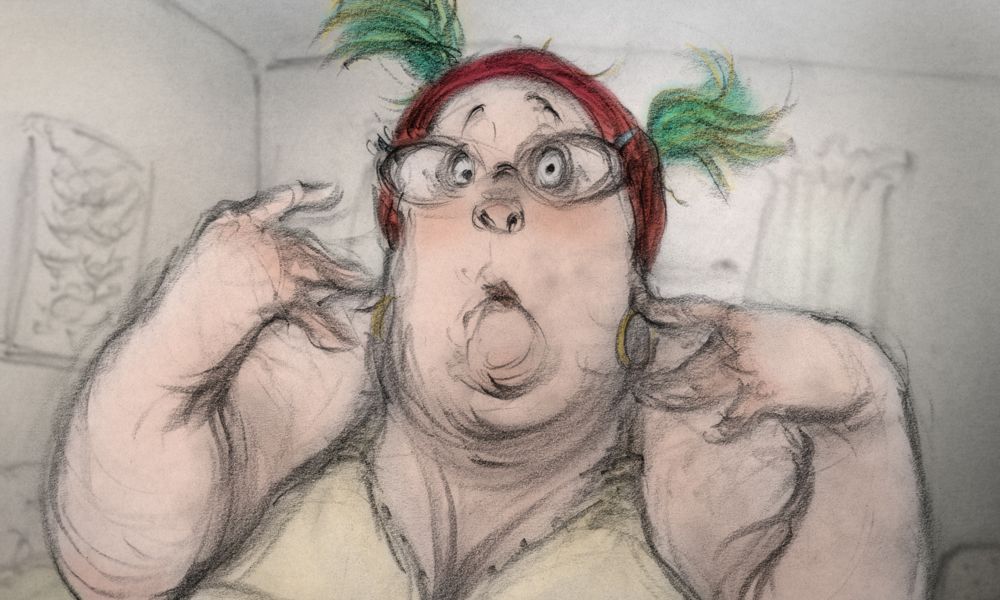 Director Joanna Quinn and producer/screenwriter Les Mills’ new animated short film feat Affairs of the Art has won the 2021 Award for Best Animation at the Clermont-Ferrand International Short Film Festival. The first co-production between Beryl Productions International and National Film Board of Canada, the hand-drawn film was presented as a world premiere among the 78 films in the international competition.

With Affairs of the Art, Quinn and Mills continue the series of beloved, hilarious and award-winning animated U.K. films starring “Beryl,” a 59-year-old factory worker who’s obsessed with drawing and determined to become a hyper-futurist artiste. We also meet her grown son, Colin, a techno geek; her husband, Ifor, now Beryl’s model and muse; and her sister, Beverly, a fanatical narcissist living in L.A. Affairs of the Art provides glimpses into Beryl’s, Beverly’s and Colin’s peculiar childhoods, and we see that obsession is in this family’s DNA.