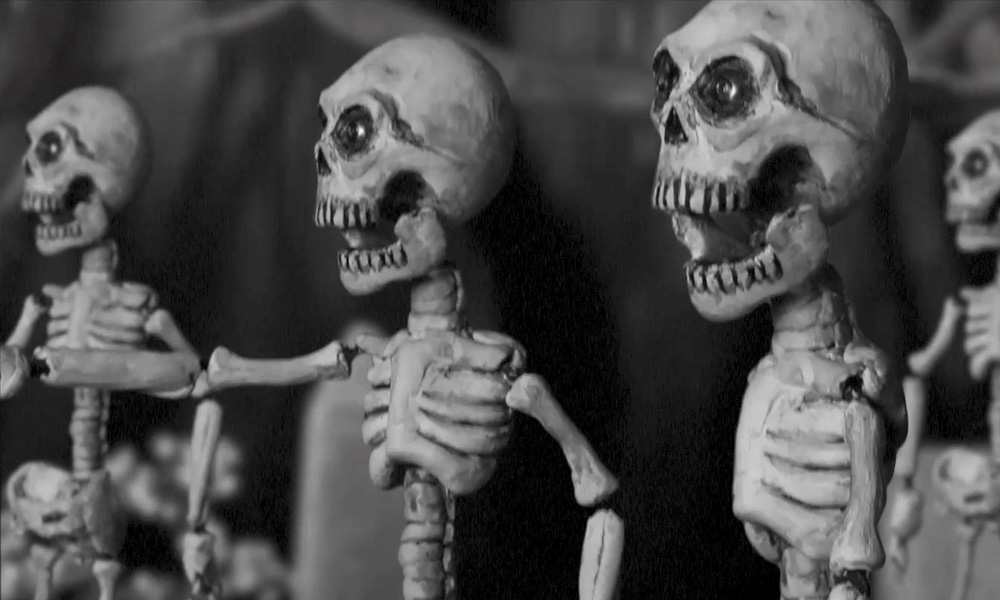 Since setting up shop as a single-screen theater in Austin, Texas, the Alamo Drafthouse has built a reputation as a hub for cinephiles and expanded its distinct moviegoing experience to dozens of locations across the U.S. This month, the Alamo cinemas are bringing the spirit of classic cartoons back to the big screen with Danse Macabre, a seasonally spooky new animated short from director Dawn Brown and her studio, The Monster Shop.

Danse Macabre is a stop-motion tribute to the classic hand-drawn short Skeleton Dance (1929), directed by Ub Iwerks and produced by Walt Disney, as well as a nod to stop-motion monster master Ray Harryhausen. To recreate the bone-clattering chorus line, Brown used one hand-crafted skeleton puppet and moved the camera four times for each shot. The two-minute film also brings to life a skulking werewolf, spider and bats under the full moon’s light.

The short is screening exclusively as part of the Alamo Drafthouse Cinema Preshows with the Halloween-appropriate titles Lamb, Halloween Kills and Ghostbusters Afterlife (opening Nov. 19).

A lifelong fan of comic books and monster movies, Dawn Brown has worked in the art departments for some of Hollywood’s biggest feature films alongside award-winning designers and directors, including J.J. Abrams, Steven Spielberg and David Fincher. She has designed sets and created concept artwork for major motion picture franchises including Pirates of the Caribbean, Transformers, Star Trek, X-Men and The Hunger Games as well as upcoming Disney+ event series Obi-Wan Kenobi. With The Monster Shop, Brown has moved into the directors chair on live-action and animated projects including the award-winning short Zooland, award-winning webseries House of Monsters and SYFY bumper “Space Monkey.”