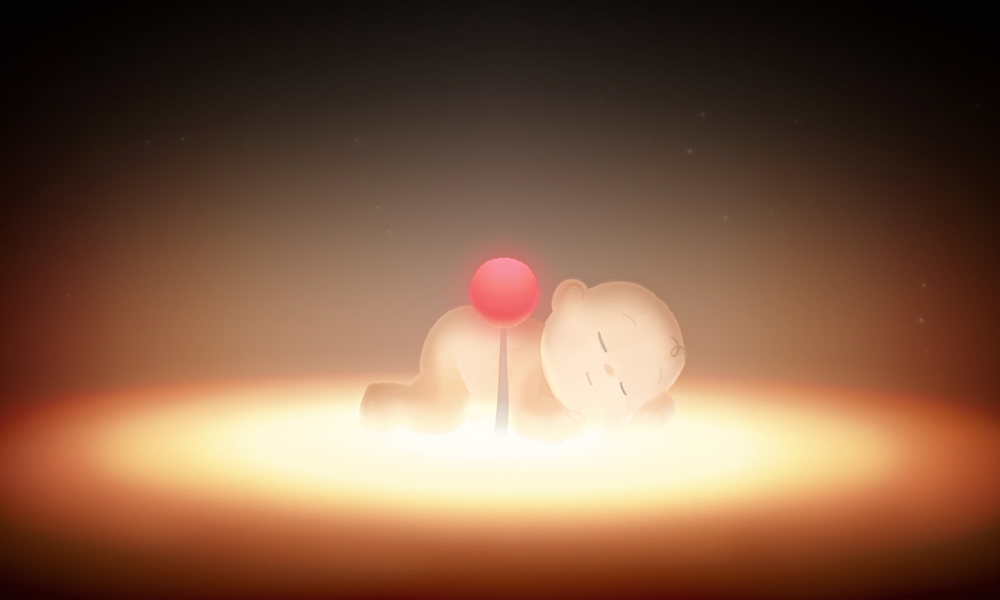 ***This feature originally appeared in the December ’21 issue of Animation Magazine (No. 315)***

Korean writer-director Erick Oh, who was nominated for an Oscar for his ambitious short Opera earlier this year, is back on the scene again with another powerful project: Produced by Baobab Studios, Namoo is a highly personal short (available both in VR and linear formats) which was inspired by his own grandfather’s passing. We asked Oh to comment on some of the project’s beautiful artwork. Here is what he shared with us:

Scene 4: This is the moment the boy discovers his love for art. We finished this shot first as a test, not only because this is one of the most important scenes of the film, but also, this contains lots of things we had to solve visually and technically. As a result, this shot became a guiding star for the rest of the film. That being said, every step and stage of completing this shot was a challenge. Here are breakdowns: 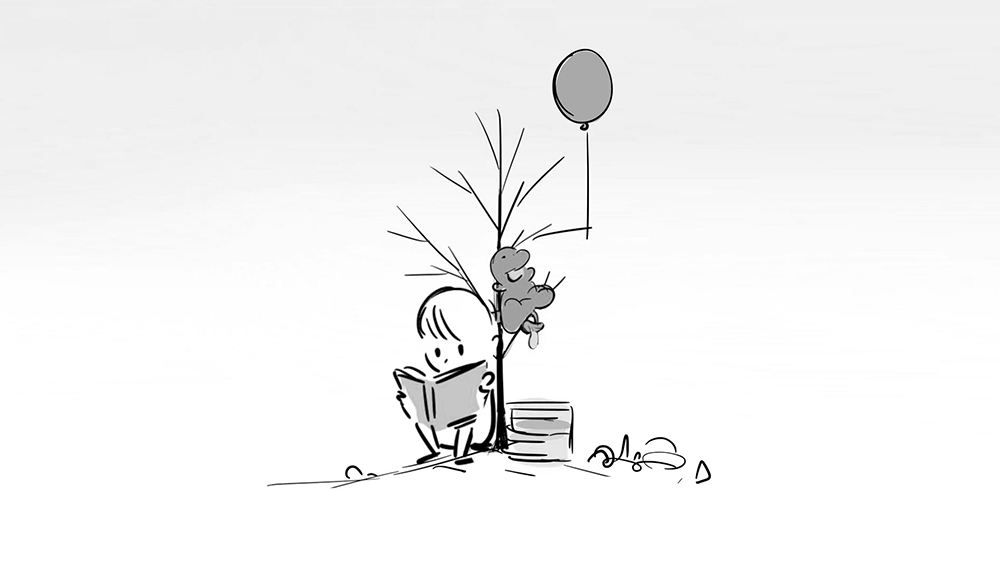 1. Storyboard. It always starts from a rough thumbnail board which contains the high level story points. This is where I figure out what the boy needs to be doing and how he starts drawing. 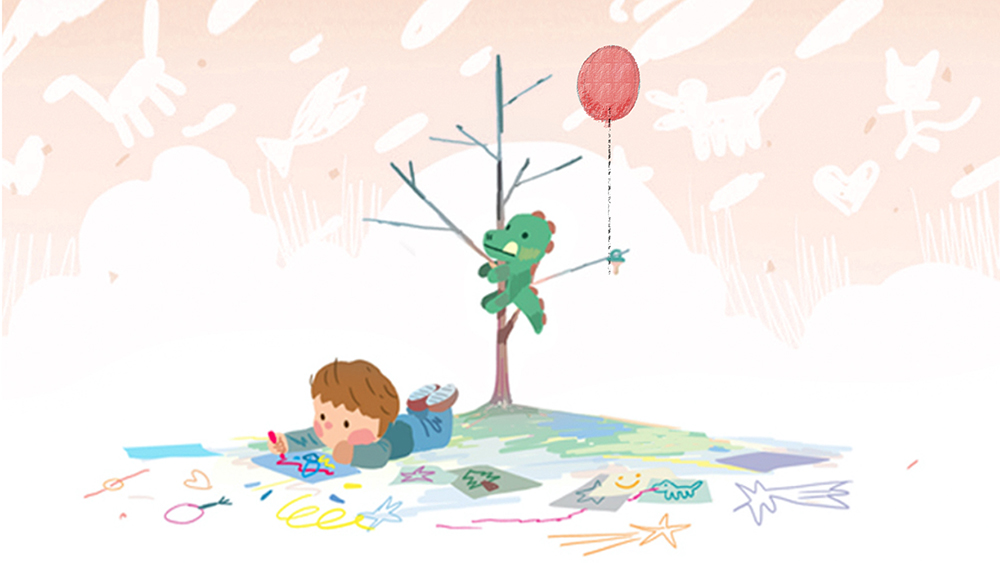 Concept Art. Then, Eusong Lee, the art director, took this drawing and visually explored it in different directions, in order to capture the right tone and emotion of the moment. Also, since this is a film that has to clearly indicate the passage of time through four clear seasons. Eusong spent lots of time designing the overall color script from beginning to end. This shot has a warm pastel color in the sky because everything here is all about youth, dream, hope and innocence. 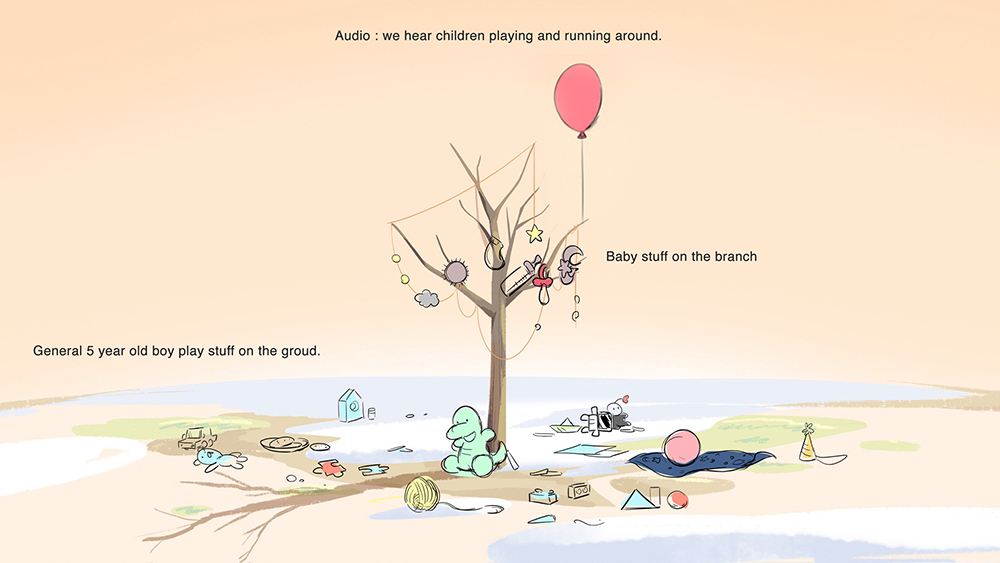 3. Scene Development. While Eusong figured out the overall tone, I made further steps into the story. Which objects are hung on the tree or on the ground? Why do they need to be there? What are the main objects that the audience needs to pay attention to while what are the supporting objects? 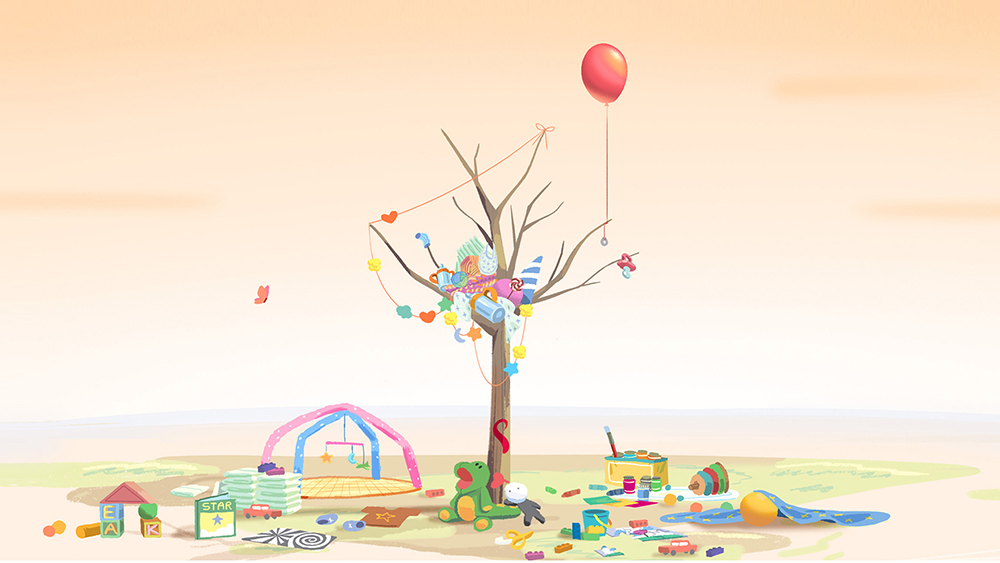 4. Master Painting. After I finished the detailed planning, Eusong took over again and took it to the next level by finalizing the look and design of the shot. Eusong did an amazing job coming up with the painterly look that has an organic, warm, traditional touch. Mixed medium between watercolor and oil painting. 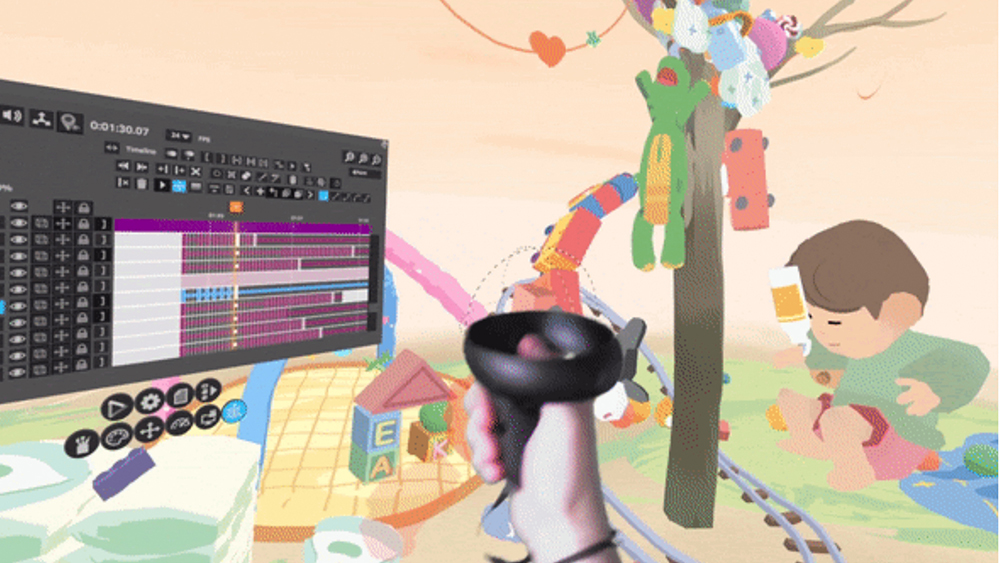 5. VR Quill Painting. Then, our main Quill artist, Nick Ladd, repainted everything three dimensionally in VR space by using Quill, the VR software developed by Oculus. It allows the artist to be able to draw, paint, animate and design intuitively in VR right away. So, this became the main software to actualize this film. Eusong and Nick had to work together to find a way to absolutely match the look between Eusong’s 2D painting and Nick’s VR painting. It was a very challenging process but after many attempts and trials, we were able to come up with a look we were all happy with. 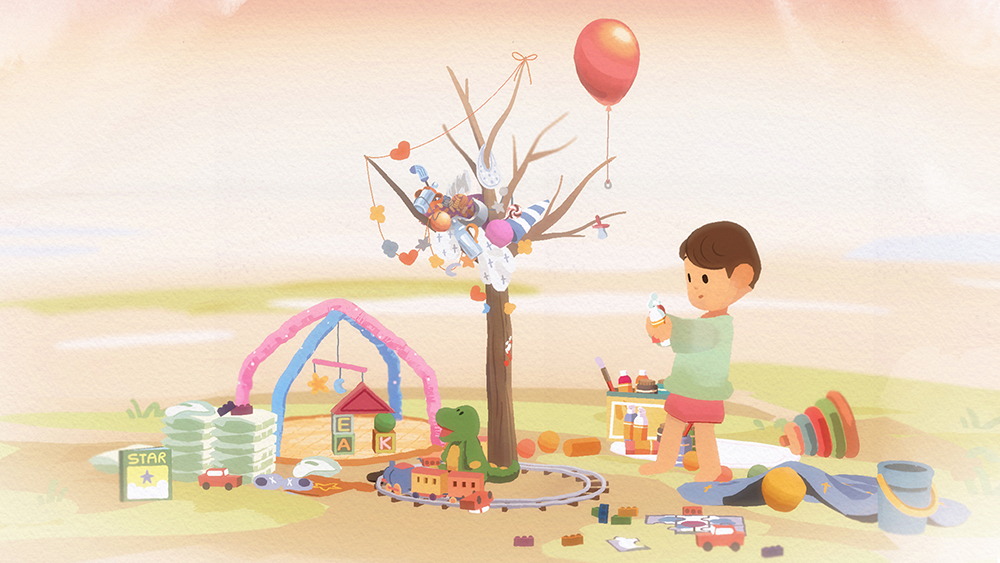 Final Rendering. At last, we exported everything to Unity for the cinematography. Again, extremely challenging because this process of translating what is made in Quill into Unity was never done before, anywhere. But thanks to the cinematographer, Kelly Nakasone, and many artists’ hard work, we were able to successfully deliver everything to Natan Moura, the After Effects compositor. Natan added extra effects and made the final tweak for the final rendering.