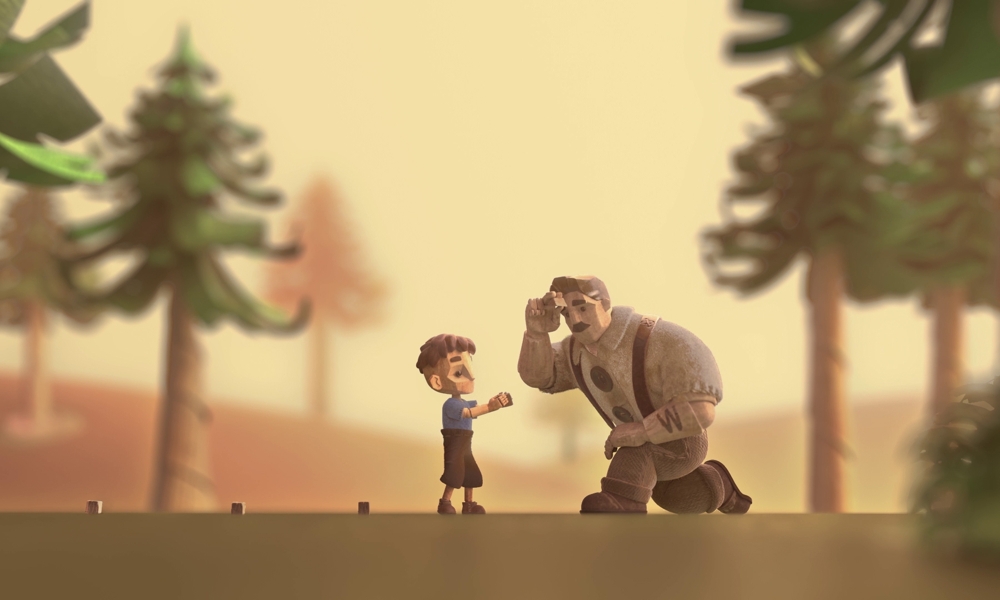 Hype Animation Studios in co-production with Brazil’s Fabrica do Futuro brings to the screen the short film Boy in the Woods — a musical, non-dialog tale about empathy and acceptance with a strong social theme.
When an autistic little boy gets lost in a strange forest, the only way for his father to rescue him is by understanding and connecting with his unique world. Directed by Fabiano Pandolfi, written by Jordan Nugem and produced by Gabriel Garcia and Francisco Hauck, the 11-minute short is available to watch worldwide on YouTube, timed to Autism Acceptance Month.

“The project required a special care and sensibility from all of our crew to bring out the correct approach. We wanted to deal with the theme of autism in a pure way avoiding victimism or unnecessary expositions,” said Pandolfi. “We researched together with families with autistic children about how the kids (and their parents) see the world and tried to reproduce a little of those feelings on the screen.”

According to the U.S. Centers for Disease Control and Prevention, one in 54 children has been identified with autism spectrum disorder (ASD). “For us at Hype it is very important to bring awareness to the subject,” said Hype CEO Gabriel Garcia, who produced the short. “It’s a very recurrent theme, but maybe not discussed enough by the general public.”

The production of the short film lasted two years, and Hype also counted on Francisco Hauck from AudioPorto, who created the soundtrack. The animation part was done in partnership between Hype and the Peruvian studio Red Animation. The two companies — together with PunkRobot in Chile — form the Los Amigos group, the largest collective studio in the entire Latin American territory, producers of the digital-first Angry Birds Bubble Trouble series.

Hype is an animation studio located in the city of Porto Alegre, Brazil, dedicated to series and movies production. The studio created the award-winning short Ed (2013). With the success of the series Dino Adventures (2015, Disney Channel/Disney Junior), produced by Danone-Cinefilm, the company decided to enter the IP market, creating Hype Lab to develop brands and products for commercialization, cross-platform display rights and licencing. Hype’s credits also include Quirino Award-winning series Tainá and the Guardians of the Amazon (2018, Nickelodeon/Netflix) and children’s series Guitar and Drum (2019, Disney Junior LatAm), distributed by 9 Story.