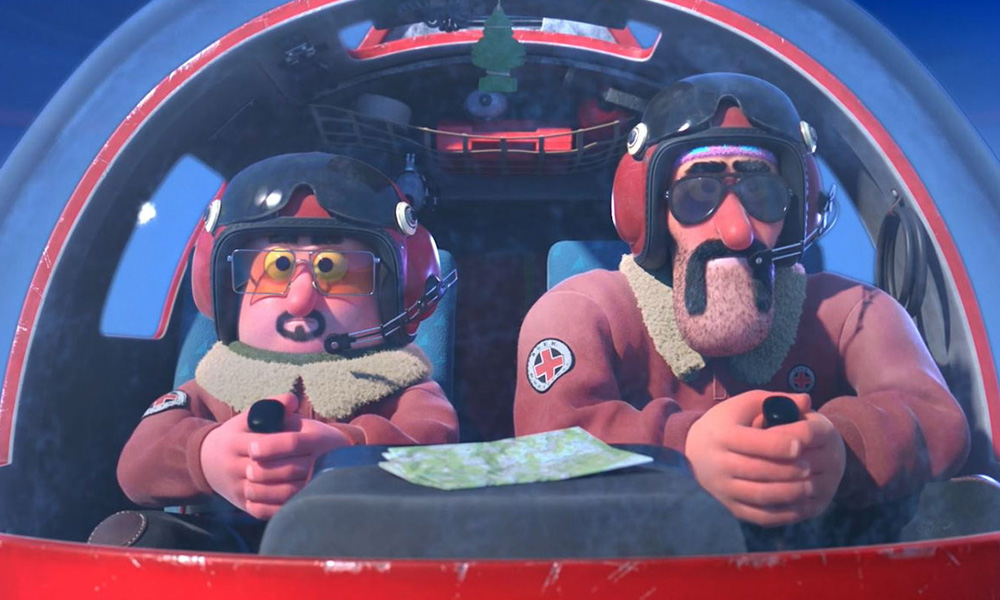 It has been quite a year for France’s École des Nouvelles Images grads Léo Brunel, Loris Cavalier, Camille Jalabert and Oscar Malet. Their CG-animated graduation short Hors Piste, which follows the madcap trials of two mountain rescue experts, picked up the prestigious BAFTA Student Award for Animation, an Annie nom and several other prizes. That means their short qualifies to run in the Oscar race.

“Thanks to the film, the four of us [each] found a job right after our graduation,” the co-directors tell us. “Loris is now a lighting artist at Mikros in Montreal and working on some pitch on his own, while Léo is developing his own feature film as a director at Illumination MacGuff in Paris, and Oscar and Camille are working together in the MegaComputeur collective, in Passion Pictures London. Now that the film is eligible for the Oscars, we keep on meeting new people every day from all around the world!” 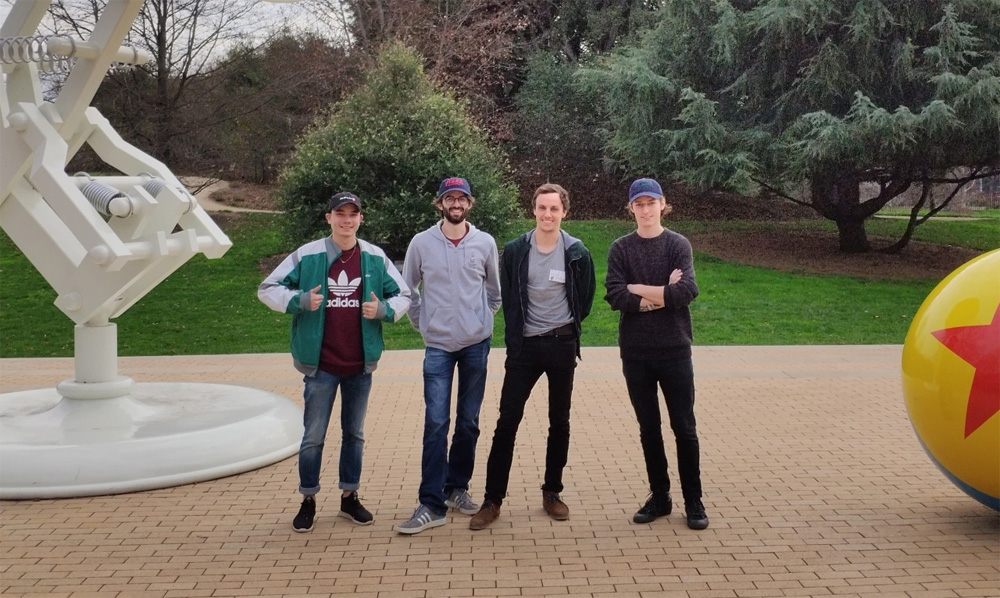 The quartet started working on their short during their last year at ENSI. The school asked them to come up with three ideas, and their first one was about people getting lost in a snowstorm in the mountains. “Two of our fathers are Alpinists, so we really used that factor in this universe,” they note. “We wanted some slapstick elements and matched that with having two losers who guide tourists in the wild.”

The team worked day and night for nine months on their short. In terms of animation tools, they mostly relied on Maya, some modelling in ZBrush, texturing with Substance Painter, Yeti for all the fur, Nuke for compositing and Houdini for special effects. They also relied on Guerilla Render as the look development and rendering tool, and scripted their own pipeline, which saved them a lot of time. The short’s catchy music was composed by Nicolas Peiron from MAAAV, a music school in Lyon, which has a partnership with ENSI.

Looking back at the experience, the team says they faced two main challenges. “We wanted it to look professional, and it had to be funny,” they recall. “We really wanted great animation, effects and lights. We worked hard to try to get the hybrid cartoon/realistic look. The special effects took some time to deliver and were probably the most challenging technical part. In terms of comedy, we had to draw a huge amount of little jokes on Post-Its, we imagined about 200 comedy moments, situations and slapsticks effect, and then narrowed it down to keep only the best ones in the short.”

The directors say one of the best reactions to their film happened at the BAFTA student awards ceremony. “The introduction works pretty well. Since the beginning of the project we really wanted this ‘80s vibe during the helicopter sequence. We’re so happy when we have laughs at screenings. The first time we showed the film for our graduation jury, we were stressed that we wouldn’t get good reactions, and it was a huge relief to see the audience laugh.”

Brunel, Cavalier, Jalabert and Malet name animation stars such as Genndy Tartakovsky, Alberto Mielgo, Pete Docter, Eric Guillon, Alex Hirsch and Fabrice Joubert as some of their biggest idols. They also believe that they’re quite lucky to be living during what some consider the dawn of a new golden age for animation. “When we see the level of the students coming out of schools, big studios trying out new things like Sony did with Spider-Man: Into the Spider-Verse, and the change of consumption paradigm towards streaming, we can say that we are living in a very interesting period with a lot of opportunities!”

Finally, we have to ask them about the best animation advice they got from their elders. “It has to be ‘keep it simple!’ I think we heard this so many times by so many different people that we can’t really attribute to just one person, but it has many truths in it. It’s something we tried to convey in every part of our short.”

Hors Piste is available to watch online: https://vimeo.com/ondemand/horspiste. You can learn more about the short at facebook.com/horspistemovie.