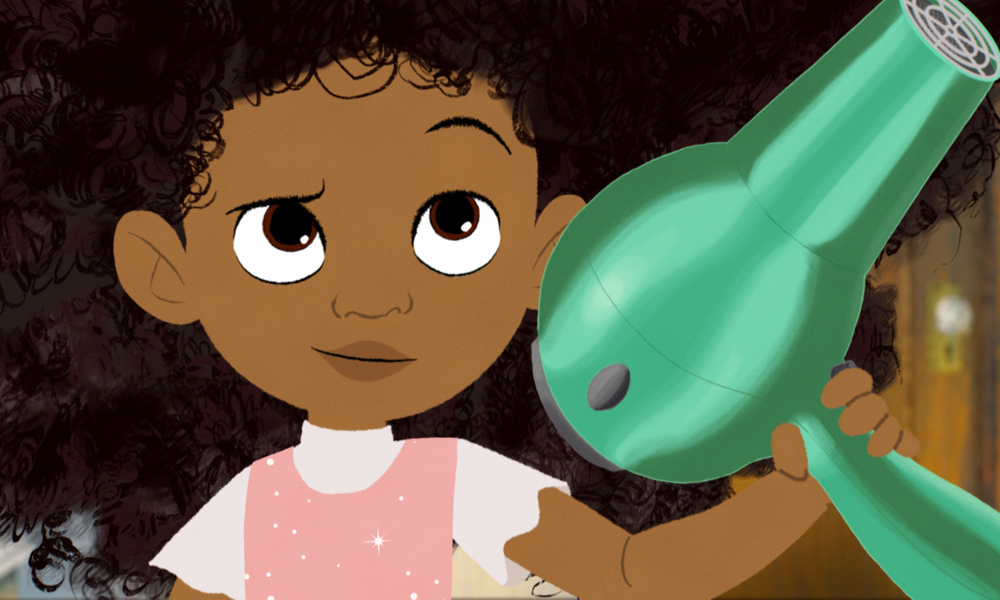 The making of an animated short about an African-American dad who’s trying to fix his daughter’s hair may be one of the sweetest underdog stories of the year.

Hair Love, which is directed by former NFL player Matthew A. Cherry, Bruce Smith (creator of The Proud Family) and Pixar and DreamWorks animator Everett Downing, began its life as a Kickstarter campaign about two years ago. Thanks to Sony Pictures Animation exec Karen Toliver, who brought the short to her studio’s attention, what was once a simple idea in Cherry’s head became a beautifully animated and produced short, which played with The Angry Birds Movie 2 in theaters this past summer.

Cherry, who is not a father himself, said he was inspired by seeing videos of dads interacting with their daughters on social media. “These videos seemed to outperform others, and I have a lot of friends who are fathers,” says the freshman animation director. “I think as a filmmaker you just have to put yourself in other people’s shoes and do your research.”

Things really started to take off when Cherry reached out to Peter Ramsey, the Oscar-winning director of Sony’s Spider-Man: Into the Spider-Verse. “Peter was very encouraging,” he recalls. “He told me that animation is a medium, and that we had enough material to make it work as a short. We needed to just make sure we brought something special to the short to make it stand out, and that was the idea to have the hair have a mind of its own.”

Cherry introduced the short to producer Toliver through a mutual friend back when she was a development at Fox. After Toliver found a new job at Sony Pictures Animation, she brought Hair Love to studio president Kristine Belson and got her support on the project. 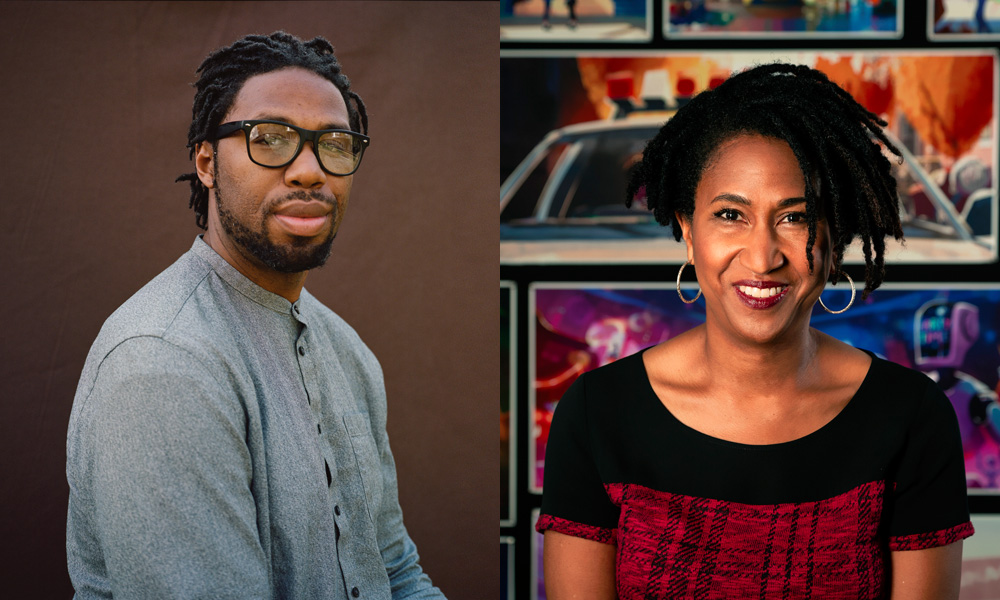 As an African-American woman who has worked in animation for the past two decades, Toliver says the subject matter was very personal to her. She adds, “I had never worked with an African-American director before. So, to sit in a room and focus on our shared experiences was a great experience for me. Matthew is such a compelling storyteller, and he had something specific, positive and uplifting to say, so I was thrilled to be part of this project.”

L.A.-based studio 6 Point Harness was the short’s main production company, and about 60 people worked on the project in the months that followed, with Sony helping out as needed as well. The animation was a combination of hand drawing and Toon Boom Harmony. “For the look of the short, we pulled a lot for real-world inspiration, children’s book illustrations that we like, and natural hair vloggers,” says Cherry.

The director, who has a live-action feature and TV background, says he was intimidated in the beginning. “I am not an artist, so I thought the animation process would be quite different,” recalls Cherry. “I found out that the storyboarding process is very important, which is similar to live action. This time, the entire storyboard was going to become the movie. My co-directors Bruce and Everett was just great, showing the animators who our main characters would move, so I picked up on it. The biggest lesson is how everything needs to be created from scratch. Everything is intentional and has to support the narrative and the direction.”

Both Cherry and Toliver point out the importance of having representation in animation. “One of the main reasons I wanted to do the short was because there were so few animated projects featuring people of color,” says Cherry. “The Proud Family was the first time I saw a black family interact in an animated TV show. Animation is such a broad medium, so entire families can enjoy a story about a black family, and young girls can see themselves on the big screen.”

Toliver says it has been especially wonderful to see the great response to the short. “We’ve seen great videos of fathers and daughters on social media, who have recreated scenes from the short,” notes the producer. “Little girls seeing the short and saying ‘That’s my hair, daddy!’ That has been really gratifying for us.”

Looking back, Cherry says, “I was confident that we were doing a project that would be impactful and change the usual narratives of natural hair and black fatherhood. But when people come up to us and say, ‘I wish I had seen something like this when I was growing up,’ that’s really powerful. I also hope that that audiences take away that it’s all about love, that regardless of your race and what type of hair you have, it’s important to take the time and make the effort to help out the people in your family.” 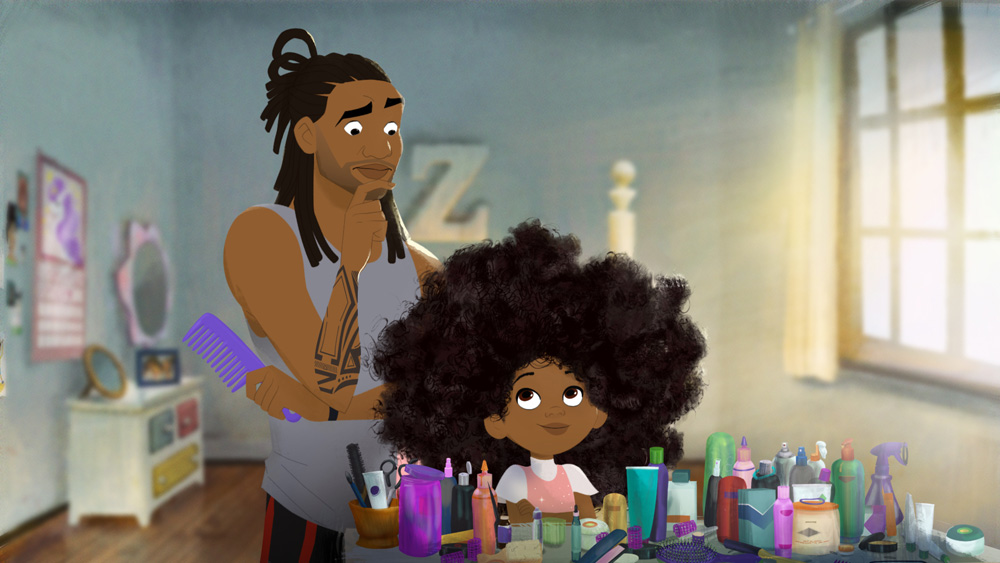