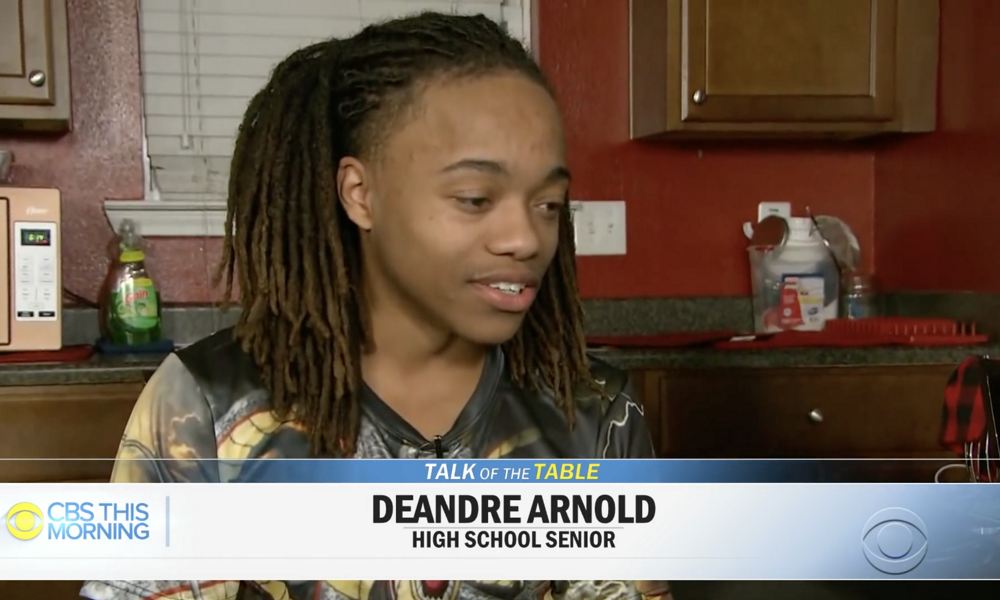 Mathew A. Cherry’s Oscar-nominated short Hair Love is offering its own kind of love to Texas student Deandre Arnold, who was told he would not be allowed to walk at graduation unless he cut his dreadlocks. Cherry and the producers of the acclaimed short have offered to take Arnold and his mom to the Academy Awards on Sunday Feb. 8th as their official guests.

Arnold and his mom were told the news via video thanks to the team at CBS This Morning show. “We have all been so inspired by your story and this is the very least we can do to thank you for standing up for yourself and your right to wear your natural hair at school,” said the short’s director Matthew A. Cherry,” who told Arnold the good news along with producers Dwayne Wade and Gabrielle Union.

Arnold responded, “I never thought that people like D Wade and Gabrielle Union would be on my side. The film is about hair love, and me and my hair, we kind of grew up together: We’re like best friends. It means the world to us that we get an invite like this!”

Hair Love tells the touching tale of a father who is trying to learn how to fix his daughter’s hair. Cherry says he wants his short to “normalize” natural hair. He was inspired to make the film after seeing viral videos of African American dads combing their daughters’ hair.

Earlier this week, Cherry told CBS This Morning that he had been very excited to meet Kobe Bryant at the Oscars. When Cherry’s nomination was announced, Bryant had tweeted, “Let’s go!!” “It’s just crazy,” said the director. “I just feel that much more like I have to represent. We have to keep his [Kobe’s] memory alive. I was so excited to see what he was going to do with his second act with his career. First project, he gets an Oscar, and I knew he was going to do more projects.”

Arnold has received lots of support from fans all over the country. He was invited to be a guest on The Ellen DeGeneres Show, and told the talk show host that he wants to go to college and become a veterinarian. DeGeneres, who also made a plea for the school to change its policy, brought singer Alicia Keys onstage and presented him with a $20,000 check to be applied to college.

You can read our story about the making of Hair Love here. 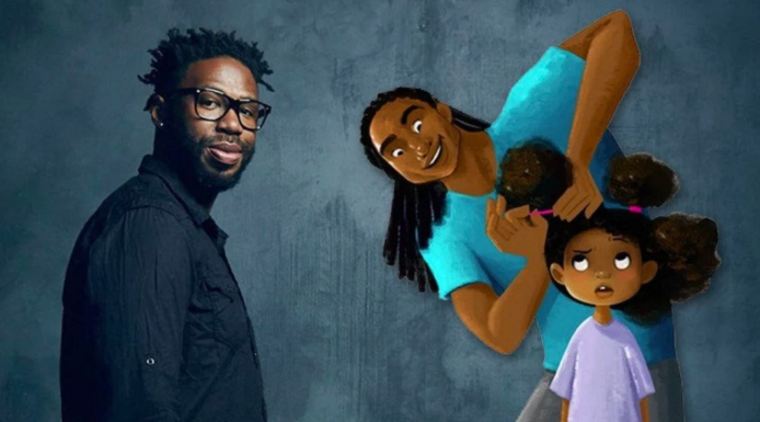