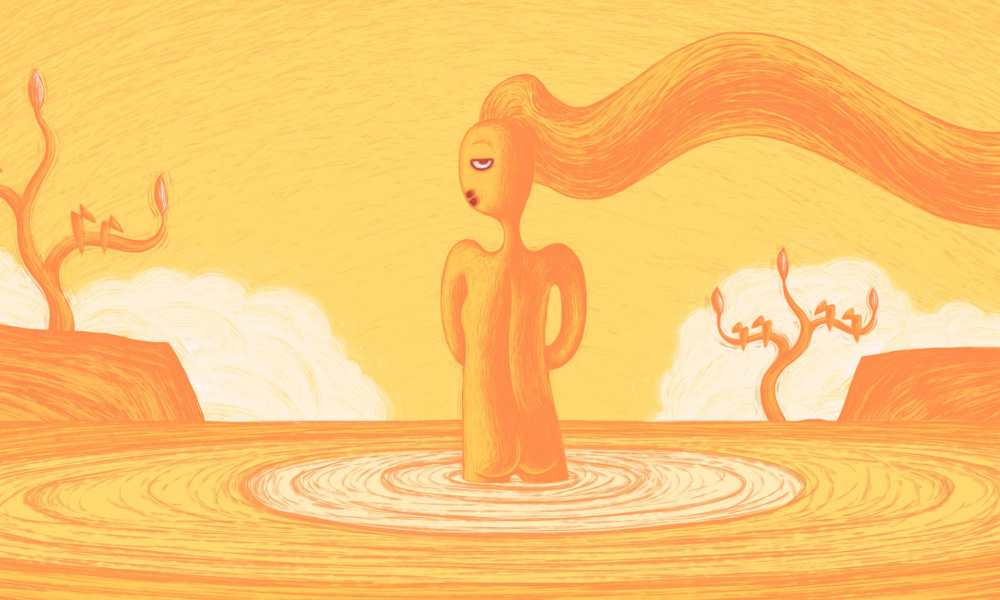 “After one year of exciting festival touring we will bring the film Altötting back to my hometown and to the people all over the world,” said Hykade. “I’m especially happy to be able to accompany Altötting with the film Myself Talks about Altötting, which elaborates on the making of the film.”

Altötting will also take part in the International Competition of the Animated Film Festival Stuttgart. The film will be available online within the festival program from May 6-16. Registration is now open at www.itfs.de/en.

“You know, when I was a boy, I fell in love with the Virgin Mary.”

In the small Bavarian town of Altötting, a mother takes her young son to visit a nearby chapel. The boy becomes entranced by the Shrine of the Virgin Mary inside the chapel and begins daily pilgrimages to see his beloved Madonna. His love, devotion, and passion for her continue to grow, until one day his world is crushed by the devastating secret behind her eternal beauty.

Hykade is the director of award-winning shorts including We Lived in Grass (1995), Ring of Fire (2000), The Runt (2006), Love & Theft (2010) and Nuggets (2015). Since 2015, he has been he director of the Animationsinstitut at Filmakademie Baden-Württemberg and the Chairman of FMX: The Conference on Animation, Effects, Games and Immersive Media.

Featuring designs by award-winning Portuguese animator/artist Regina Pessoa (Uncle Thomas), Altötting is a co-production between Studio Film Bilder, the National Film Board of Canada (NFB) and Ciclope Filmes. Hykade’s first collaboration with the NFB has won prizes from Cinanima, the Ottawa Int’l Animation Festival, Filmschau Baden-Württemberg and ICONA, and has screened in competition at Annecy, Animafest Zagreb, GLAS, Bucheon and more.