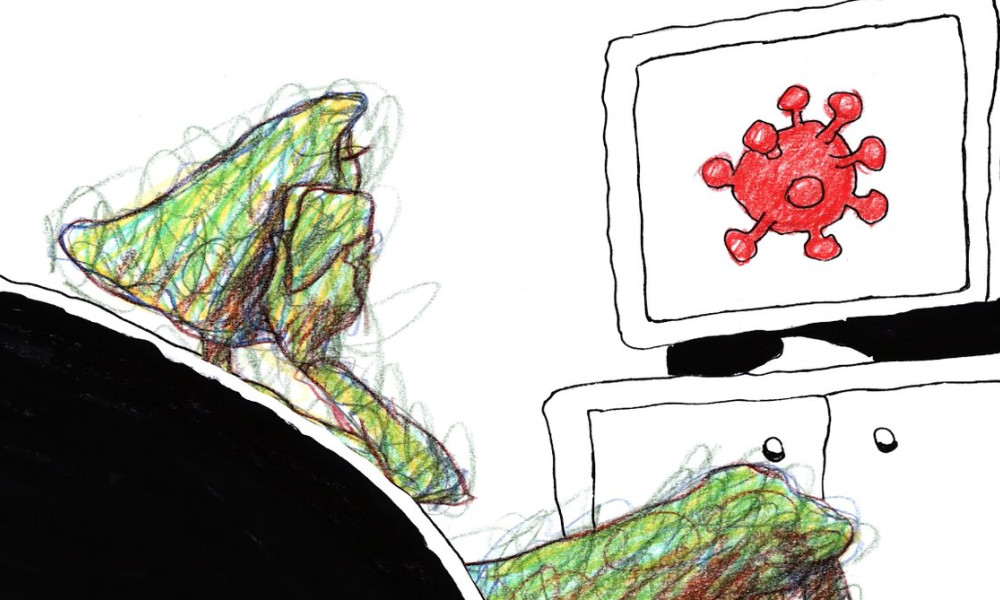 At the start of the pandemic, Danny Leonard and Lorena Hernández Leonard watched their daughter suddenly become ill with a cough — the kind of cough that made everyone pull away from you at the time.

When they took her to the pediatrician, the doctor was wearing what amounted to a hazmat suit. In April, 2020, COVID tests were in such short supply that their daughter didn’t receive one and they had to take her home not knowing whether she had the virus or whether the rest of the family could catch it from her. 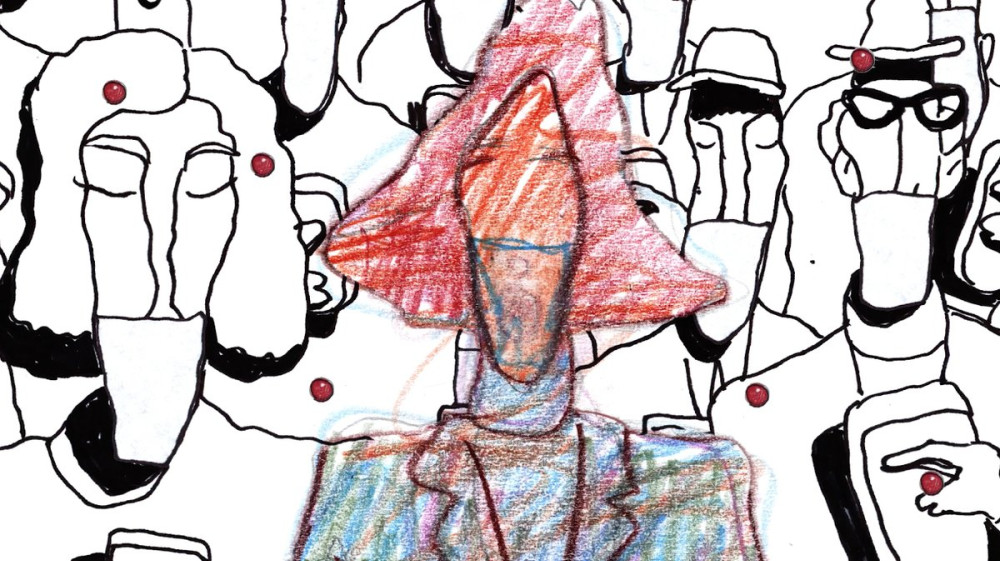 This trying experience became the inspiration for the lauded short film Demi’s Panic, which features animation by the legendary indie director Bill Plympton. The powerful short tells the story of a Latina woman in New York City who is overcome by fear as coronavirus spreads around her.

“I had experienced anxiety and worry in my life, but never clinical anxiety,” says Danny Leonard, writer and producer of the short. “And I had the dubious distinction of experiencing it for the first time in my life [during the pandemic] and then realizing it’s very physical. It’s not just mental. Bill’s idea was to make that [visible] through Demi’s figure and the colors that you see. So, as you know, he uses colored pencils to show how the anxiety manifests.” 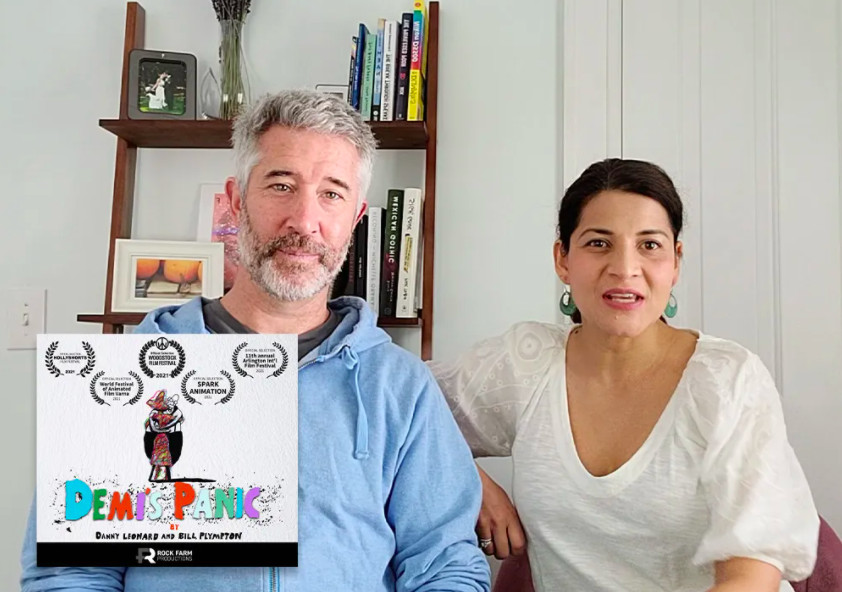 Plympton became involved in the project after Danny Leonard wrote the script over several months. A mutual friend suggested that Plympton look at the script to give feedback. Then, a surprising thing happened.

“He sent me the script and it was something like 10 pages long,” says Plympton. “And it was really wonderful because not only was it a great story but it had really beautiful imagery in it. I loved the imagery a lot and, of course, it’s a very important topic right now. Then I did a storyboard and added even more of the manic visuals then he had in the script, but he liked it and he said that it worked well. So, I started designing the characters and I think there were something like 80 layouts. Once those were approved, we started the animation and it was a really fun project because the visuals were so interesting and the story was so engaging.” 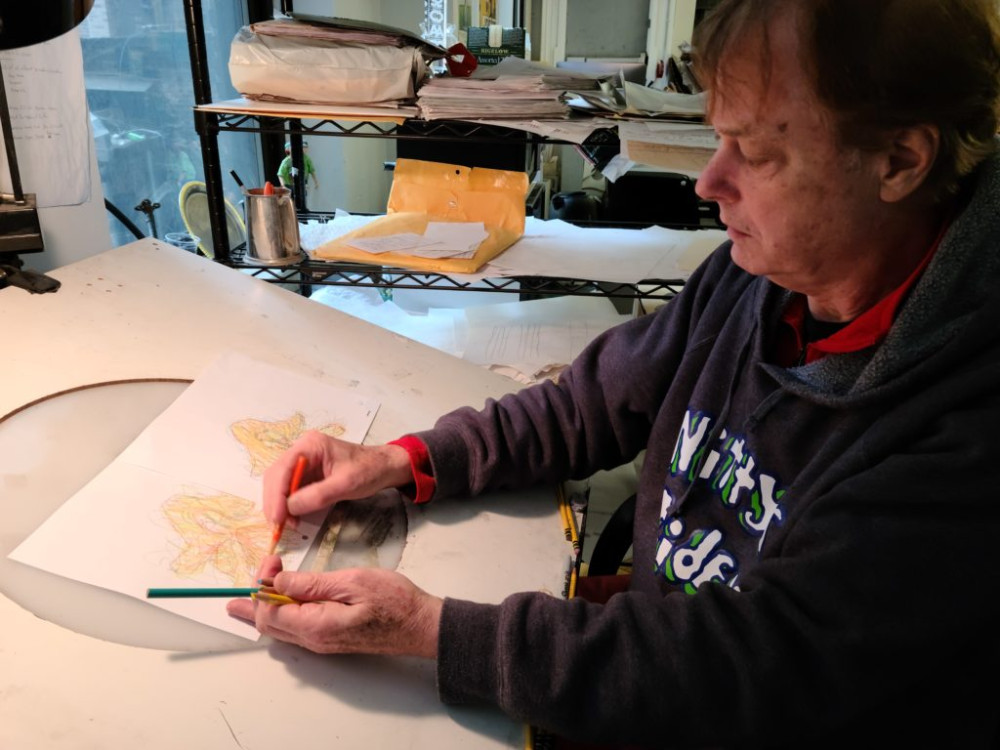 “Frankly, I was right in the middle of it because at that point New York City was shutting down,” adds Plympton. “It was very difficult. I had to close my studio and I couldn’t let people come back into my studio for over a year. It just felt urgent and prescient.”

So far, the short, which was funded in part by a Kickstarter campaign, has been an official selection at HollyShorts, Woodstock Film Festival and the World Festival of Animated Film in Varna, Bulgaria, with an upcoming screening at Short Shorts Film Festival & Asia in Tokyo, Japan in late October. Plympton will also be participating on an Oscar contender short films panel at this month’s World Animation & VFX Summit in November.

Plympton finished the animation on the film in about two months with a small crew of four people. He worked with colored pencils and black markers as he has done so many times throughout his amazing career. 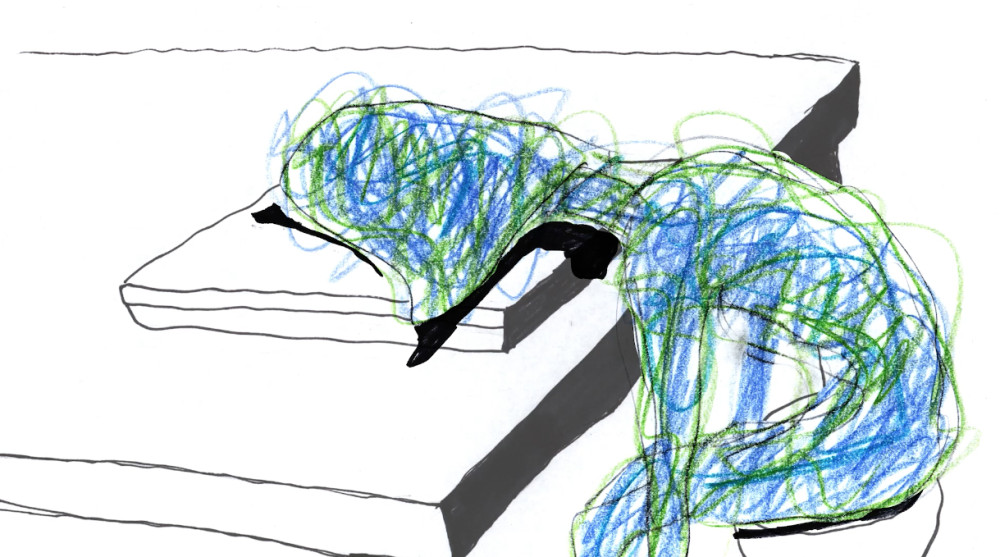 The director says he was moved by the music used in the film, too. Daniel Jimenez Afanador composed the score of the film and worked with a group of classical musicians in Los Angeles as well as folkloric musicians in Colombia. The musicians used specific Colombian instruments such as the marimba de chonta and the llanera harp. The filmmakers also secured the right to use two additional songs in the film: “Quizás, Quizás, Quizás” by Trio Los Panchos, which is used during a romantic dance scene, and the song “Catch That Pain” by Helado Negro.

Producer Lorena Hernández Leonard knew the music was a crucial part of telling this story. Demi is written as a Latinx character from a multicultural background — she has a father with a Brooklyn accent and a mother who speaks Spanish.

“We’re raising our daughters in this multicultural, bilingual household and this is America,” says Hernández Leonard. “It isn’t just white anymore and the Hispanic population has increased so much and we wanted to create that reality and express it through the film as well because it is a reality across the country. So, we wanted to portray our dynamics and the dynamics of many multicultural Latinx families across the country. Also, COVID has disproportionately hit the Hispanic and Black communities. Danny really wanted to bring in beautiful music from Latin artists so through some of my background in marketing we connected with Daniel Jimenez Afandor and everything he made for this film he created from scratch. He would come up with sounds for everything. He even came up with a sound for a viral [COVID] particle.” 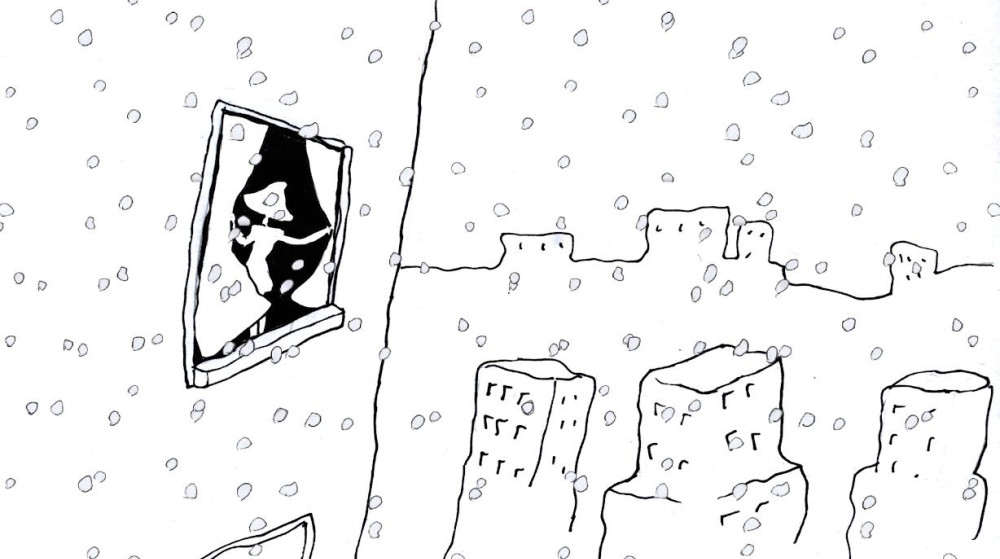 The acclaimed director, who was the recipient of ASIFA’s prestigious Winsor McCay award in 2007 and has won five top Annecy awards and earned Oscar nominations for his shorts Your Face and Guard Dog, says he never runs out of  ideas thanks to the notebooks he keeps all the time. Whenever an idea or observation strikes him, he jots it down in a notebook. He is also constantly doodling or drawing out new ideas. These notebooks have been his go-to for decades, whether he needed the next idea for an opener on The Simpsons or just about any other project.

“This is something very new for me because I’ve never done a serious short film before,” says the prolific Plympton, who has directed more than 44 shorts and six features (The Tune, I Married a Strange Person!, Mutant Aliens, Hair High, Idiots and Angels, Cheatin’, Revengeance) and continues to work on a new movie, titled Slide. “I’ve done politics before and dark humor. This one has no humor, so I really wanted to see what that was like to have a story with no jokes in it and I think it really worked.”

Point by Point: Honami Yano on Her Ottawa-Top-Prize-Winning Short ‘A Bite of Bone’
An Unforgettable Ride: Joe Hsieh on the Road to ‘Night Bus’