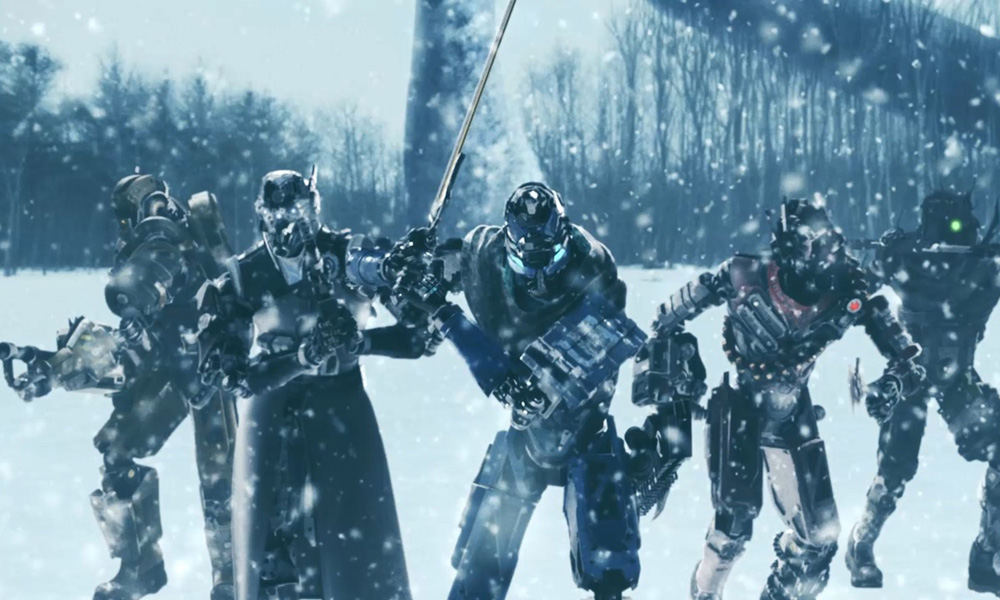 A sleek and visually impressive CGI showpiece short, EXT, will make its world premiere at the Cannes Film Festival as part of the Animation Day program on May 20.

Billed as a futuristic re-imagining of Seven Samurai, but with robots, the short draws on director Adrian Bobb’s multifaceted experience in the VFX industry to create a snowy sci-fi world combining greenscreen shoots with CG animation, with visuals inspired by Akira Kurosawa films and Ghost in the Shell.

Synopsis: In the snow-covered ruins of 24th century Toronto, Aegis (played by Cara Gee), a humanoid war machine, leads a team of five similar yet unique machines into the real world to retake an enemy-occupied server installation vital to the survival of their digital homeland. During an attempt to ambush a large pack of enemy controlled war-drones, Aegis recalls an interrogation with the enemy’s founder, an extremist named Kym Minamoto (Zoe Doyle) … her mother.

As Aegis fights for her life in the real world, she recalls the emotional fight for her identity in her digital homeland as she and her mother argue over the true nature of humanity and Aegis’ role within it.

EXT is written and directed by Adrian Bobb, who is also producer with Zeus Kontoyannis and Jon Hutton, as well as VFX supervisor with George Kanaras, and production designer. 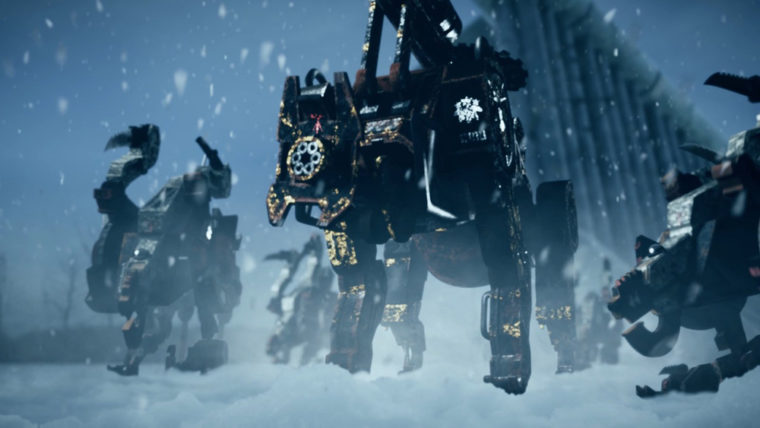