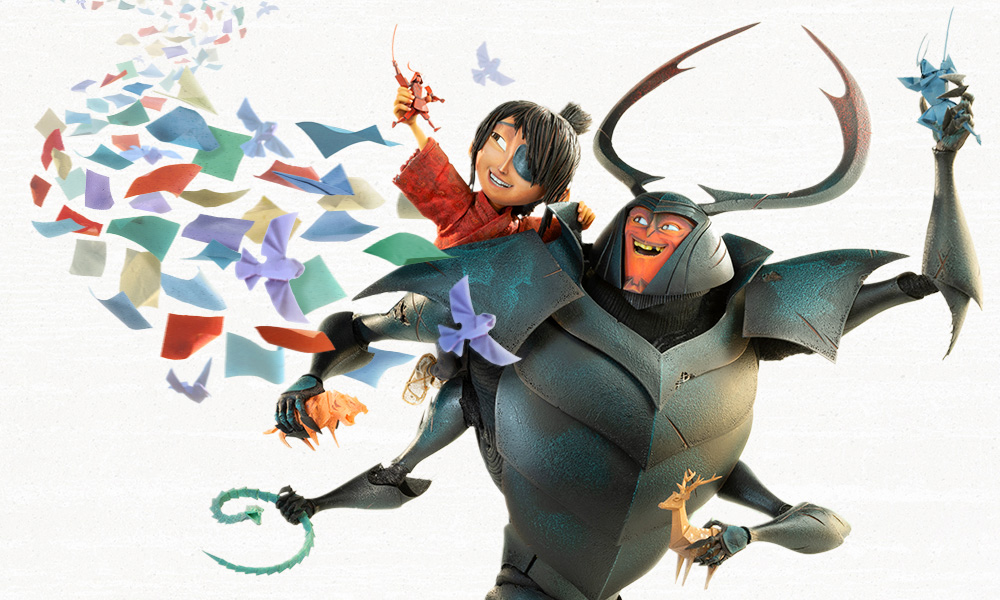 Award-winning feature animation studio LAIKA is celebrating Father’s Day across social media this weekend with the help of some old friends: Kubo and Beetle! The puppet stars of the two-time Oscar-nominated, triple Annie Award and BAFTA-winning 2016 movie Kubo and the Two Strings will be shot on stage, accompanied by paper/origami elements.

Ahead of the paternal celebration’s premiere, we’ve got a sneak peek at the BTS footage created for the studio’s TikTok fans (shot by videographer/editor Steven Wong Jr. with the help of multimedia assistant Spencer Rutledge).

“I wanted to show this moment that we didn’t quite see in the film, where Kubo and Beetle are playing together, knowing that they are indeed father and son. I am a new father myself, and my absolute favorite thing is seeing my daughter smile. I wanted to show Beetle beaming at the smile he is giving his son in this moment,” explained animator Dan MacKenzie.

“The puppets start in a neutral pose, and after placing them on the rig to support their weight, I begin posing Beetle’s joyful run. After placing Kubo on his back, I swap his face for a big grin. I angle Kubo’s eye toward his Hanzo origami, but with a lean into Beetle’s shoulder to show they are sharing this moment.”

Animation supervisor Brad Schiff noted, “While we strive for naturalism in our animated performances, not every frame is necessarily perfect. In motion there are things an animator can get away with because the viewer’s eye is typically focused on a singular spot within the frame which is often the character’s eyes. That imperfection (which the viewer is most often unaware of) is in big part what gives stop-motion that tactile, handmade feel.”

“Still images are a whole different beast,” Schiff continued. “Everything needs to be absolutely perfect because the viewer has the time to study the entirety of the image. The goal is to find a singular pose that tells the story. Capturing the flavor of the image is a fun challenge, and Dan did a beautiful job showing the joy and mutual admiration of a relationship between a father and his son.” 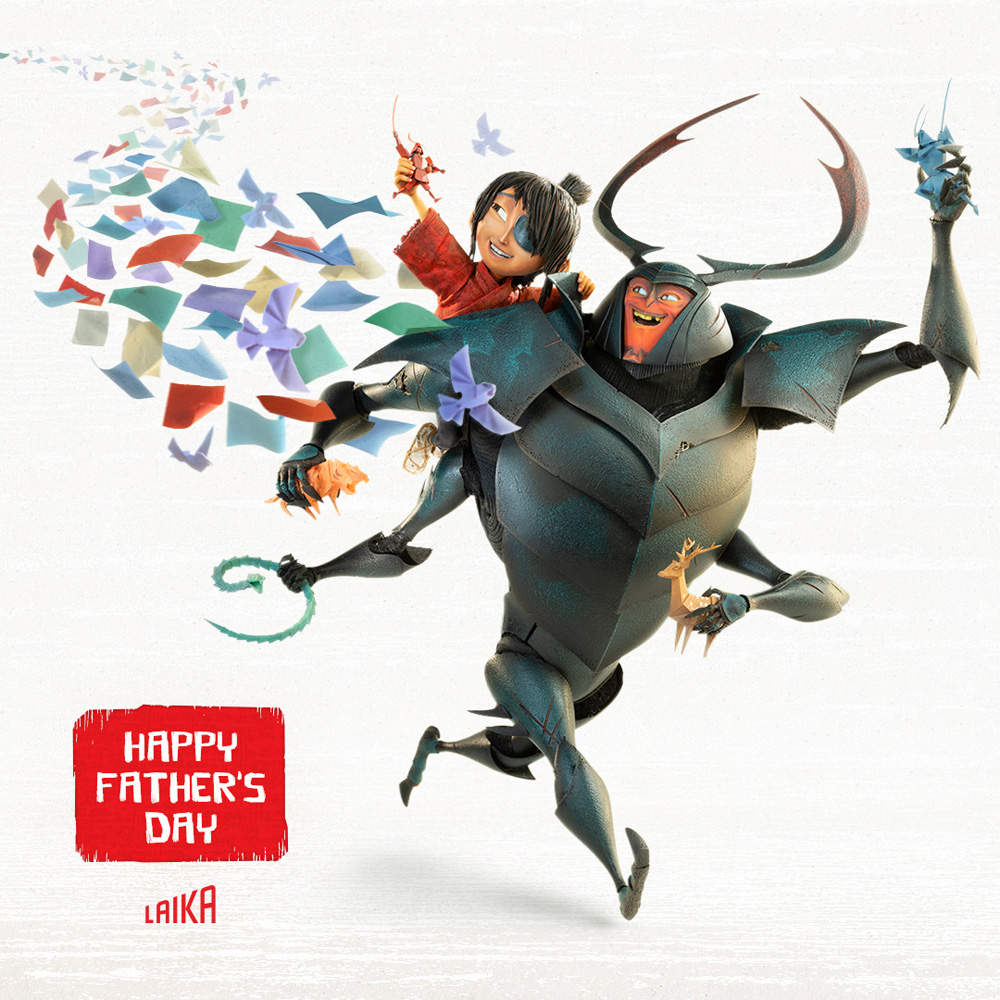 The Father’s Day 2021 greeting is the latest in over 60 unique pieces of content created since April 2020 for LAIKA’s social media following across Facebook, Twitter, Instagram and TikTok — which has increased over the last year to over 3.2 million. Some of the most popular include holiday spots like the New Year’s Resolution stage shoot and ‘Friendsgiving’ stage shoot, both featuring multiple characters from LAIKA’s film library

Creating ‘Coppelia’: Behind the Scenes of the Innovative Hybrid Movie That Debuted at Annecy
‘Flee,’ ‘My Sunny Maad,’ ‘Peel’ and ‘Vanille’ Win Top Prizes at Annecy