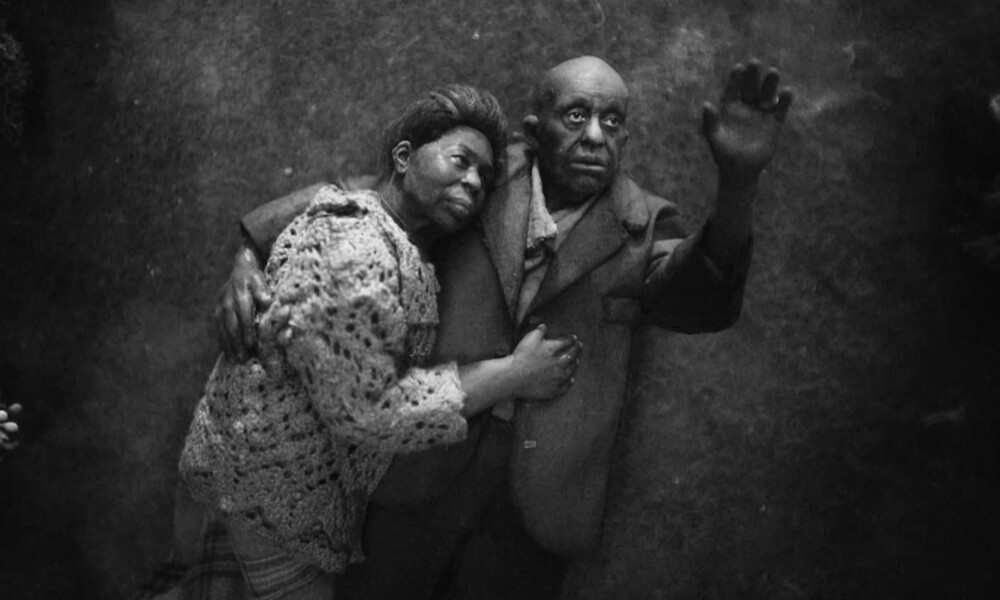 The New Yorker Studios will release the animated short film The Vandal on Monday, December 13 on The New Yorker’s digital platforms. To mark the premiere, Animation Magazine has an exclusive making-of clip that offers a behind-the-scenes perspective on this stunning technical feat, executive produced by Darren Aronofsky and directed by award-winning filmmaker Eddie Alcazar.

In the video, we hear from the film’s creative team and cast, including composer Kris Bowers, producer / “Cellmate” Tom Hildreth, Abbey Lee (“Nurse”) and Bill Duke (“Harold”) about how Alcazar’s and his crew combined live-action footage and stop-motion animation to create a very high-tech version of low-tech, B-movie aesthetics.

“Filming the actors’ eyes gives me many frames that I can use to reconstruct or reanimate onto the puppets’ faces,” Special Visual Effects artist Jason Walker notes in the clip.

Alcazar coined the term “meta-scope” to describe the intensively layered process used to achieve the film’s final effect — the closer the viewer gets to a subject, the more real it becomes. This technique is made possible with Unreal Engine.

Kris Murray, VP of virtual production/FX studio Lux Machina, adds, “Bringing something in a miniature scale up to a massive scale that we can actually put people inside of — it’s really kind of where Epic’s Unreal Engine is kind of coming in to play with us.”

Set in a world not unlike mid-20th century America, The Vandal centers on Harold, whose tormented search for peace from traumatic loss results in an unexpectedly destructive awakening after he undergoes a lobotomy. When the procedure “turns his mind inside out” and his great love is suddenly gone, Harold’s desperate search intensifies. The film also stars Baadja-Lyne Odums, Harry Goaz and Maurice Compte.

The Vandal is presented by Aronofsky, written and directed by Alcazar, produced by Javier Lovato and Thomas Hildreth and executive produced by Aronofsky, Scott Franklin, Sandy Haddad, Ted Robbins and Matthew Krul. The film debuted in July at Cannes Directors’ Fortnight and had its North American premiere at the Telluride Film Festival, with additional screenings at Sitges and Chicago International Film Festival.

The Vandal was acquired by The New Yorker Studios and will be featured as part of The New Yorker’s “Screening Room” series beginning December 13. “The Screening Room” is a series of fictional films that will make you laugh, cry and challenge your view of the mundane and the extraordinary. Previous films that have débuted as part of the series include Yes People (2021) and Knife Skills (2018), both of which received Oscar nominations.