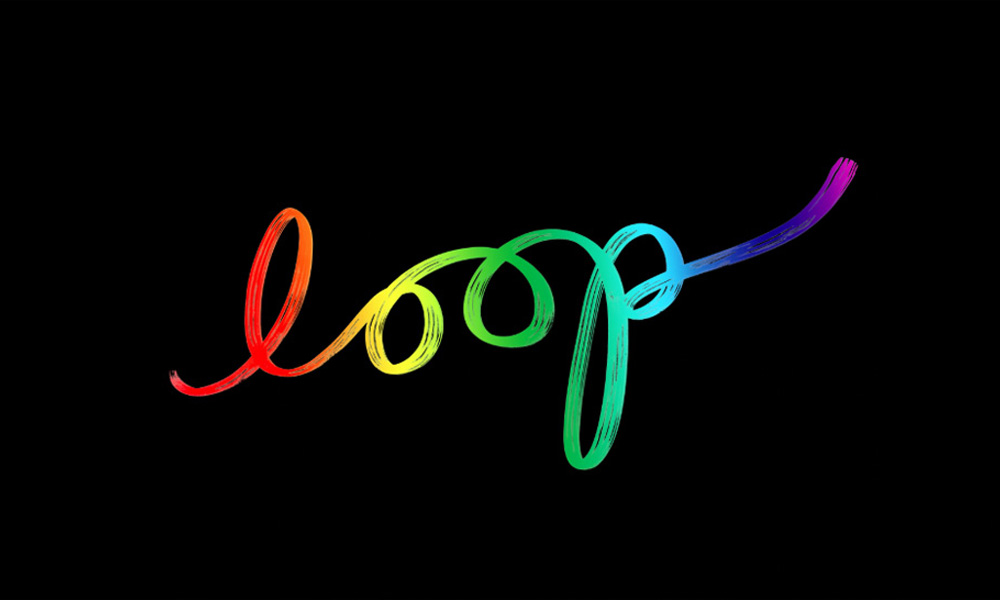 We recently got a chance to catch up with Erica Milsom, the director of a brand new SparkShorts project titled Loop. Milsom, who has been making behind-the-scenes documentaries about Pixar in the past, talks about how she and her team produced this beautiful animated short, which features the studio’s first non-verbal, autistic character, and is also voiced by a non-verbal autistic girl. The short, which is produced by Krissy Cababa and Michael Warch, will premiere on Disney+ this Friday (Jan. 10).

Animag is also delighted to share a new making-of clip that introduces you to this inspiring project, which you can find below the interview.

Here is what Milsom shared with us:

Animag: Congrats on your wonderful new short, Loop. Can you tell us a little about how you got involved with the SparkShorts program?

Erica Milsom: I’ve been making short documentaries about Pixar’s filmmaking process for about 15 years now as a member of the studio’s internal documentary team. In addition to that work, I’d directed and written a couple of independent films in collaboration with my friends and colleagues at Pixar that many folks around the studio had seen. So when I was asked to be a part of the SparkShorts program — a program at Pixar that identifies new directors, along with producers and leaders across the filmmaking spectrum — I was super excited to dive into the animated medium with artists I’d worked alongside for so many years.

I had worked with people with disabilities as a job coach/vocational educator in my 20s, and always loved the connections I forged through my work. In the year before making Loop, I volunteered to teach a class on acting for the screen at a local Art Center called NIAD, which serves artists with disabilities of all kinds. I had a great time in the class exploring acting & filmmaking techniques with this group of visual artists. And, I loved hanging out in the powerful creative space that NIAD fosters, it’s a very neuro-diverse environment where artists communicate in a variety of different ways — sometimes they use words, sometimes they don’t.

Through the course of my time there, I made some fun connections, but I also had some awkward moments where I didn’t know how to connect with the person next to me. Eventually, over time, we’d find a way to connect, often without words… but it wasn’t immediate, and it took effort on both sides. It struck me as a storyteller that those moments of being lost and unsure were spicy emotionally; and, that there was a journey that comes with making the smallest of connections. When I started to think about making a SparkShort, and considering what kinds of worlds we haven’t explored before at Pixar, this world between us was the one I wanted to bring to the screen. And then, I love canoeing, so that part was a no-brainer.

Tell us more about the development of the young girl character in the short.

When I first thought about the story of Loop, I knew I wanted it to be about a girl who communicates without spoken language, although she uses assistive technology (her cellphone) sometimes. But in the beginning, I didn’t know why she wouldn’t speak. I know people who use communication devices for many different reasons, some may have Down syndrome, or cerebral palsy, or selective muteness, or they may be autistic, but I didn’t always know what someone’s diagnosis is or specifically why people use the device. I ended up connecting with a variety of people in the studio who have children with communication differences and we talked through how the story might play out if their kids were in this canoe. As these conversations progressed, my friend Adam Burke and I discussed the storytelling potential that came with expressing the unique point of view of an autistic person, whose interpersonal mannerisms and sensory experiences were unique, could be a very rich experience in our medium. Adam’s child is on the spectrum, and we were both excited to see an autistic character on screen.

So, in the beginning, my experience with autism wasn’t particularly deep, but I was excited to learn. We all were! Right away we connected with autistic consultants and creative partners who helped us to find our way to a story, a performance, and a filmic approach that felt authentic and honest. At all stages of the production, from the first script read-through to the next-to-last pass on animation and lighting, we had autistic partners giving notes and sharing their thoughts about the movie. And then we got to meet Madison Bandy, our voice actress, and her performance and personality lent so much to the character, as well. Overall, I feel like I got to have a much deeper understanding and appreciation for the experiences of autistic people from all ends of the spectrum through making this film, and that was such a gift.

How long did the short take to make and how many people worked on it?

Gosh, the whole thing was a huge challenge, it’s making an animated film in six months! But, I think the nature of Loop as a slice-of-life story, it hinged on us forging a true connection to the film’s characters through the small parts of life — not just the tentpole moments. And that kind of slice-of-life story is dependent on great acting — creating characters who embody a truth that an audience can find commonalities with, even if that character initially seems very distant from their own experience. So, we were always challenging ourselves to create as much time and space as we could for our voice actors and our animators to get inside the experience of these two unique people.

For Renee, our non-verbal character, we had to find a great voice actress who is autistic and doesn’t use a lot of words to communicate but was willing to work with us to craft a performance. And then, we needed to figure out how to give her the space to improvise as well as act with direction.

In animation, we had to define a new non-neurotypical gestural vocabulary that animators could use to express anxiety, or hopefulness, or joy, or frustration. And then throughout the production, we challenged ourselves to use the camera work, lighting and sound to communicate Renee’s unique sensory experience of the world.

For Marcus, our neurotypical character, we had animators get out of their offices and visit a local non-profit, Waterside Workshops. There they got to meet with and paddle around with a bunch of young people from the East Bay who share Marcus’ passion for boat building and canoeing.

In animation briefings, we dug into each shot and talked about what the characters were saying, or feeling and discussed how they would express that particular emotion. And then throughout the production, from story, through edit, layout, sound design and lighting, we always considered how each character would experience this part of the story from their unique point of view.

There are two main things I loved. First, learning from autistic people about how they experience the world. And then getting to bring that insight back to this amazing group of artists at Pixar and working side by side with them to bring Renee’s experience to life on the screen.

Who are your animation idols/favorite movies/TV shows?

Animation loves: The Point / Fantasia / Yellow Submarine / World of Tomorrow / Season 3 of The Simpsons / Moana / Spider-Man: Into the Spider-Verse

What do you hope audiences will take from your short?

I hope audiences watch this story and see themselves in Marcus and Renee, and then consider reaching out and making a connection across a divide that may seem at first to be uncrossable. 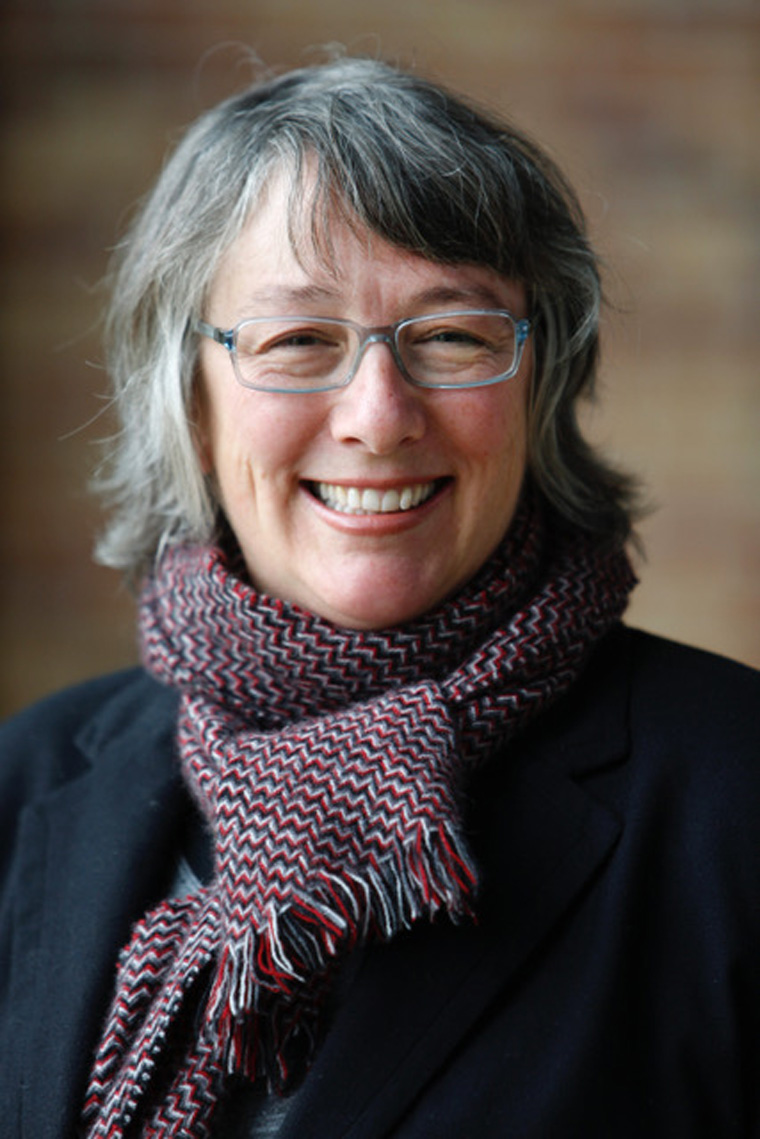