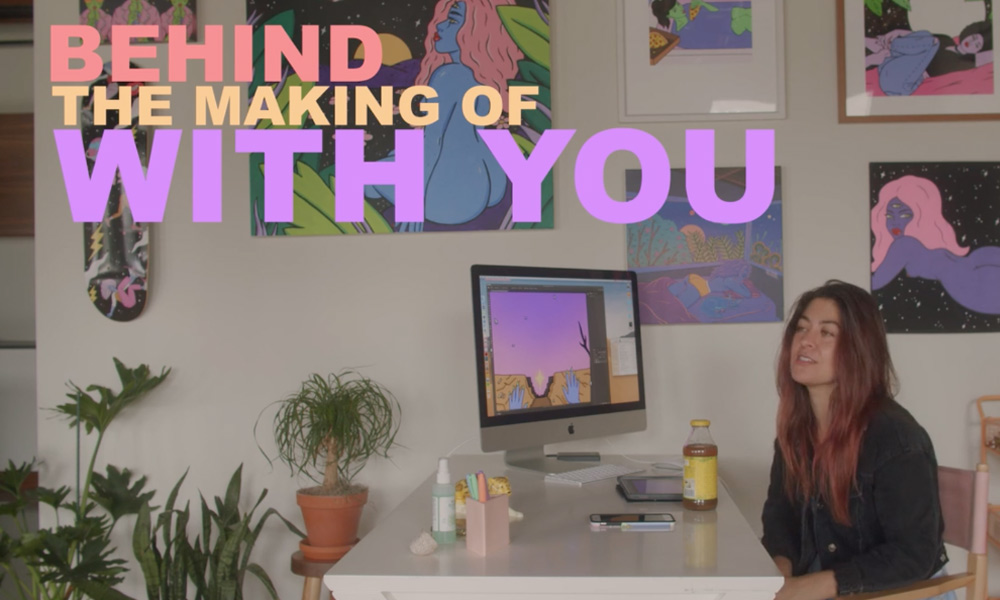 Meghan Trainor - "With You"

With the recent release of pop star Meghan Trainor latest music video, for her Kaskade collaboration “With You,” Animag is delighted to debut a special behind-the-scenes peak with the piece’s designer and co-director, Los Angeles-based artist Robin Eisenberg (@robineisenberg). The surreal and colorful extraterrestrial journey she created for the title has helped “With You” reach nearly a million views on YouTube so far. The song itself has received more than 15 million streams since launching.

In the video, Eisenberg welcomes viewers into her studio and gives quick recap of the music video’s concept and character development, and what made this project distinct for her as an artist.

“I had come up with this idea that maybe Meghan or another character, like a separate character, is in a spaceship and she crashes on this planet, and it’s her adventure as she tries to get through all these things and the trials and tribulations that she goes through,” Eisenberg explains in the video.

“You can have something in your head and it’s hard to have a conduit directly from your brain to, like, your iPad!” she notes with a laugh. “I’ve generally worked on my own for most of my projects, and I get a little bit — I don’t want to say possessive, but possessive about my work. Having a whole team just opened up a lot of possibilities for what we could do and what we could make, which is really cool … I could send them a really loose concept and then they would just send me something back that was pretty much exactly what I was picturing.”

Robin Eisenberg’s art explores sexuality, introspection and adventure, with a pastel and neon color palette. Many of her drawings feature relatable alien women on their own in nature and outer space. She is heavily influenced by sci-fi and fantasy, as well as a love of food, road trips, plants, stars, and dogs of all kinds. Her projects include work with Vans, Thrasher, HBO, Fender, Netflix, Adult Swim, Vevo, and Adobe Creative Cloud, as well as directing and creating animated music videos.

Check out the music video below: