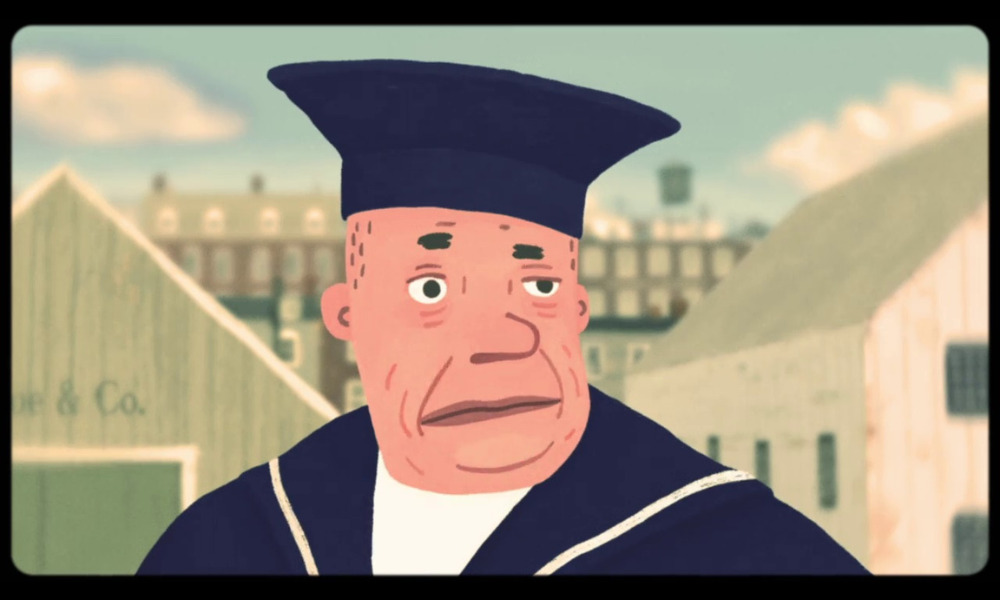 Animation lovers around the world do a little happy dance whenever Canada’s acclaimed directors Amanda Forbis and Wendy Tilby have a new project screening at festivals around the world. The talented artists, who are best known for their Oscar-nominated shorts When the Day Breaks (1999) and Wild Life (2011) and their award-winning United Airlines ad The Meeting (2006), are back on the scene again with a new short titled The Flying Sailor, produced by David Christensen and the National Film Board of Canada. Forbis and Tilby, who met in the 1980s when they were both students at the Emily Carr University of Art + Design in Vancouver, were kind enough to answer a few of our questions: 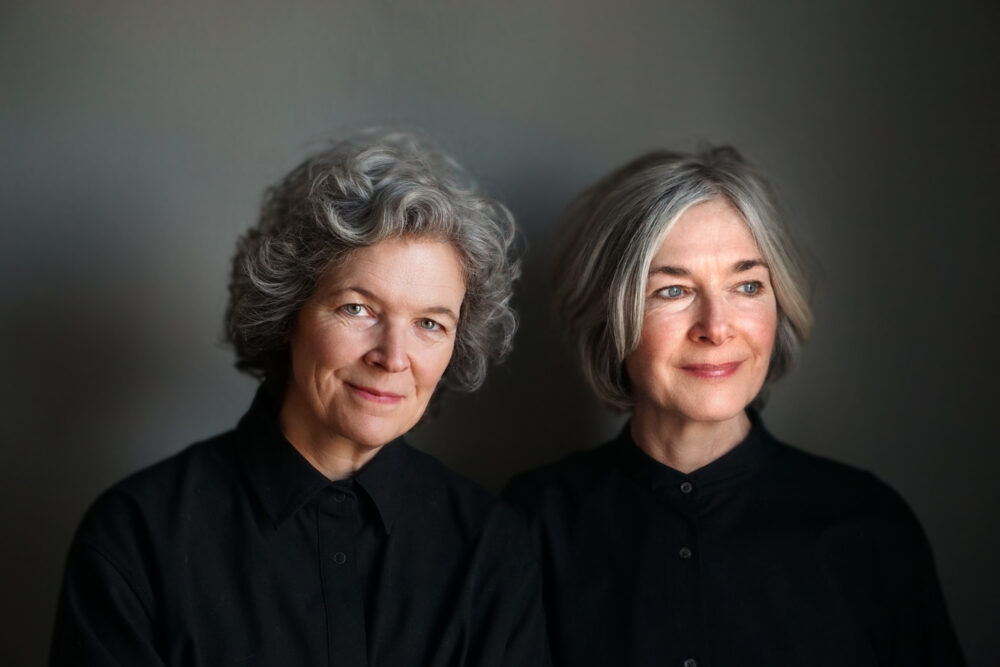 Animation Magazine: Can you tell us how you came across the story that inspired The Flying Sailor, which is premiering at Annecy in June?

Amanda & Wendy: A number of years ago, we visited the Maritime Museum in Halifax, Nova Scotia. There was a section dedicated to the devastating Halifax Explosion of 1917 (which, by the way, was the largest man-made blast to occur prior to the atomic bomb). Among the displays was a short blurb about a British sailor who was blown skyward from the pier and flew a mile before landing uphill, naked and unharmed. We were intrigued. What did he see? What did he hear? What was he thinking? It’s a story that brims with animation potential. Riffing on accounts of near-death experience, our concept was to expand those few catastrophic seconds of life into as many minutes, and imagine the story of the sailor’s flight.

When did you start working on it, and how long did it take to make?

Though the idea had been simmering on the back burner for many years, the film officially went into development in 2018 and took about three and a half years to make.

How many people worked on it, and what was your budget?

Our 3D guy, Billy Dyer, was with us through much of production. We also had two others help out with additional CG elements for much shorter periods. Anna Bron contributed some amazing animation and rendering. On weekends, Nicolas Mermet added special sauce to a number of scenes in After Effects. Luigi Allemano composed music and sound design. Our producer, David Christensen, was a critical collaborator, and there were important creative contributions in post-production at NFB headquarters: Serge Verreault (online editing), Geoffrey Mitchell (music recording and mix) and Jean Paul Vialard (final mix). As always, the production was quietly nudged along by support staff at the NFB and is now in the hands of the distribution and marketing teams. All told, over 35 people have worked on the film in various capacities. Our ballpark budget was $800,000 (Canadian Dollars). 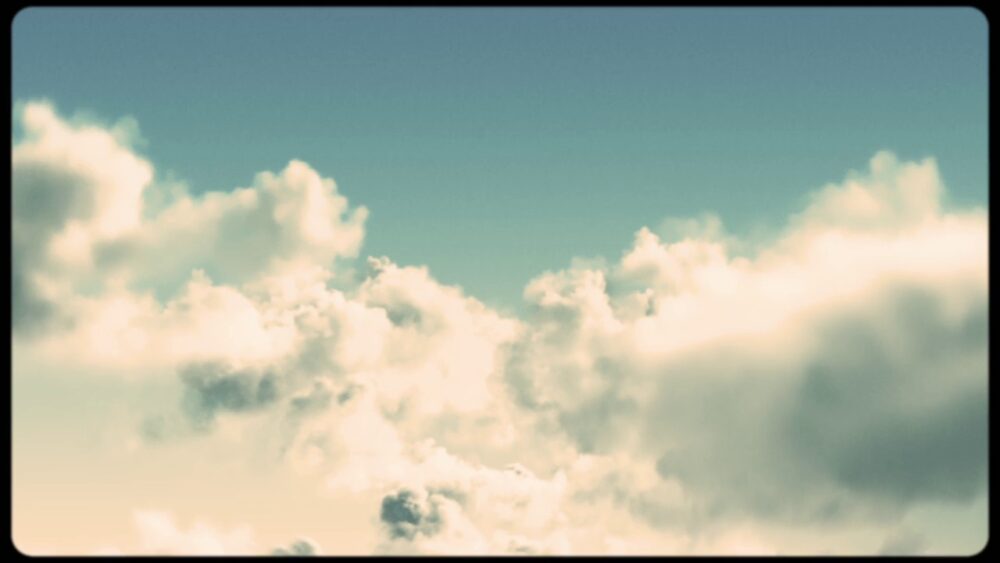 One of the many standout qualities of this short is its interesting use of different animation styles. Can you comment on that?

It was clear from the outset that if we wanted to capture the exploding city from the sailor’s point of view, 3D would be the way to go. We briefly considered the fun we could have creating a “model train set” city on our dining room table, but quickly abandoned the idea — mostly because it was ridiculous (we need that table … and we’re generally against using explosives in the house), but also because we thought it high time we explored the potential of 3D CG. Using Maya, Billy sculpted a virtual topography reminiscent of 1917 Halifax, and we created the painted skins that covered everything.

Aesthetically, we were aiming for that rinky-dink model train set quality with a vintage, hand-tinted postcard look.

We wanted the sailor to be distinct from his surroundings, which is why we rendered him in a 2D painterly style (and made him very pink). As much of his movement is complex and in slow motion, we did preliminary 3D animation in Blender for reference, then painted in Photoshop. We also needed sea, sky and ships, plus smoke and debris — not to mention an explosion, a galaxy, a fish and abstract digressions. Using combinations of CG animation, stock footage and hand-painted elements, everything was knitted together in After Effects. The process was highly experimental and infinitely more complicated than we had first imagined!

How do you divide the work on your projects between the two of you?

Though we’re both involved in every aspect of production, we each gravitate toward our strengths. For example, Wendy does much of the editing work, while Amanda takes on a larger part of the character animation.

Why did you decide to make this short dialog-free?

Words seemed to have no place in this film. In fact, it never occurred to us! Our preoccupation was with music and sound, which both play a vital role. We wanted the film to be experiential and for the audience to connect in a visceral way. Also, without language the film will have the opportunity to reach international audiences much more easily. 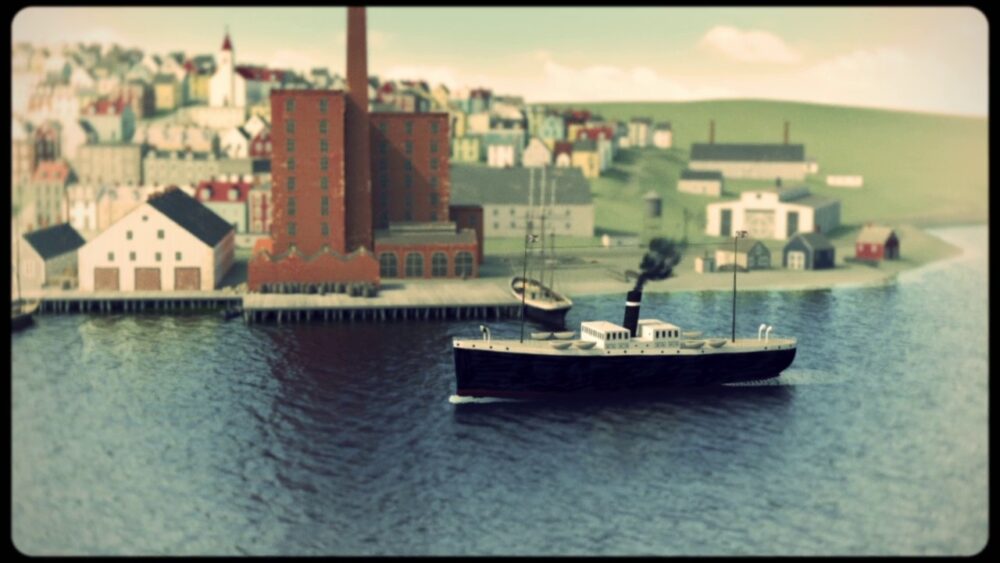 I can’t believe it’s been over 20 years since you were first recognized by the Oscars. Did it have an impact on your career?

Although When the Day Breaks was nominated for the 1999 Oscar for Best Animated Short Film, it was Petrov’s The Old Man and the Sea that won the award. In all seriousness though, Oscar nominations have yielded some nice commercial work. They’ve also bought us a little social capital in that the general public does take notice. We accept this as a good thing, because short animation is often not taken seriously or is seen as a very improbable and esoteric career choice.

What is your take on the state of independent animation these days?

Though the digital revolution has made the medium more accessible (and technically dazzling), animated films are still costly and an astonishing amount of work. We find it heartening that people keep making them, often on a shoestring. That said, we’re likely not alone in feeling that we have some catching up to do after being cloistered these past few years. We’re looking forward to attending a few festivals this year!

What are some of your favorite animated movies and shorts?

We love short films best. The following is not a comprehensive list, but a smattering of our most beloved: Village of Idiots, Hedgehog in the Fog, Primiti Too Taa, Flying Nansen, My Financial Career, The Great Toy Robbery, La Pista, The Metamorphosis of Mr. Samsa, Forgetfulness, Oh Willy…, This Magnificent Cake!, Revolver, Hilary, The Big Snit, My Grandmother Ironed the King’s Shirts, Loop Ring Chop Drink, Everything Will Be OK, The Man with the Beautiful Eyes, Tram, Altötting, The Burden, Empty Places.

And the best career advice anyone ever gave you, or you like to give to students?

Make a film! However simple, however small — the important thing is to have an idea, take it through to completion, then send it out into the world and see what happens!

The Flying Sailor is one of 38 titles selected for the official short film competition at Annecy in June. For more info, visit nfb.ca.