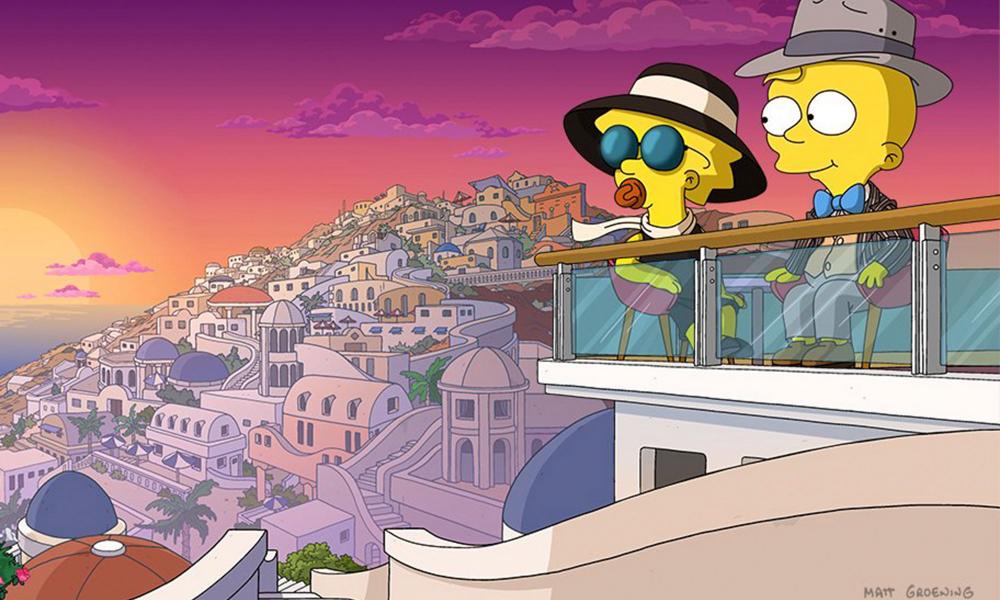 Fans of The Simpsons are in for a special treat when the new short Playdate with Destiny premieres on Disney+ this Friday (April 11). The short, which is directed by Simpsons veteran exec producer and writer David Silverman, who also directed the Oscar-nominated 2012 short The Longest Daycare, originally debuted in theaters with the Pixar feature Onward last month. 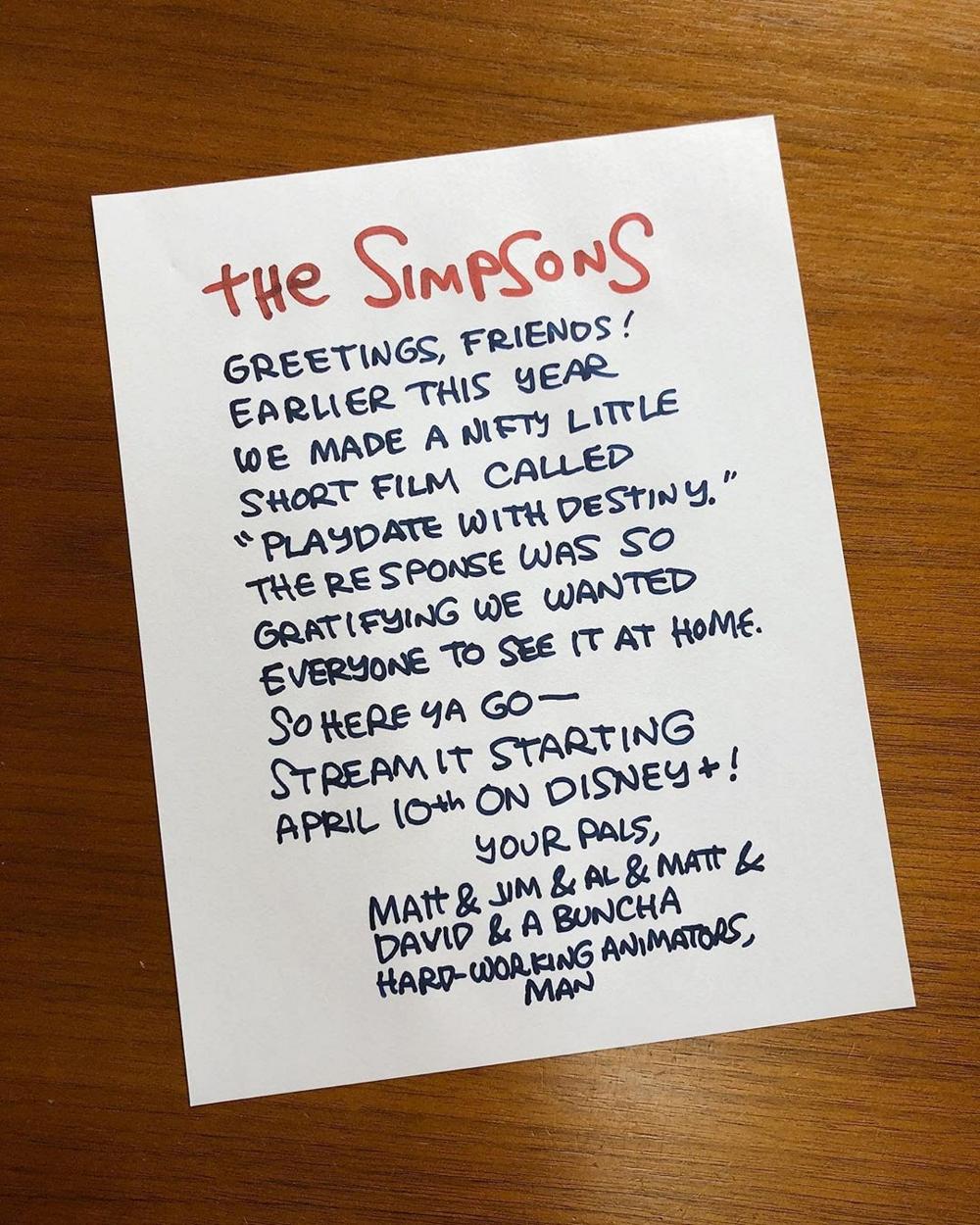 Note regarding Playdate with Destiny

The beautifully animated short tells the story of how Maggie Simpson falls for a heroic young baby named Hudson in the playground one day. But after a blissful first playdate, destiny (and Homer) comes between the two starry-eyed tykes.

Silverman says the idea for the short came about shortly after the Fox acquisition by Disney and the show’s exec producer James L. Brooks thought it would be a good idea to do another short. “We had a brainstorming session with Jim, Matt Groening, Al Jean, Matt Feldman, Michael Price, Max Price and Tom Gammell and thought it would be a fun thing to do with Maggie, since she is all silent and it’s a fun idea to see her first romance in the short format. So we were off to the races.”

The project began in August of 2018 and the team worked on it for several months before showing it to Disney. “You never know whether something’s working because you’re so close to it,” says Silverman. “But fortunately [Disney exec chair] Bob Iger really liked it, so we added some more jokes and fine-tuned it. Then in the second week of January of this year, we added a few more shots and adjusted the music and that was it.”

The short also has some fun with the Disney acquisition, as it delivers a clever visual joke with Homer sporting two Mickey Mouse ears, which turn out to be two donuts, and you can also spot a silhouette of the famous mouse in the final title card for Gracie Films. “Those two were two of the things we added towards the end of the journey,” says Silverman. “We had a lot of ideas for the opening of the short, but many of them were too complicated. This seems like a quick and elegant way to do a fun fake-out. Al Jean has several ideas, but the whole thing harkens back to the early days of The Simpsons, when Matt was very insistent that the characters’ silhouettes had to be easily recognized, which was also a hallmark of the characters from the silent era, as well as the famous Disney characters.” 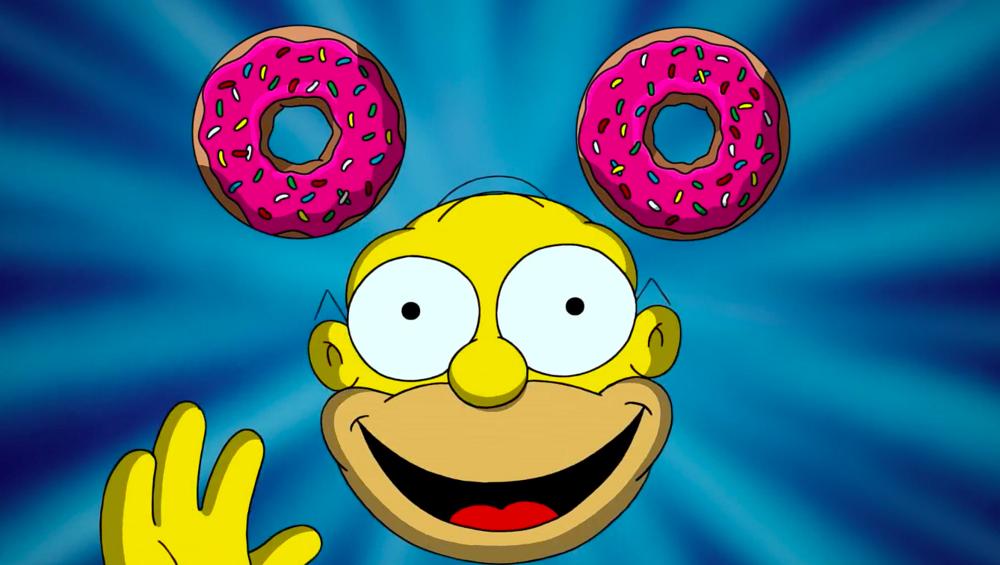 Silverman mentions that some of the most fun parts of the short to animate were the montage sequences. “We had a lot of fun with the montage stuff, when you see Hudson and Maggie in one romantic scenario, and then you see the reality of the situation,” he notes. “I did this scene where Maggie is so desolate and she’s longingly looking at her bottle of milk and she is repeatedly pressing the Y button (why, why, why)..to emphasize the ennui and the tragedy of her loss!”

When asked about some of her favorite guest voices on the series, Silverman mentioned the late Johnny Cash, who voiced Homer’s Spirit Guide in the Season 8 episode (“El Viaje Misterioso de Nuestro Jomer”) and the late actress Elizabeth Taylor, who contributed to “Lisa’s First Word” and “Krusty Gets Kancelled” during the fourth season of the show. “I thought Johnny Cash was such a great choice to voice the Space Coyote and I got a real kick out of meeting an iconic star like Elizabeth Taylor.”

The multi-Emmy winning producer said he’s also very pleased that The Simpsons will be available to stream in the correct 4:3 ratio on Disney + as opposed to the widescreen 16:9 ratio, which crops out many visual gags completely. “When the original format is cut off, some jokes are definitely going to be affected by not showing it the way they were originally designed for. It can cut off jokes, heads, subtitles jokes because they are forced to fit the 16:9 format. It’s important to keep the integrity of how the show was first presented. Just like I want to see Casablanca, or King Kong or Snow White, Hundred and One Dalmatians and Pinocchio and other favorites in their proper aspect ratio.

The director says he was also very pleased that the film was released theatrically with the Pixar short Onward. “Jim lobbied for the short to play in front of Onward, and I was delighted because there was a certain symmetry since I used to work at Pixar (co-director of Monster, Inc.). I can’t speak to how it all worked out, but I loved Onward and thought they worked very well together, and seemed emotionally connected.” 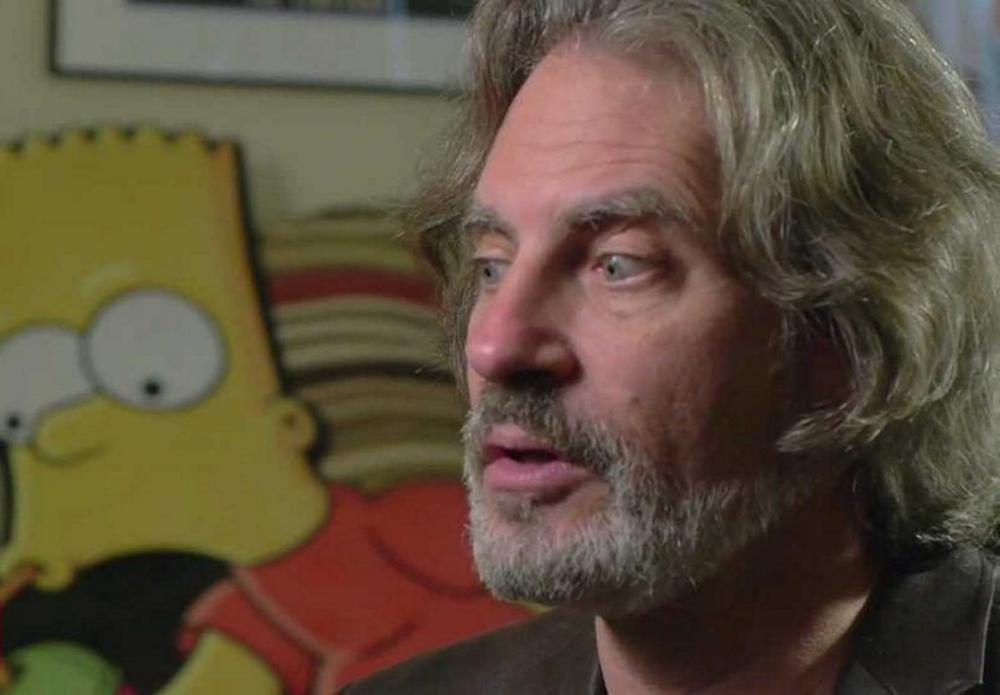 When asked about whether anything has changed since The Simpsons joined the Disney family, Silverman said everything is the same, and that things are “business as usual.” “The thing about Disney is that there have been no changes whatsoever. The whole Disney approach is that they’re not going to fix it if it ain’t broke. They have the same approach they took with the other franchises they took over, like Marvel or Star Wars.”

Silverman said he gets a kick out of the fact that The Simpsons has been able to predict some of the events of the past few years. “Well, the truth is that we travel through time,” he joked. “Some things are just jokes that come true. Trump was running for president in 2000 for example. That was a low-hanging fruit. We had no idea he would become president or that he would even be on a reality show on TV. What baffles us most are the sports events that happen. A lot of our writers are sports fans, so when some predictions actually come true those really puzzle us. And sometimes, we do suggestions that happen, like when we proposed that Disney would be buying FOX. So you can say that sometimes, they are predictions and other times they’re suggestions that people listen to!”

Playdate with Destiny will be available to stream on Disney + on Friday (April 10). The streamer also offers The Longest Daycare, The Simpsons Movie and all 30 seasons of The Simpsons to its subscribers. 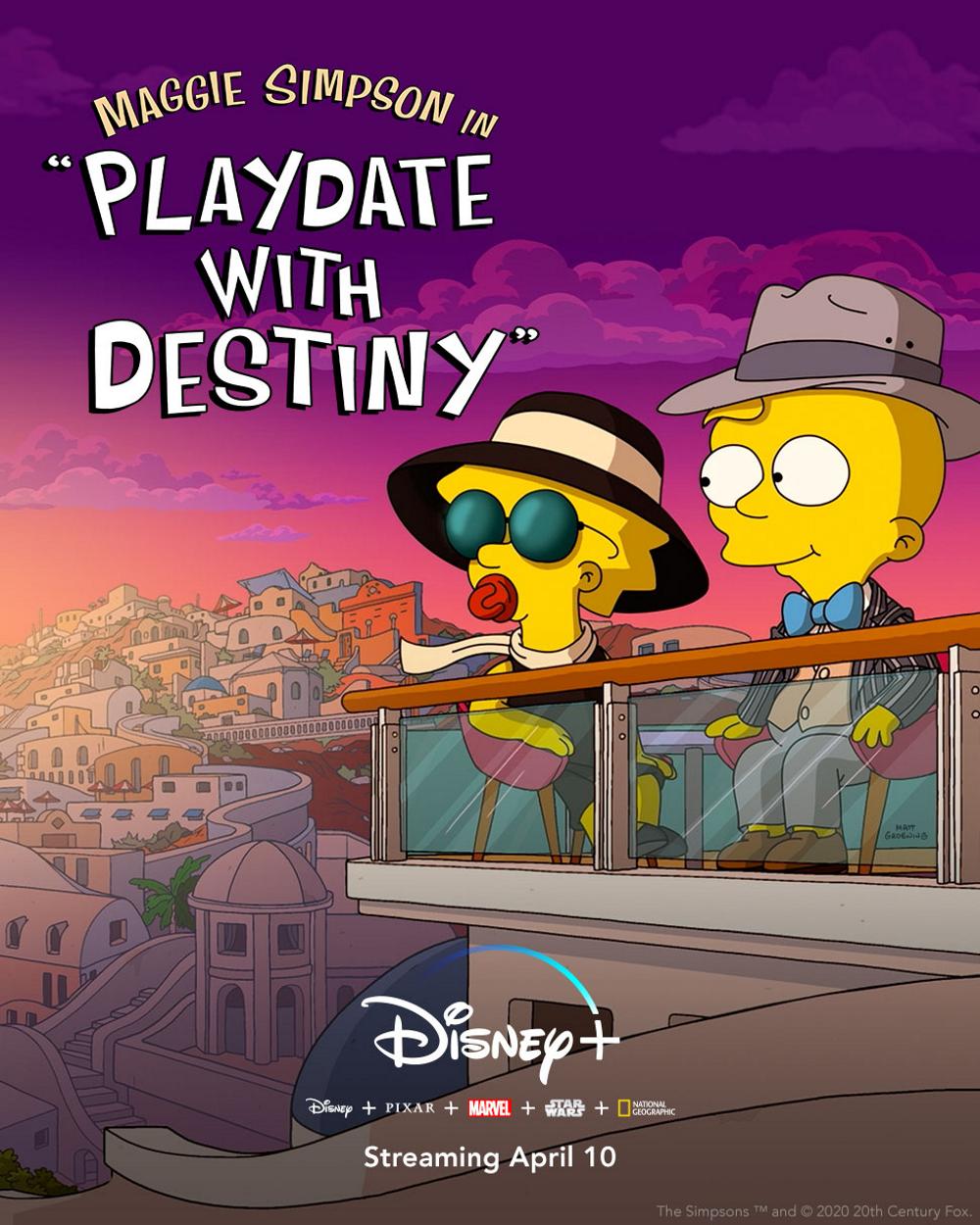