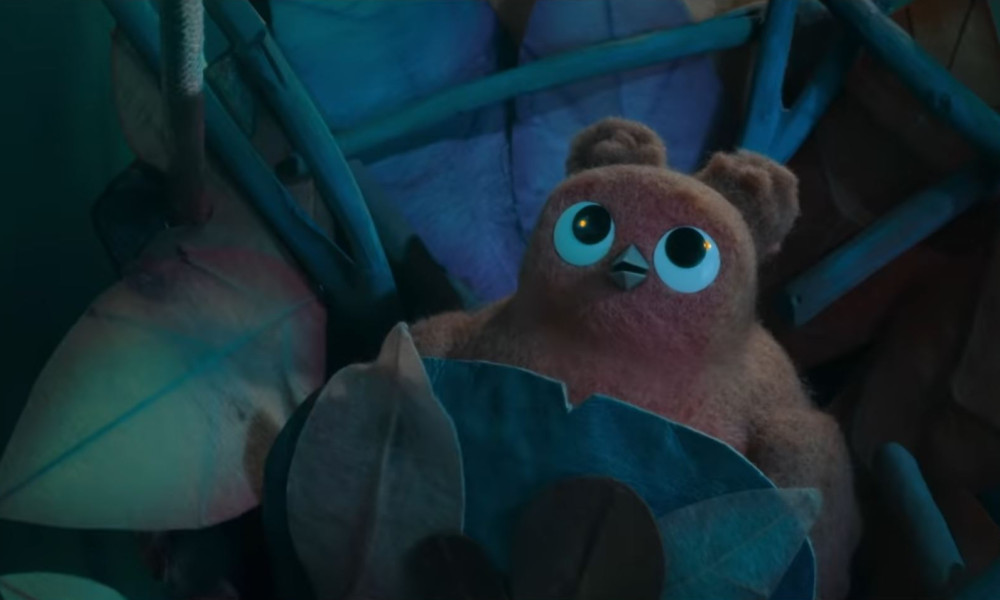 Fans of Aardman Animations’ charming stop-motion gems will get an early holiday gift in November when Netflix premieres the studio’s new special Robin Robin. Created and directed by Dan Ojari and Mikey Please, the half-hour short centers on a robin who sets out to prove herself to her adopted family of burglar mice by stealing a Christmas star from the humans’ home. Produced by Aardman’s executive creative director Sarah Cox, the musical special features the voices of Bronte Carmichael as Robin, Richard E. Grant as Magpie, Gillian Anderson as Cat and Adeel Akhtar as Dad Mouse.

Ojari and Please, who formed Parabella Studios after graduating from London’s Royal College of Art and directing the award-winning shorts Slow Derek and The Eagleman Stag, respectively, pitched the idea to Cox at the 2018 edition of the Annecy Festival in France. “We pitched the idea to Sarah in a cramped corner of the Annecy Festival canteen and sang her the Magpie song. So, it took us about two and a half years to make it — that’s remarkably quick in animation,” says Ojari.

He adds, “I was thinking about what would be the dream project for Mikey and me, and I thought a Christmas special would be ideal since I love that sense of tradition where families gather once a year around and watch an animated show. We’ve also always wanted to make a musical and it’s been really fun to use the lyrics to tell the story and add this element of oddness to the film. The music is as nuanced as the animation, which can go from loud and playful to being subtle and dramatic.” 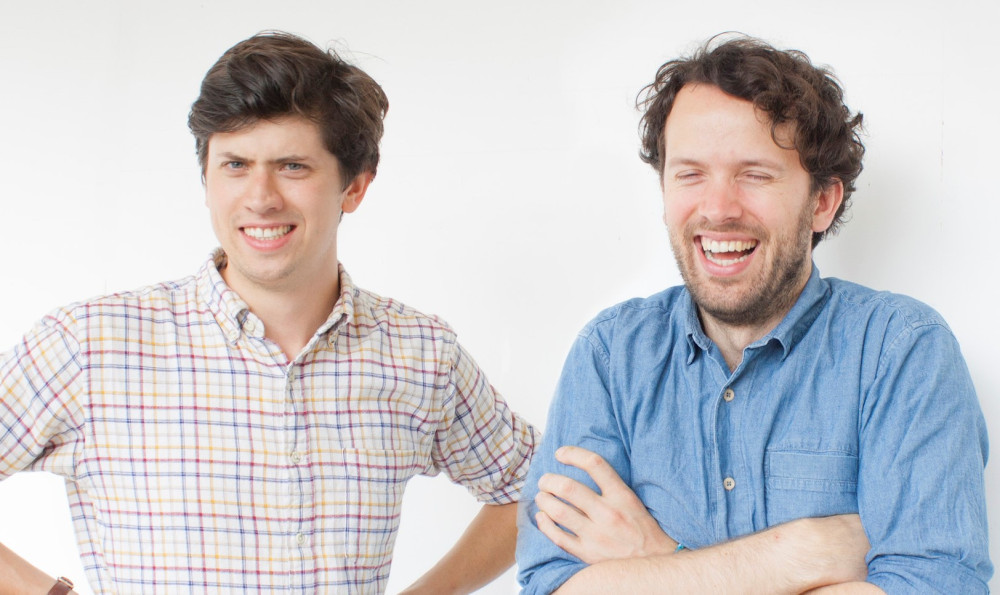 One of the several aspects that sets this special apart from previous Aardman projects is that it uses needle felt instead of the usual plasticine puppets or CG animation, which the studio is best known for. As Ojari explains, “The idea of using needle felt for characters in a Christmas story always excited us, and Robin Robin was the perfect opportunity to try that out. We made our own tree with felt decorations of a mouse and a robin and took them into the first meetings. There is a real Christmas-y feel to them and you feel like you can squeeze and cuddle these puppets”

“Needle felt is really tactile,” says Please. “It’s luminous and has a way of absorbing and reflecting light and works beautifully for stop-motion animation. You can get the lights on characters which really shows off their imperfections. It was a challenge for the Aardman puppet makers, but they were really excited by it and the amazing level of expression we could get from the puppets.” 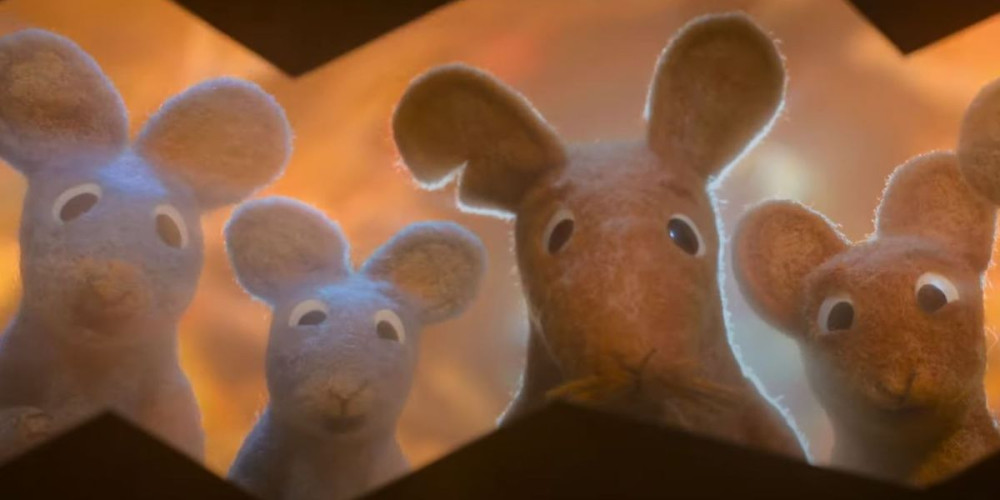 Ojari says one of the big inspirations for him and the team was the 1982 Channel 4 adaptation of Raymond Briggs’ The Snowman (directed by Dianne Jackson and produced by John Coates). “There is such a great tradition of watching animated specials about the holiday with the whole family. The team and I kept watching The Snowman over and over again for inspiration. We grew up with these specials as well as the Wallace & Gromit shorts. In more recent years, we’ve been treated to animated shows like The Gruffalo and Room on the Broom. They are these beautifully crafted films that are like little presents to the world. We think it would be amazing for Robin Robin to be watched next year as well as this year in the same way.”

When asked about the most challenging aspects of the special, both directors admit that every scene had its share of difficult moments. “Every shot was hard,” says Please. “Our animator Suzy Parr worked on some scenes involving the most intricate choreography for Robin and the mice. Robin’s song had lots of moments when she had to trample through the rubbish, and sometimes it took up to two weeks to block those scenes. Even the smallest moments have so many different layers, and the post-production on those scenes were incredibly difficult as well. In a way, the filming of the scene is just one layer of the cake.” 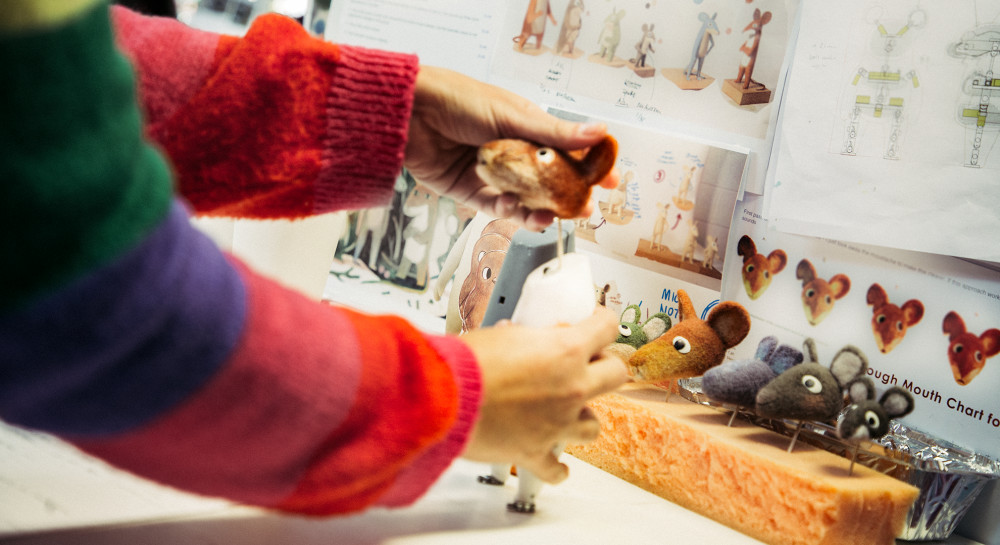 An Aardman artist puts together one of the mouse puppets used in the film.

“The introduction of Magpie’s house was very difficult, too,” Please continues. “We agonized over the details of that scene. Sometimes we had three or four people working for weeks on how a scene works or figuring out a character arc. It’s about figuring out that Rubik’s Cube of putting the pieces of a story together. The agonizing part happens when you lay out the foundations. We had a team of about 167 working on the film, and it was all shot at Aardman’s Bristol studio, mostly during the pandemic.”

Please says one of the biggest lessons they learned from the project was how to deliver a musical. “We hadn’t made a musical before, so figuring out how the musical themes worked over the course of the film and that they needed to have a shape and structure was a big learning curve,” he says. “It was a fun challenge finding where the mirrored moments were, and the places where themes combined to make new melodies that told a story in and of themselves. So, learning to use music to tell a story was tricky, but ultimately a huge asset.” 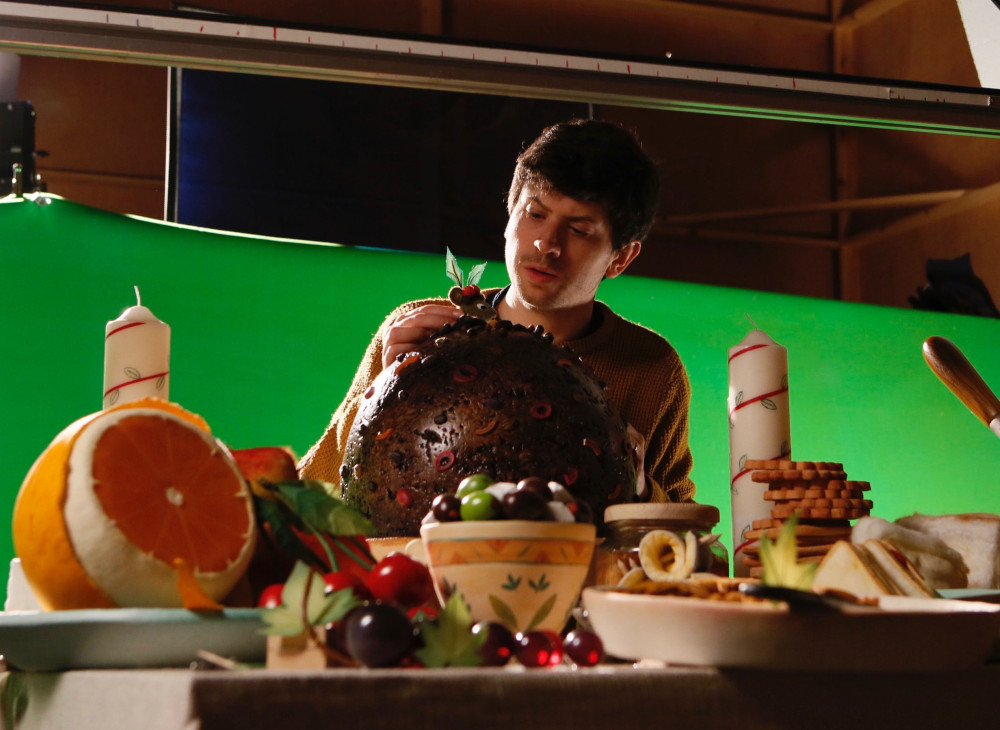 Looking back at these past few years, the directing duo say they are quite thrilled with every last element of the production. “That we got to make a stop-motion musical with Aardman for Netflix is, on its own, something to be pretty thrilled about,” Please comments. “But if we were backed into a corner and had to commit to a single component to celebrate, perhaps it would be the story we were able to tell in the relatively short amount of time. And that’s down to every team working to their fullest potential. The composers working with the story team, our co-writer Sam Morrison, our editor Chris Morrell, the incredible animators who are able to say so much with so little.”

In a way, everything has come full cycle, including the filmmaker’s love for Christmas specials and everything Aardman. “We have always considered Aardman to be up there at the top of our industry,” concludes Please. “Thanks to Aardman, both Dan and I grew up with stop-motion films, and it’s been a surreal experience working with the very people that inspired us!”

Robin Robin will premiere on Netflix on November 24.

Out of Afghanistan: Michaela Pavlátová on ‘My Sunny Maad’
Peak Performance: Patrick Imbert Scales New Heights with ‘The Summit of the Gods’