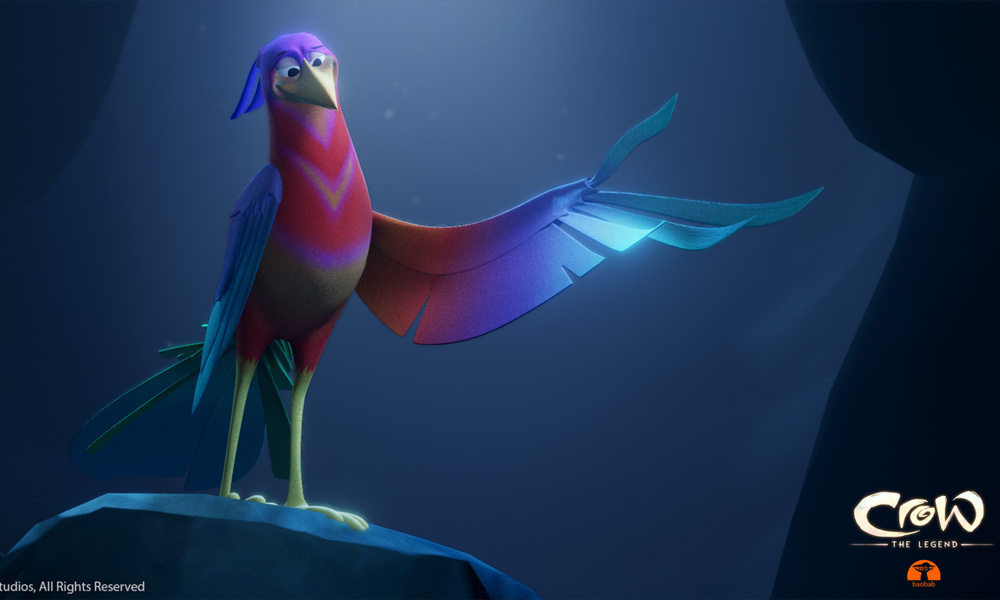 The enchanting VR folk tale short Crow: The Legend — the latest from INVASION! and ASTEROIDS! creator Baobab Studios — has officially qualified for consideration in the 2019 Academy Awards animated short film race. The project received a daily theatrical run at the Laemmle Claremont 5 Theater in the Los Angeles area from July 27-August 2.

Inspired by a traditional Native American story of the origin of the crow, the short centers on a brilliantly plumed bird who is nominated by his fellow animals to bring warmth back to the world in an endless winter. He is rewarded for his journey and carries the gift of fire back to his fellow animals in his beak. However, in doing so he sacrifices what is most dear to him.

John Legend voices Crow, with Oprah Winfrey as The One Who Creates Everything by Thinking, Constance Wu as Skunk, Tye Sheridan as Turtle, Diego Luna as Moth, Liza Koshy as Owl, Sarah Eagle Heart as Luna and Randy Edmonds as the Narrator. Baobab co-founder Eric Darnell (Madagascar) is the director.

Crow: The Legend premiered its prologue at the Tribeca Film Festival last year and recently was nominated as a finalist in the Venice Film Festival’s immersive track competition. Later this month, the film will have its North American event premiere at the Los Angeles Film Festival. Both the traditional short and the VR experience version will be released in late fall. 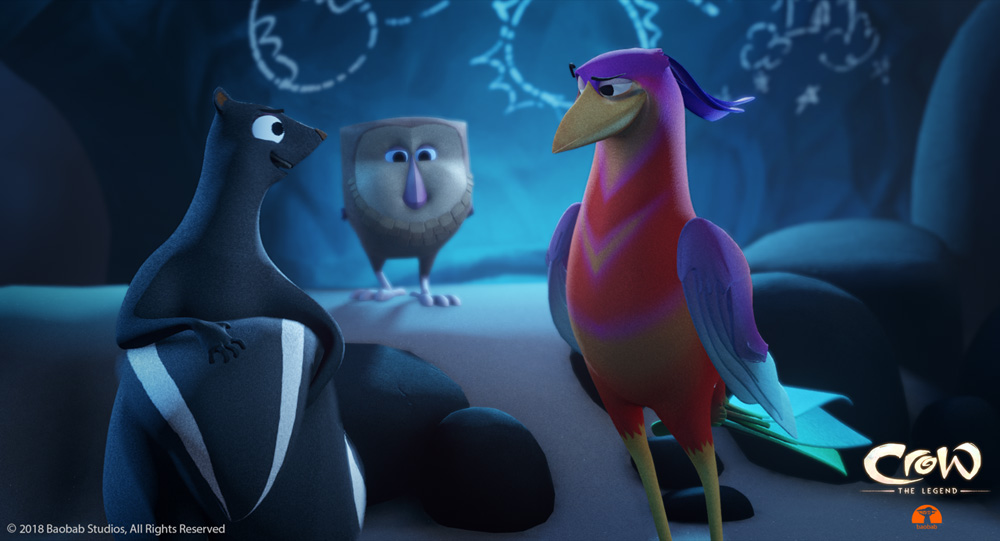