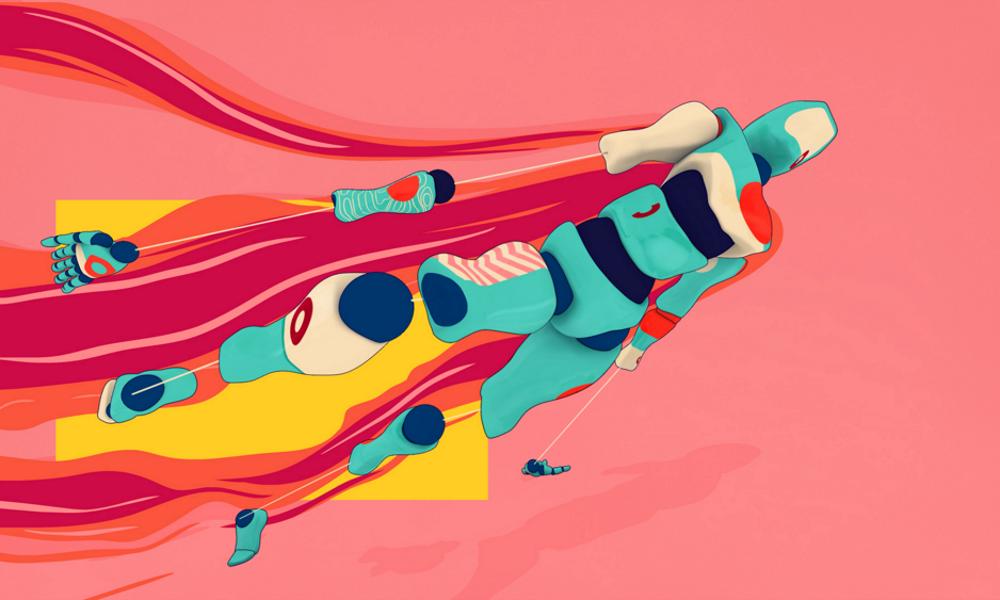 Over the course of a decade, independent design and motion graphics-focused creative studio PlusOne has developed their own distinctive character and vision. The Amsterdam-based studio celebrates its tenth anniversary this year with a mind-warping one-minute manifesto — A mesmerizing wash of quirky vignettes that blend seamlessly into one witty and trippy whole.

The anniversary is a milestone marking 10 years of hard work, creative high points and great memories. And the perfect moment to get the company’s core values and aspirations down on paper. Over the years, PlusOne continued to champion traditional techniques throughout their work. This helps create an instantly recognizable signature that’s also clear to see in the Manifesto.

“From the outset, we’ve tried to create work that’s inspiring, exceptional and true to our values. Visuals never seen before that speak to the viewer aesthetically, emotionally and intellectually,” the studio explained.

“As with every project, for the Manifesto we did lots of research, drawing inspiration from a wide range of sources. Like Rembrandt’s ‘The Syndics of the Draper’s Guild’, in which the figures are looking up from their work, as though disturbed by the viewer’s arrival. We use this artistic device at the start of the film to immediately engage the viewer: a sleeping crash test dummy appears to be woken and stares directly at the viewer. The dummy has no facial features, yet the insinuative power of animation tells you they’re looking at you in surprise.

“The internet is also a font of inspiration for us. For one scene, for example, we endlessly watched and analyzed in granular detail super-slow-motion footage of popping popcorn. In fact, pretty well every scene has its little backstory. Some people will spot that the marching two-legged elephants are a tribute to the legendary elephant parade scene in Disney’s classic, Dumbo, which made a lasting impression on some of us.

“It was a really enjoyable collaborative process. The script was written collectively, with everyone pitching ideas for scenes and only the strongest ones surviving through to the final cut.

“Once we had a first draft of the animation, we asked our friends at Six Feet High to join in on the sound department. As always, the guys took it to the next level, which in turn was inspiring for the designers and animators. We’re confident that the final piece, including the tailor-made sound, resonates with the handmade, unpolished, human feel that we’re after.”

Watch the video below and head to https://plusoneamsterdam.com to learn more.

PlusOne Manifesto from PlusOne on Vimeo.