In a delirium of police lights and hallucinations, the Brit- and Grammy-winning virtual band Gorillaz ring in a new dawn: 2D, Murdoc, Noodle and Russel teamed up with Nexus Studios (nexusstudios.com) to create the psychedelic video for their new track “Cracker Island” ft. Thundercat. Directed by artist and Gorillaz co-creator Jamie Hewlett and Emmy-nominated director Fx Goby, the vid takes viewers on a late night jaunt to the City of Angels. 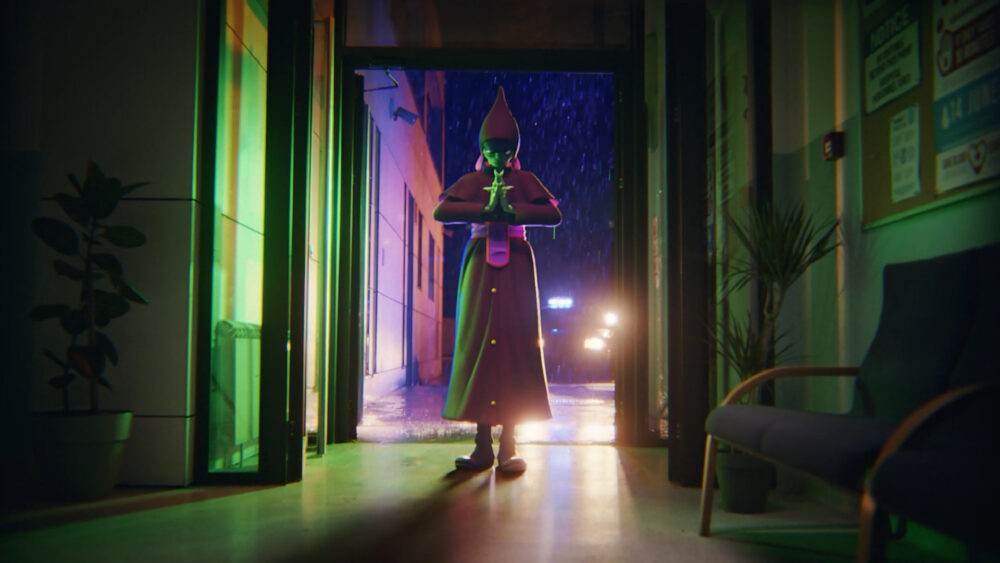 “Think of it as the final scene in the movie, the bit after the grand finale when the hero (me) is about to stride into the sunset, credits rolling. That’s right, we’re starting at the end. Why? COS I WORK IN MYSTERIOUS WAYS,” shared bassist Murdoc (voiced by actor-comedian Phil Cornwell).

Originally based at Kong Studios in West London, the group of musical misfits have relocated to Silverlake, California as they recruit new members to join ‘The Last Cult’, in search of the one truth to fix the world. With this new direction comes a new look, as the band now appear in super stylized 3D, courtesy of a close creative collaboration between Hewlett and Goby. 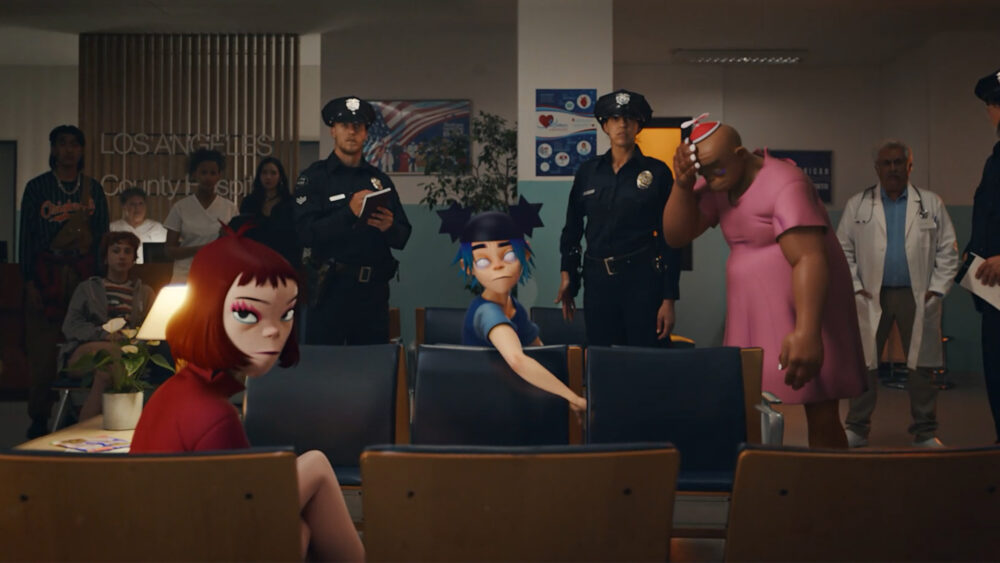 With a 20-year track record of innovation, this latest move by Gorillaz into 3D paves the way for multi-platform activations and the opportunity for fans to step further than ever before into the weird and wonderful world of Murdoc, Noodle, Russel and 2D. Hewlett and Goby’s fusion of animation and live action blends with clever lighting techniques and hallucinatory appearances by virtuosic bassist, mercurial talent and two-time Grammy winner, Thundercat. 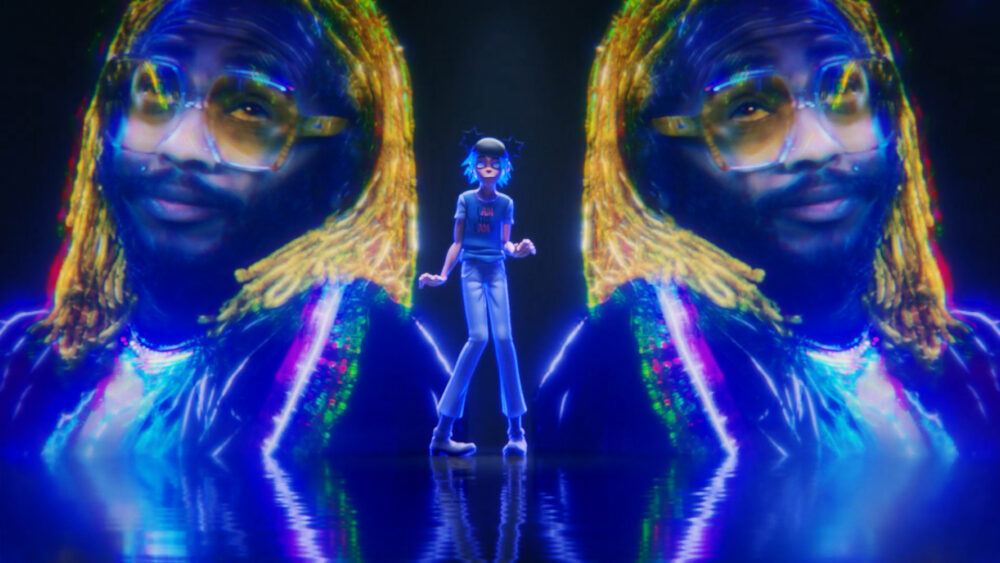 On “Cracker Island,” Hewlett’s ever-evolving creative approach to Gorillaz offered director Goby an opportunity to bring his multidisciplinary expertise to the collaboration drawing on his extensive experience with 2D and 3D animation, live action, and everything in between. Goby’s directing credits include the Emmy-nominated immersive film Back to the Moon and multi-award-winning animated Jack London short To Build a Fire. 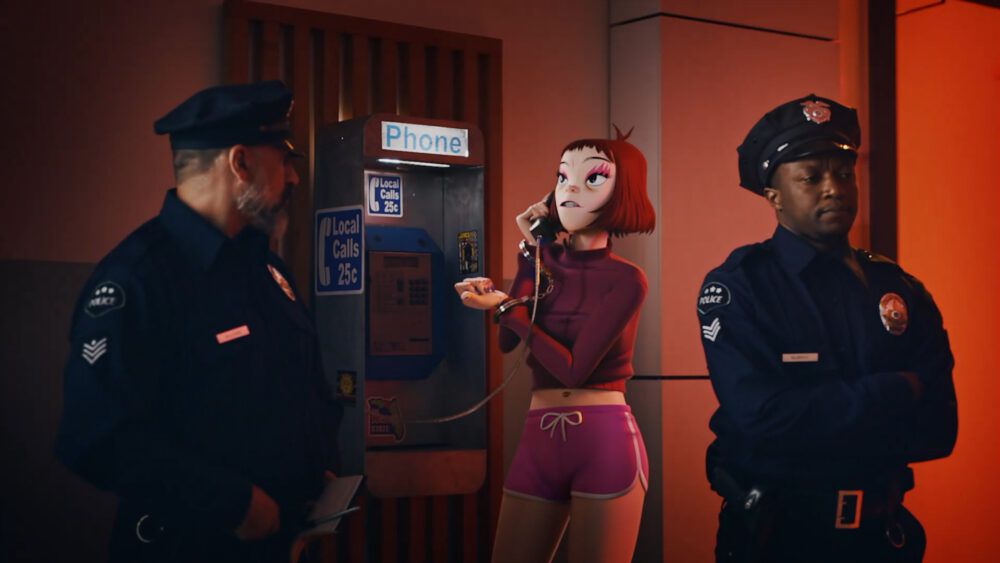 “Gorillaz’s iconic and groundbreaking legacy hugely inspired my early animation career. I was thrilled to partner with them to create this blend of live action and animation, and knew we would need the perfect balance between stylised and realistic,” said Goby. I couldn’t be happier with the sculpt and textures both faithful to the design but very much their own version. It was a privilege to work with 2D, Murdoc, Noodle and Russel not only in 3D but in this wild new era.”

Cracker Island” is a Nexus Studios and Gorillaz production with on-location support from Tuna Icon (Belgrade) and AzuL (Barcelona), and Grade from Black Kite Studios.

Formed in 1998 by Hewlett and musician Damon Albarn (Blur) in 1998, Gorillaz are an English virtual band blending alt rock, art pop, electronic, hip hop and many other usical influences. The group’s self-titled 2001 debut album, featuring the single “Clint Eastwood,” went triple platinum in the U.K., and the follow-up Demon Days (featuring “Feel Good Inc.”) went six-times platinum in the U.K. and double platinum in the U.S. In 2020, they launched the music video web series Song Machine, co-directed by Tim McCourt and Max Taylor (The Line) and featuring the voices of Phil Cornwell, Kevin Bishop, Haruka Abe and Remi Kabaka Jr. 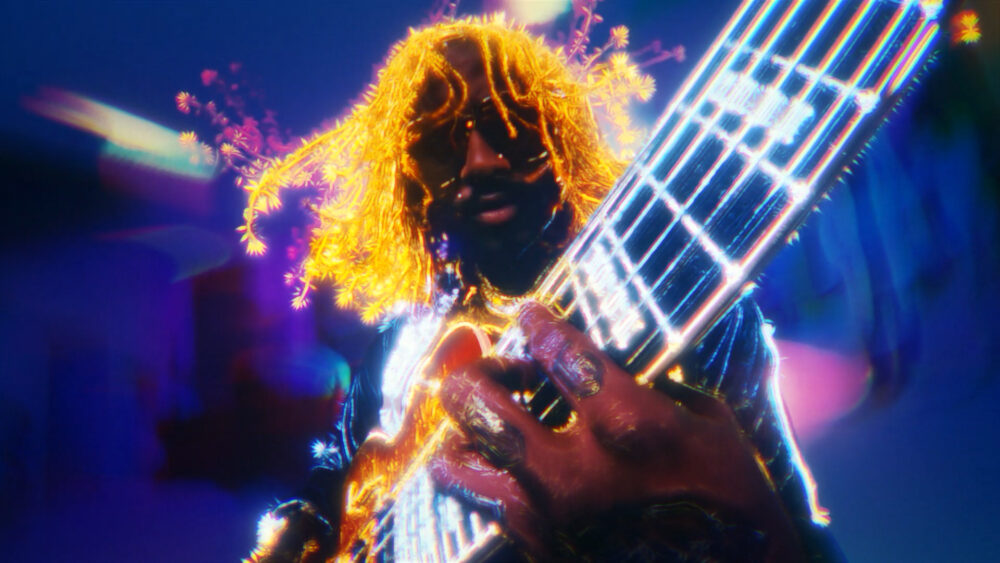 ‘South Park: The 25th Anniversary Experience’ Brings the Celebration to Cities Across the US
‘DC League of Super-Pets’ a Tail-Wagging Good Time for Families, Say Critics