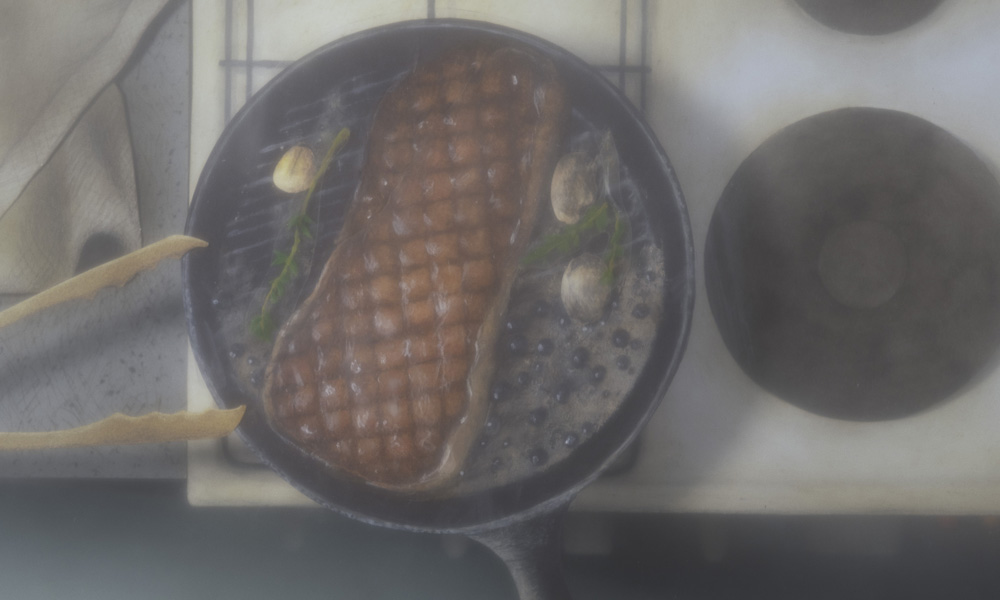 Fans of artistic, thought-provoking animation will remember Špela Čadež as the brilliant Slovenian director who made a big splash on the festival circuit with her award-winning shorts Boles (2013) and Nighthawk (Nocna Ptica) (2016). This year, she’s back with a stunning new work titled Steakhouse, which is competing at the Ottawa International Animation Festival in September. The visually arresting piece centers on a man’s unbearable hostility towards his wife after she arrives late for her birthday dinner. 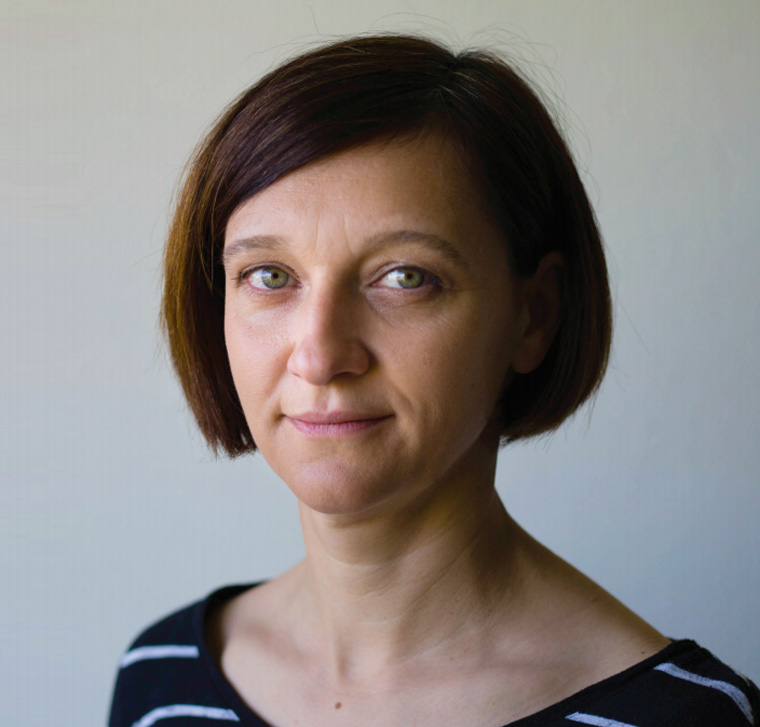 Čadež says she has always been fascinated by interpersonal relationships. “Psychological violence was one of the topics I had long wanted to explore,” she says via email. “It’s something that seems so distant, and then suddenly you realize you’re drowning in its vortex. One day by chance, I was watching a cooking show on TV, and then the idea came together. In the chef’s raw flipping of meat and drowning it in oil and the sound of loud sizzling meat, I saw much more than just a recipe.”

It took the director and her team about two years to complete the short. “The post-production was a bit more complicated due to the pandemic and took another year,” she recalls. “It wasn’t easy to have a three-country co-production and not be able to travel. In the two years of drawing and animating, we were mainly a team of three women; later we had extra help in animation from France.” 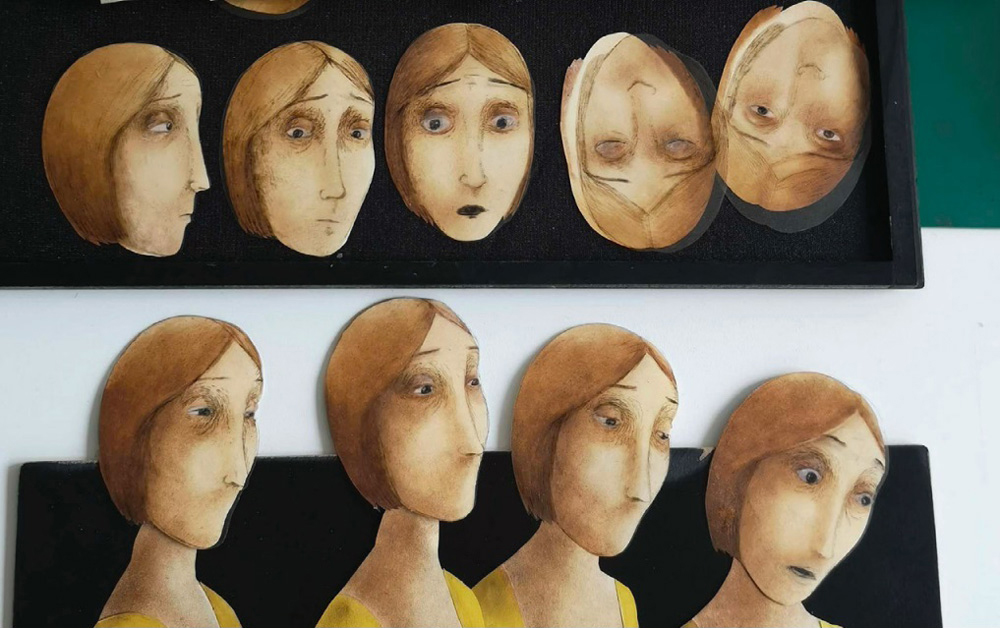 Steakhouse was created using a multiplane camera setup (which was also utilized in Nighthawk), achieving motion in animation with the help of oil-painted cels and paper cut outs. “I love to combine traditional and experimental techniques to solve creative challenges in the film and search for the inherent visual representation of the storyline and its characters,” says Čadež.

She says one of the project’s biggest challenges was finding the right characters to convincingly carry the plot. “In a short film format there is no time for explanations and prequels,” says the director. “It’s not always easy to choose the right characters and believe in them for three years.” 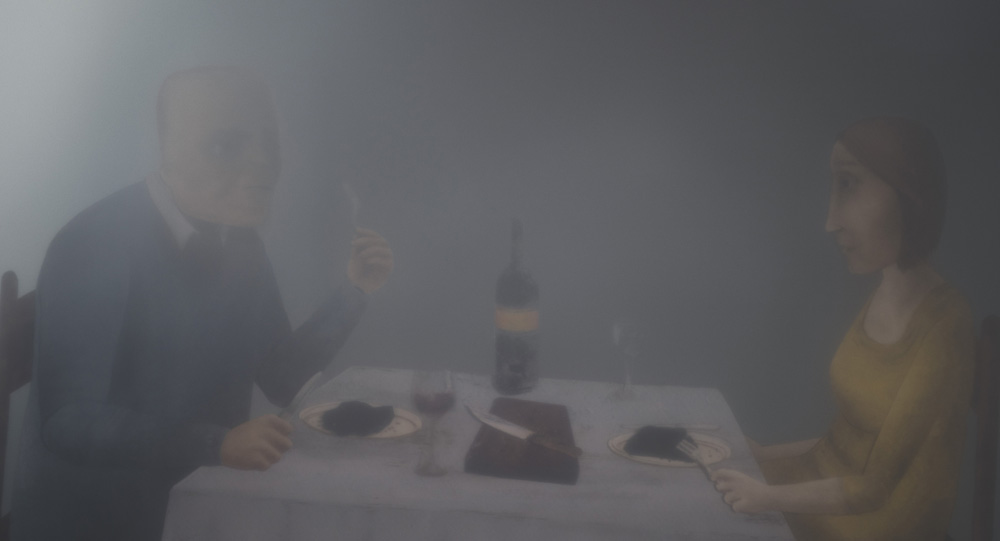 One of the achievements of the short is the way it builds such an amazing tension in such a short time. Čadež says playing with time is crucial to the success of a short. “Sometimes you need to put extra time in so you can put it out somewhere else effectively,” she offers. “I think the use of dialog was also an important part of this, too. Every wrong word or extra sentence could soften up the whole scene. The tension was not in the right words, but in the anticipation of action and the loud silences.”

The director mentions fellow animation artists such as Michaela Pavlátová, Signe Baumane, Marta Pajek, Joanna Quinn and Igor Kovalyov as some of her lifelong idols. She says she fell in love with animation when she was still a student and visited the Annecy animation festival for the first time. “I don’t really have experience with anything but short-form animation, but I do believe the short format allows me a lot of creative freedom.”

Looking back, she says she was surprised by how many viewers approached her after the screening of her previous short, Nighthawk. “In a positive way they felt compelled to talk to me about their own experience of alcoholism or being exposed to it as a child or through a loved one,” Čadež notes. “I felt the power of film and being able to open up subjects that are usually considered taboo. So, maybe what I wish for Steakhouse is to spark conversations about a subject that is important, but difficult to talk about.”

Steakhouse is one of the many acclaimed narrative shorts streaming as part of this month’s Ottawa International Animation Festival (Sept. 22-Oct. 3).