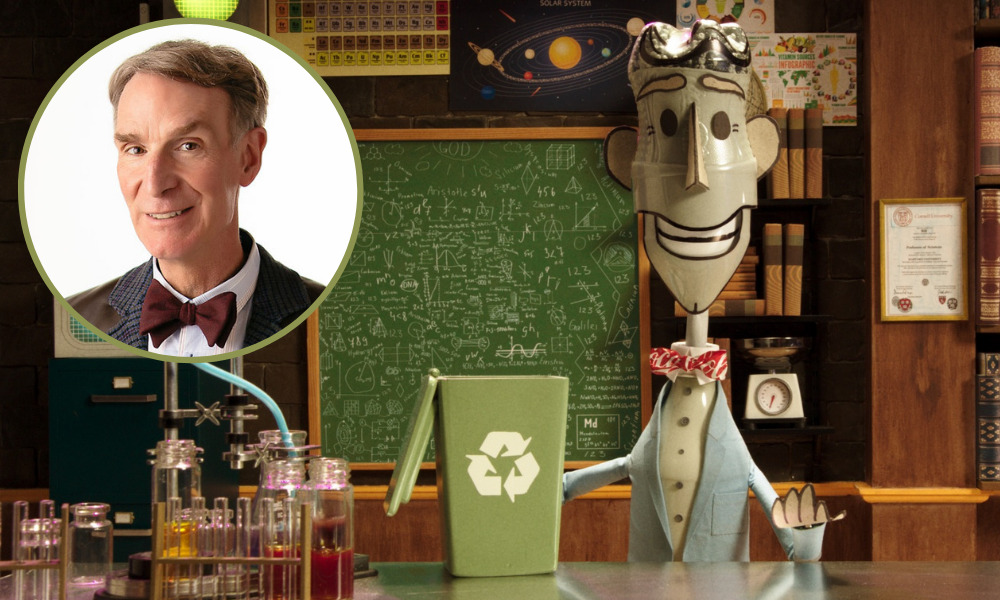 As science educator Bill Nye always says, “It’s not magic, it’s science!” And now he is revealing the “magic” secrets behind the science of recycling in a new stop-motion short film, created in partnership with The Coca-Cola Company. The spot is part of Coca-Cola’s World Without Waste sustainable packaging initiatives.

The film illustrates the holistic recycling process, breaking down the ins and outs of plastic recycling for viewers to demystify the process, with the ultimate goal of inspiring action. “As we know, we need to reuse plastic,” said Nye. “That’s why I’m partnering with The Coca-Cola Company to show the science behind the process of recycling and how we can continue to address the global plastic waste crisis, together.” 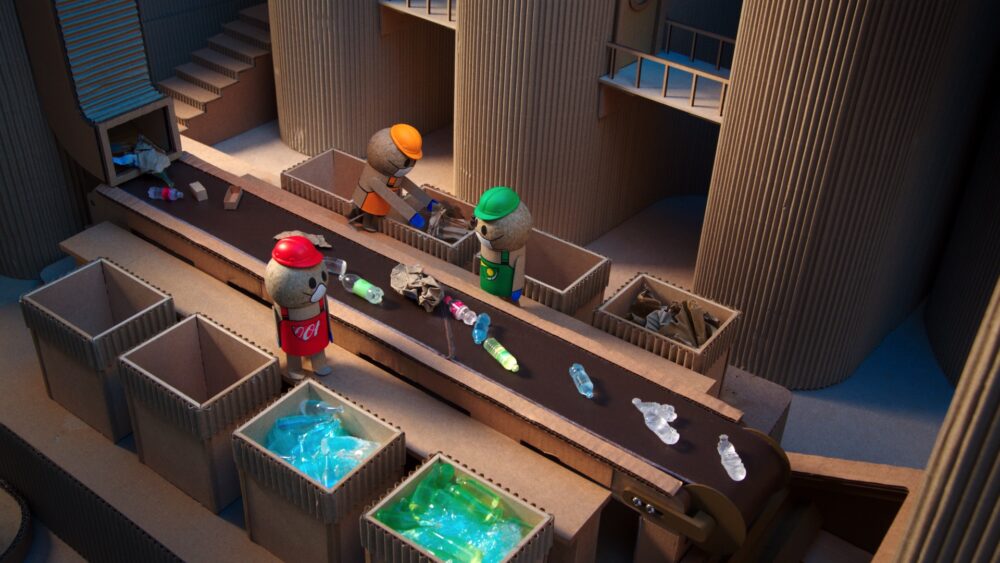 Brought to life by the award-winning animators, puppeteers and model makers at North West U.K. studio Mackinnon & Saunders (Fantastic Mr. Fox, Corpse Bride), the film features an animated — and recycled — version of Nye, who explains the end-to-end recycling process. As Nye narrates in his dynamic style, the short takes viewers on the circular journey of a plastic bottle, starting from the time it’s placed in a recycling bin to it coming back on the shelf as a 100% recycled bottle (excluding cap and label). 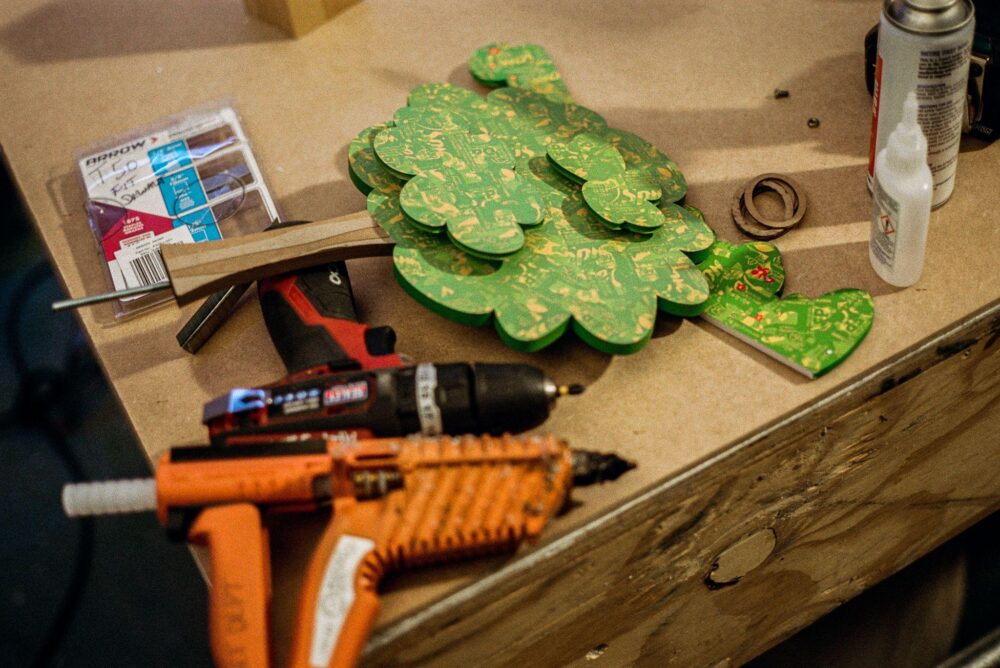 Creatively, the approach to the film was not just about visualizing this process, but also reflected the use of recycled materials throughout — Coca-Cola packaging, including plastic bottles, labels and cardboard were incorporated into every aspect of the short.

Produced and shot in Cheshire, England, the film features a 10-inch-tall Bill Nye puppet made from recycled Coca-Cola bottles, with a range of 10 different mouth shapes to facilitate lip synching. Six “factory minions” made for the film were also constructed from recycled materials, with each standing about four inches tall. Trees were made by reusing Sprite labels and conveyor belts designed from recyclable cardboard, creating a film that embodies recycling, design and function. 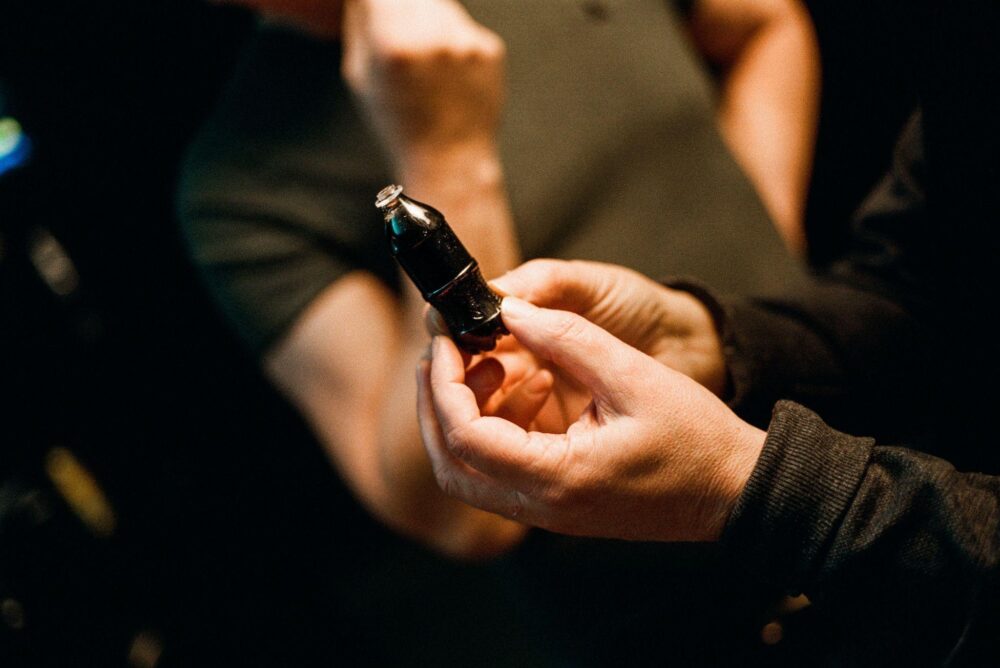 Mackinnon & Saudners also created bespoke miniature drinks bottles to two separate scales, to accommodate the size difference between the Bill Nye and factory minion puppets. The smallest bottle, printed in clear resin, stands just 40mm tall (about 1 ½”). Each second of film consists of 25 individual frames, and the whole process from set build to to final shoot, took about 10 weeks (six of pre-production, three of filming and one week of post-production).

While roughly 59% of Americans have access to curbside recycling, according to The Recycling Partnership’s 2020 study, only 27% of plastic bottles are currently recycled in the U.S. (per NAPCOR). 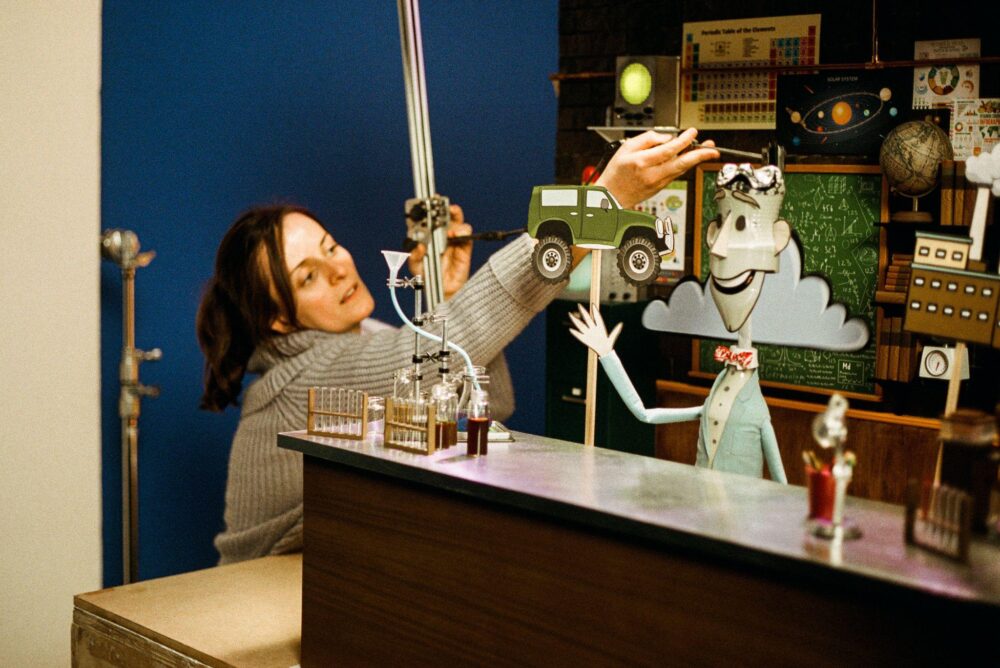 One of The Coca-Cola Company’s “World Without Waste” goals is to collect and recycle a bottle or can for every one it sells by 2030. The company is also committed to making 100% of its packaging recyclable by 2025 and using at least 50% recycled material in its packaging by 2030. This new film backs up the message that recycling is critical to “closing the loop” — using and reusing the materials in plastic bottles again and again.

“We recognize our responsibility to help address the world’s plastic waste crisis and to help create a closed loop economy, but we can’t do it alone,” said Christine Yeager, Director, Sustainability at The Coca-Cola Company North America. “And who better than Bill Nye to help inspire everyone to understand, think, feel, and behave differently about recycling. Still, there’s much more that needs to be done — which is why we’re also advocating for well-designed collection policy, funding infrastructure and creating greater economic demand for recycled content. But Step One is collecting and recycling our bottles.” 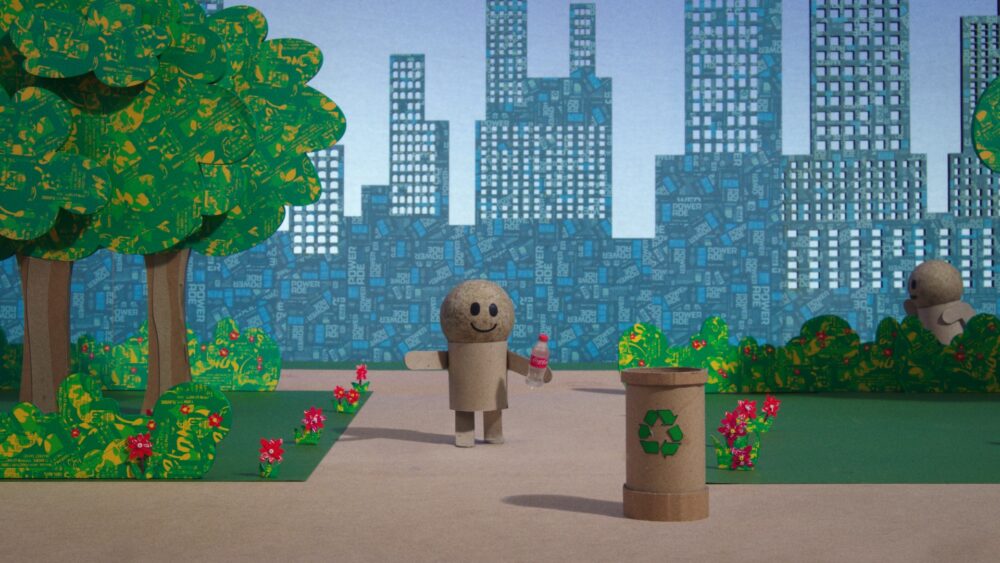 Learn more about Coca-Cola’s World Without Waste initiative at coca-colacompany.com.