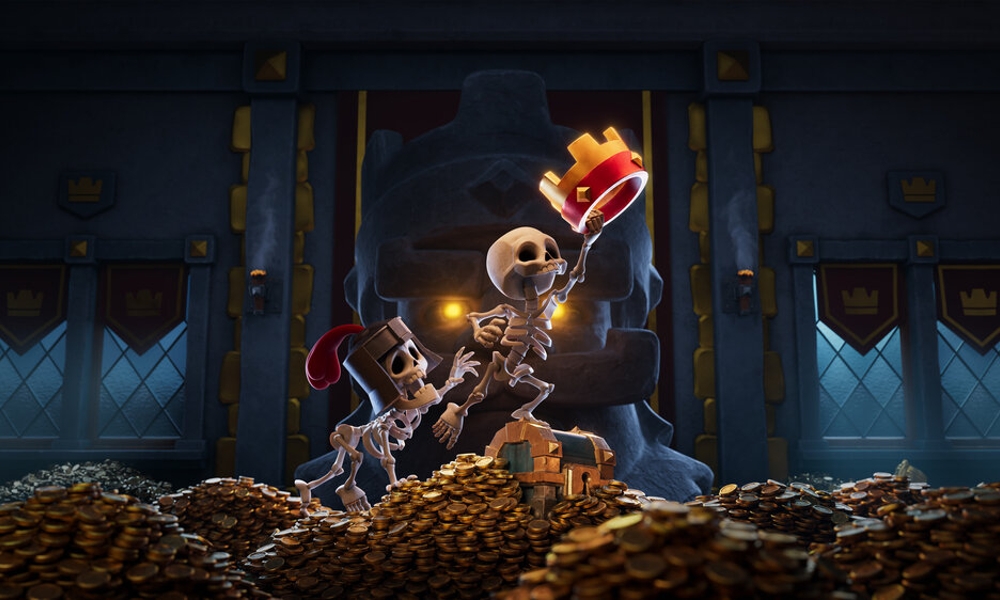 “It has been a true honor working on Lost & Crowned with this team of incredibly talented and passionate artists who poured everything they had into our labor of love,” said Gorostegui. “Growing up as an older brother, I experienced and learned from the same lessons that Peter and Larry are faced with in the film (except for the dragons and explosions!), and I treasured and even obsessed over some of my favorite childhood adventure films like E.T., The Explorers and Goonies. Hopefully our little film can inspire our audiences in the same way that the films I watched growing up did for me.”

Inspired by mobile game co. Supercell’s “CLASH” Universe, Lost & Crowned spotlights the beautiful cinematics, visual effects and animation of its creative content producing studio, Psyop. The film is the first for the award-winning Gorostegui as both writer and director, in addition to being the first of Psyop’s films to qualify for Oscar consideration.

“I’m so grateful for the incredible team who brought our short to life,” said Lost & Crowned producer Amanda Miller, from Psyop. “Their extraordinary level of craft and artistry shines in every frame under Borja’s direction. It’s an honor for us to join the other animations qualifying for consideration, and I’m thrilled our “little” film is now about to find new audiences to love it!”

Lost & Crowned was released worldwide on Sept. 12, 2020, and wracked up over 100 million views across all platforms in the first two months online. It had previously finished its qualifying run under the amended AMPAS Oscar 2021 COVID rules.

Learn more about the sweet and comical short in our BTS post here!

A consummate visual storyteller, Gorostegui’s previous work has also garnered hundreds of millions of views online and won several awards, including The One Show, AICP & Addy awards. As Gorostegui worked for some of the top independent studios, his “Swiss Army knife” set of skills led him to be designer, lead compositor, 3D animator, CGI generalist, technical supervisor and project lead, and ultimately a writer and a director. In 2012, he accepted a Director position with Psyop, honing his craft as a storyteller while working with high end brands, such as Coca-Cola, Pepsi, Supercell, Nintendo, Samsung, Frito-Lay, McDonald’s, Red Bull, Chobani, PlayStation And Delta Airlines.