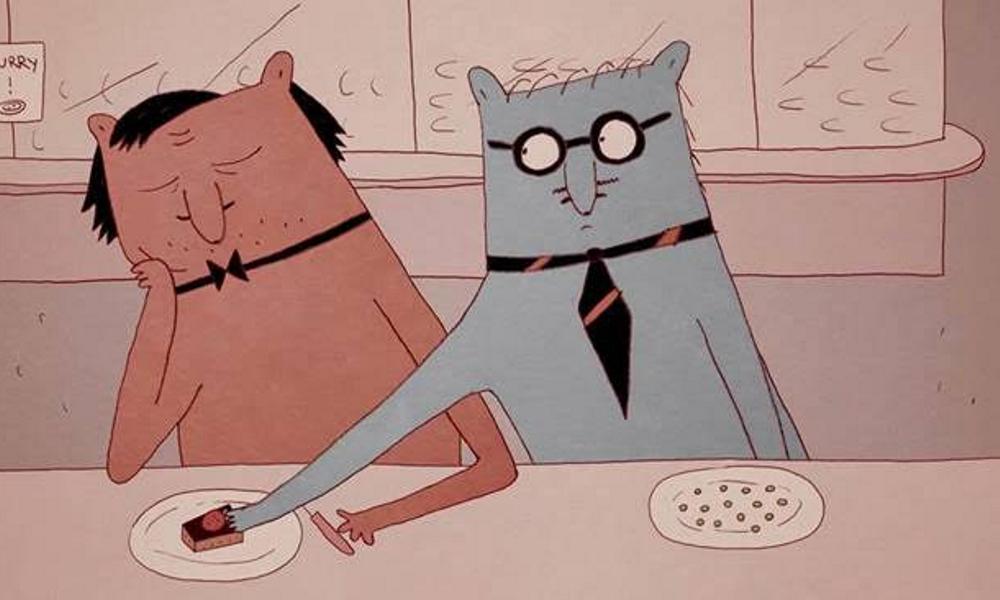 Sparks - "One for the Ages" (directed by Chintis Lundgren)

Ground-breaking pop pioneers Sparks – Los Angeleno brothers Ron and Russell Mael – have turned to Estonian animation director Chintis Lundgren to create the video for their new single “One for the Ages,” available to watch now on YouTube.

Renowned for her acclaimed, award-winning short film Manivald, Lundgren runs her own animation studio Chintis Lundgreni Animatsioonistuudio and is co-founder of Adriatic Animation, an animation studio based in Zagreb, Croatia. The video follows a protagonist who dreams of creating something that could one day be considered “one for the ages.”

Each image is hand drawn on A5-sized printing paper, photographed with a Canon EOS 400 D digital camera with a 50mm prime lens, colored in Photoshop and edited in Adobe Premiere. Working to a tight timeline Lundgren teamed up with animator Draško Ivezić for the project.

“Draško has created a digital pencil that has pretty much the same kind of line as my analogue one, so I’m able to combine his digital drawing with my analogue ones without there being any noticeable difference,” said the director.

“Who among us doesn’t feel the need to be involved with ‘One for the Ages,’ either in a creative endeavor, a personal relationship, or as the next Michael Jordan?” said Ron Mael.

The song is taken from Sparks’ forthcoming album A Steady Drip, Drip, Drip, due on Friday, May 15 on digital platforms with the release date for CD, vinyl and cassette now set for July 3. (Available for pre-order now.)

“One for the Ages” isn’t Sparks’ first animated outing. In 2017, the group teamed up with BAFTA Cymru-nominated animation and puppetry director Joseph Wallace for the multi-award-winning video for their single “Edith Piaf (Said It Better Than Me).” Watch it here.

You may also like...
Related Topics:Chintis Lundgren, featured, One for the Ages, Sparks
Geographic Region:Worldwide