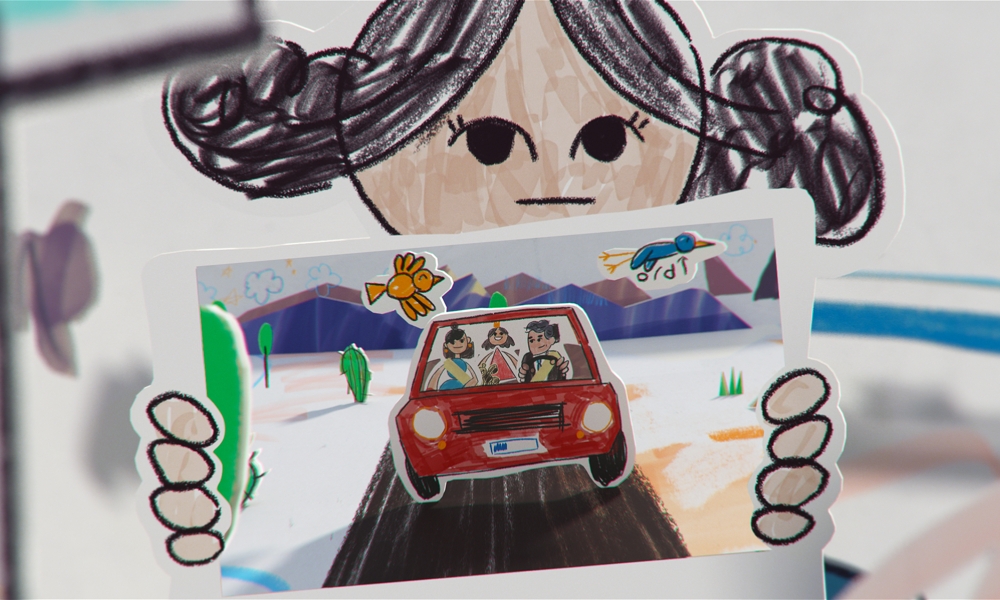 Multidisciplinary design studio Brigade recently produced a new animated PSA campaign for agency RK Venture and the New Mexico Department of Transportation (NMDOT) to raise awareness of the dangers of distracted driving and drunk driving. Directed by Sean Broughton, the campaign was inspired by a true story in which a six-year old helped police in the German city of Hamm track down a rogue driver by sketching the assailant he witnessed.

“When I learned of the news report about this boy, I could instantly visualize a PSA around the narrative point-of-view of a child,” says Broughton. “Not only would it drive home our message with honesty and authenticity, but it also felt similar in tone to the campaigns we’ve done for the NMDOT in the past.” 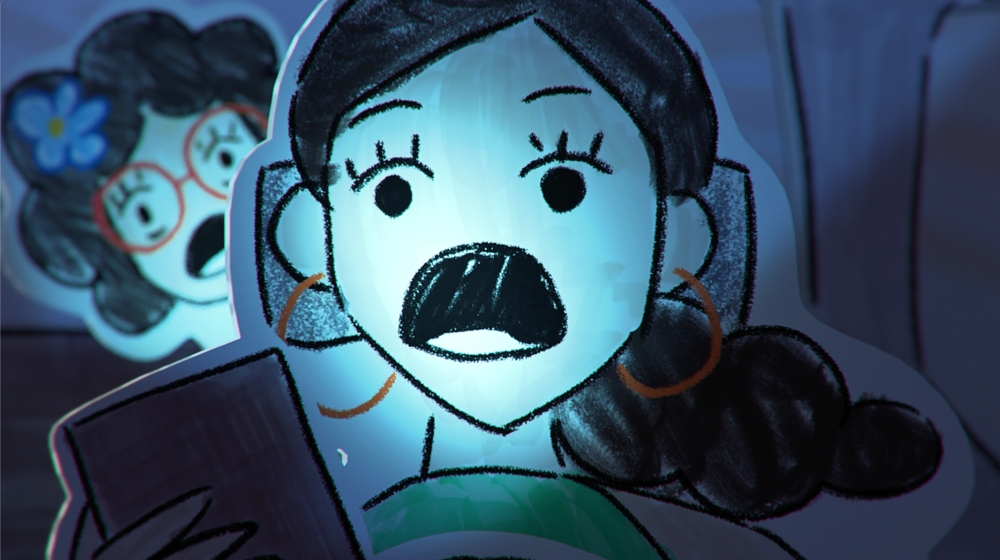 Narrated by children, each spot tells a different story with animations of childlike crayon drawings that show the graphic consequences of bad driving decisions and how they affect others.

Working closely with RK Venture Principal/Executive Creative Director Richard Kuhn and Broadcast Creative Director Nick Tauro Jr., Broughton commenced on the campaign in the scripting phase, focusing on the three main hazardous driving issues New Mexico is currently facing. They next moved on to articulating the visual language of the campaign with a style bible. The illustrations had to not only convey the emotion of each story — from a child’s POV — but also translate well to animation. 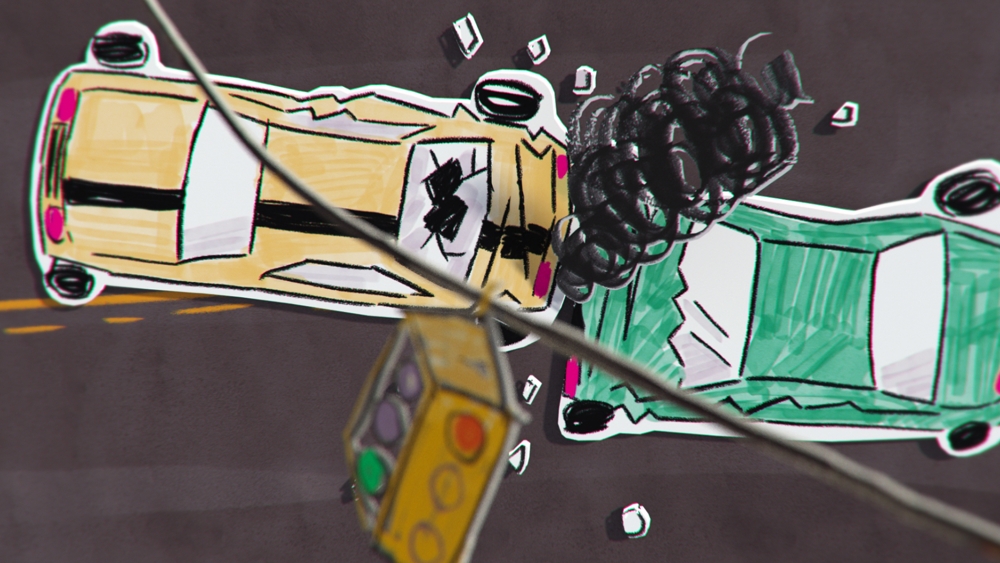 Brigade, led by Creative Managing Director David Dimeola, first created storyboards for each spot by sitting down with Broughton to interpret the scripts. “Sean is an ideal director with his exceptional ability to describe in great detail how every aspect of a scene should perform and look,” said Dimeola. “It just gets the entire team to the heart of the story by providing our motivation, which is what you need in a fast-paced production line.”

Brigade’s art director then illustrated the entire cast and supporting artwork, which included iconography such as flowers, trees, clouds, insects, vehicles, people and buildings with a child-like aesthetic. “We arrived at a very specific look for all three films,” explained Broughton. “The illustration elements had to be drawn in a style that remained childlike, yet legible, relatable and animated.”

Tasked with binding each unique story with a cohesive motion language, Brigade employed a combination of CGI and 2D cel animation, which enabled them to light the scenes in three dimensional space, complete with depth of field, shadows and parallax.

In order to bring the characters to life with a sense of spirit, Brigade tapped Lead 2D Animator Masa Nakamura for his expertise in traditional animation techniques. Leading the CG team was Leomar Esteves, who developed a flexible workflow to combine 2D cel animation and light for the final look all within Maxon C4D. HalfLife digital handled the edit, foley bed, sound design, VO, music and mastering to finish the spots. 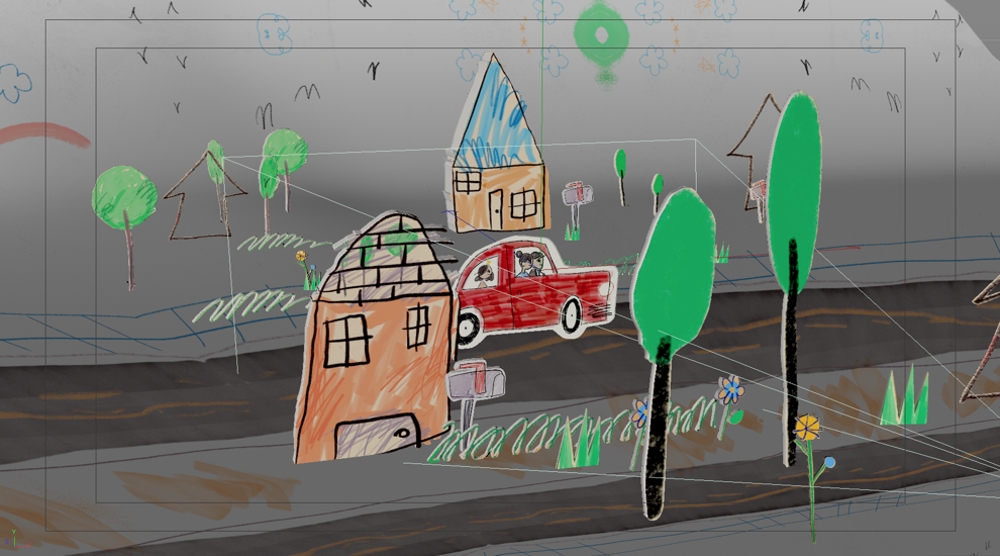 “We had to produce three fully animated films in a little over a month, and Brigade brought an engine of top talent to pull it off,” Broughton pointed out. “We worked with Brigade remotely by leveraging a variety of collaboration tools like Frame IO to review and refine daily animation work to finally achieve the look we envisioned.”

With COVID-19 restrictions cutting down production, the director and his team knew a live-action production as with past NMDOT PSAs would not be possible, and pivoted to animation. “I knew this campaign would be in the right hands with Brigade,” he added. “Dave and I have been friends, collaborators and business partners going on 10 years, so I knew what he and his team could bring to the party. It was truly a dream job — and I don’t say that lightly. I never thought I’d be able to say that of a project executed during these trying times, but we pulled it off without any hiccups. Here’s to the next one – and please, don’t drink and drive.”

“This pandemic has certainly tested our ability to collaborate on all aspects of making commercials,” concluded Dimeola. “While it’s essential to equip a studio with proper pipeline tools to organize data and render imagery seamlessly, it’s pivotal to have team chemistry. Brigade has developed relationships that bring artists together in a unique way that keeps the creative process exciting, productive and fair to all who participate.”

Learn more about the studio at http://brigade.tv.