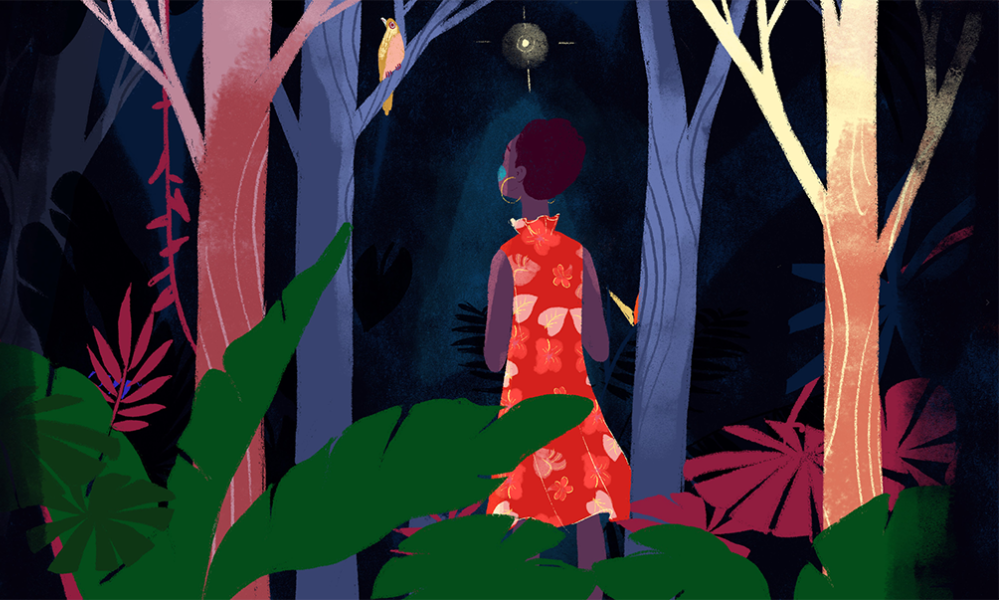 SXSW Award-winning director Amy Bench is returning to the Austin festival next month (March 11-19) for the World Premiere of her new animated documentary, More Than I Remember. Illustrating the harrowing, hopeful journey of a Congolese teenager searching for her lost family, the film is screening in the Texas Shorts competition.

One night at her home in southeastern Congo, 14-year-old Mugeni awakes to the sounds of bombs. As her family scatters to the surrounding forests to save themselves, Mugeni finds herself completely alone. From there, she sets out on a remarkable solo journey across the globe, determined to reunite with her lost loved ones and lift up the Banyamulenge people. Despite unimaginable obstacles, Mugeni’s story is ultimately a portrait of hope, love, and family bonds.

Directed and produced by Bench — who won a SXSW Special Jury Award for her previous animated short A Line Birds Cannot See as well as honors from BendFilm, Cleveland International Film Festival and Indie Grits —More Than I Remember is produced by Carolyn Merriman and executive produced by Eloise DeJoria and Constance Dykhuizen. Maya Edelman (Out of My Head, Lindsay Katt’s Avant Gardener) imbues the short with her unique visual style as animation director. 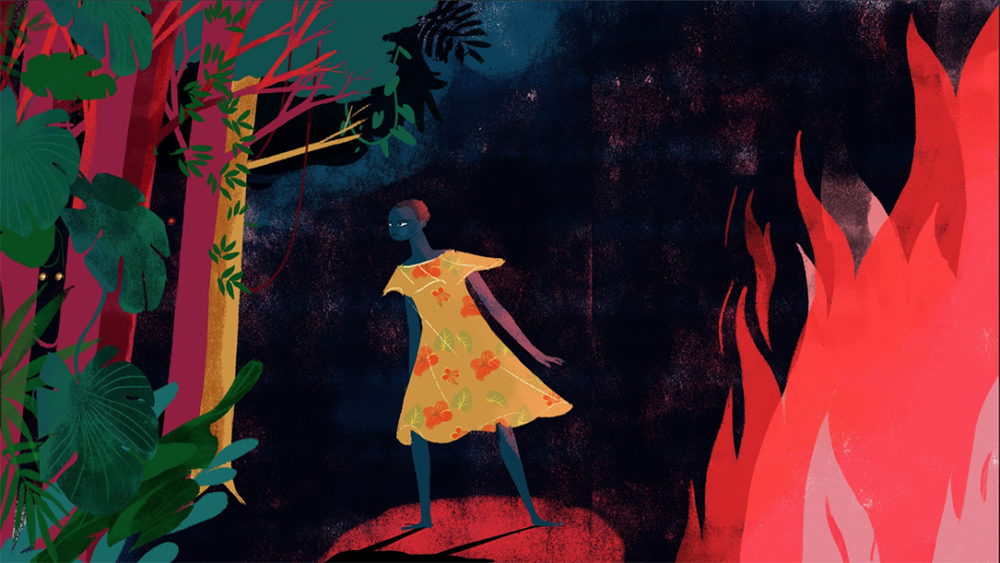 Edelman and the filmmakers sought to reflect Mugeni’s “sensitivity and boldness” with rich, textured colors across an unlimited palette, grounding the design in reality while capturing the emotional stakes of life as a migrant and refugee. As Mugeni moves through each carefully considered landscape on her search for “home,” these changing backgrounds are juxtaposed with simplified character animation to focus audience attention on her recollections of horror, flight from her country and the trials she faces along the way. The team’s goal was for “the viewer to witness events in a way that does not distract, glorify or burden the storyteller with brutal imagery, in turn creating a unique level of intimacy that can transcend what’s possible in other visual forms.”

The animation team connected to the project both artistically and personally. Rancagua-based animator Sebastián Bisbal, who received his MFA in Film Production from The University of Texas at Austin, is pulled to stories of displacement due ot his own family’s political persecution.  Lebanese artist Samia Khalaf moved to California at age 17 to pursue animation at San Jose State University, and has worked on projects for Disney TV, mobile games and VR apps for the past 11 years — her best friend from childhood is a Syrian woman who has been displaced multiple times. Edelman herself came to the U.S. as a refugee from the U.S.S.R. at age 13,  knowing the disorientation of life in a new place, struggling to express onself fully in a new language.

The short brings attention to U.S. path-to-citizenship policy and the humanitarian crisis happening in southeastern Congo, where militia attacks on the minority Banyamulenge people have led to the destruction of hundreds of villages and the displacement of over 200,000 people (read more in these reports by Human Rights Watch and Genocide Watch). These refugees have fled to neighboring countries or scattered across the globe.

One sanctuary country offering a path to citizenship for unaccompanied minors is the United States, working with the United Nations to help a small yet critical number of this extremely vulnerable population for the past 40 years. But the life-saving Unaccompanied Refugee Minors Program (URM) was nearly eliminated under the previous administration in 2018, leaving thousands like Mugeni with fewer places to turn to for help. As the filmmakers note, stories like Mugeni’s highlight the need to provide safe spaces for the children who need it most — and work to expose audiences to the issue. 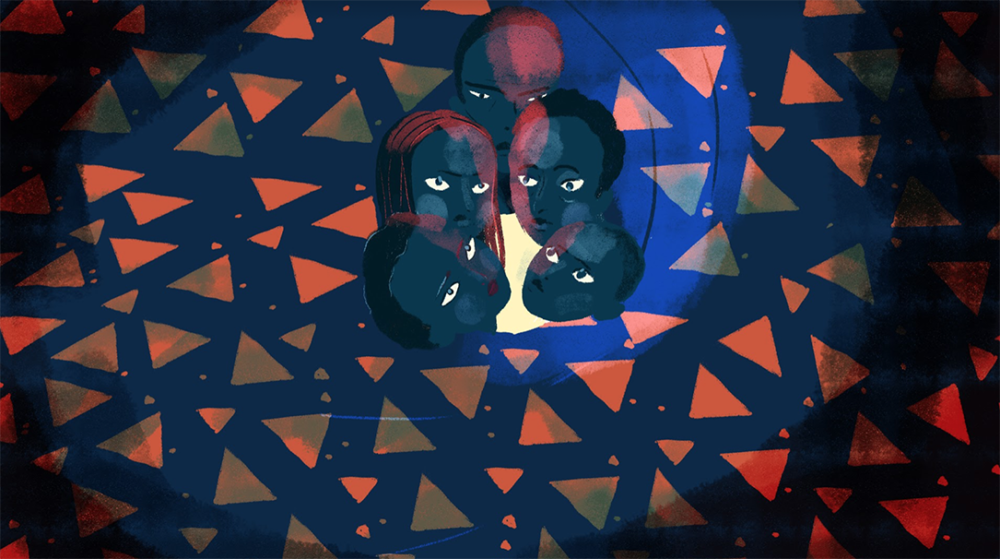 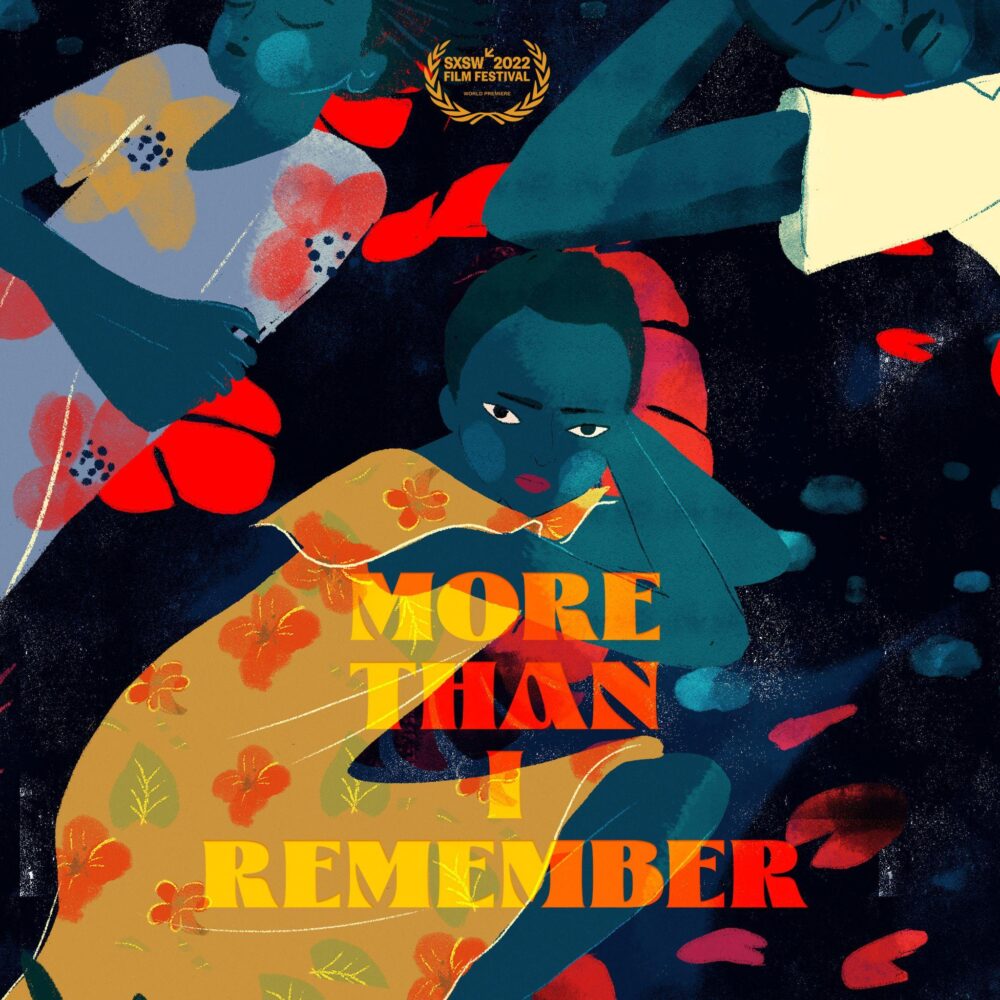