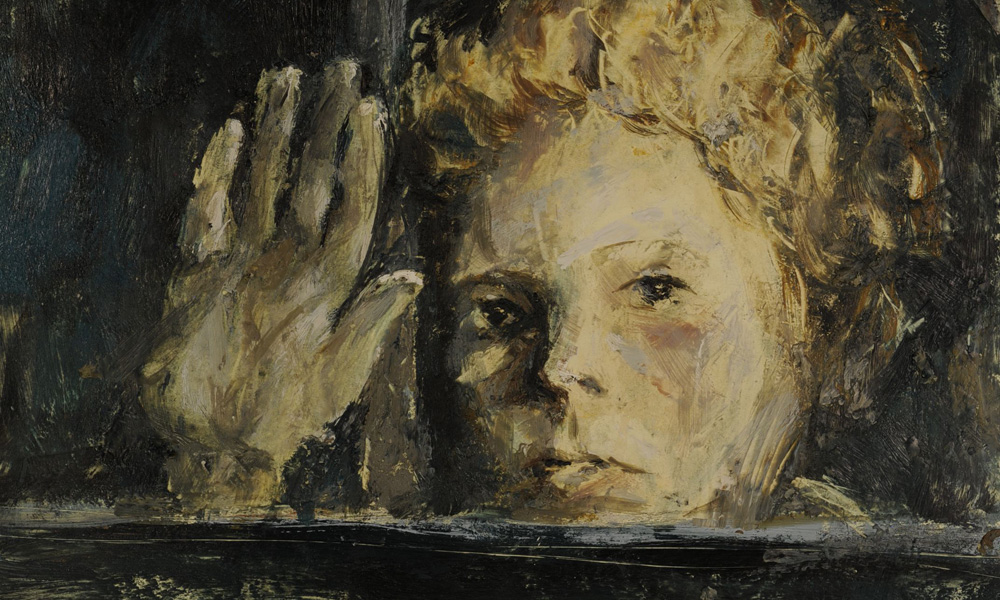 About eight years ago, when Theodore Ushev started to read Bulgarian author Georgi Gospodinov’s acclaimed book The Physics of Sorrow, he simply couldn’t put it down. The brilliant animation director, who received an Oscar nomination for his 2016 short Blind Vaysha, read the book in one night, because he felt the autobiographical work told the story of his generation.

“I had the ideas for the animated version of the book in my head, so I contacted the writer immediately,” recalls Ushev, who is the same age as Gospodinov and also grew up in Bulgaria during a difficult social and political period. “Everything was changing at the time,” says the director. “One of the things I loved about the book was that it references time capsules — all these strange, miscellaneous objects that were buried in the 20th Century, so that people in the future could understand how we lived.”

Ushev’s instant identification with the book led him to spend many years creating his own take on the tale as a 27-minute animated short — a collection of powerful images with narration by Rossif and Donald Sutherland and Xavier Dolan (for the French-language version). Already dubbed a masterpiece and his most personal work to date, The Physics of Sorrow was the winner of the Best Canadian Animation at this year’s Ottawa International Animation Festival, and is one of the strongest contenders in the Best Animated Short Oscar race this year.

In the film, Ushev weaves first-person narration with the memories of a man who grew up in Bulgaria during the 1970s and tries to find meaning in his new life in Canada. But the film also stands out for its unique animation technique. The director chose to use encaustic-painting on slightly bleached beeswax, mixed with pigments on paper.

“I used an old recipe that my father gave me,” he explains. “I make the wax so hot so that it becomes liquified, which allows me to change the movement and colors. It’s very physically demanding. You have to paint very fast because the hot wax dries out quite quickly. You never know how much beeswax is going to melt, and you have to use both hands. It’s a good workout.” 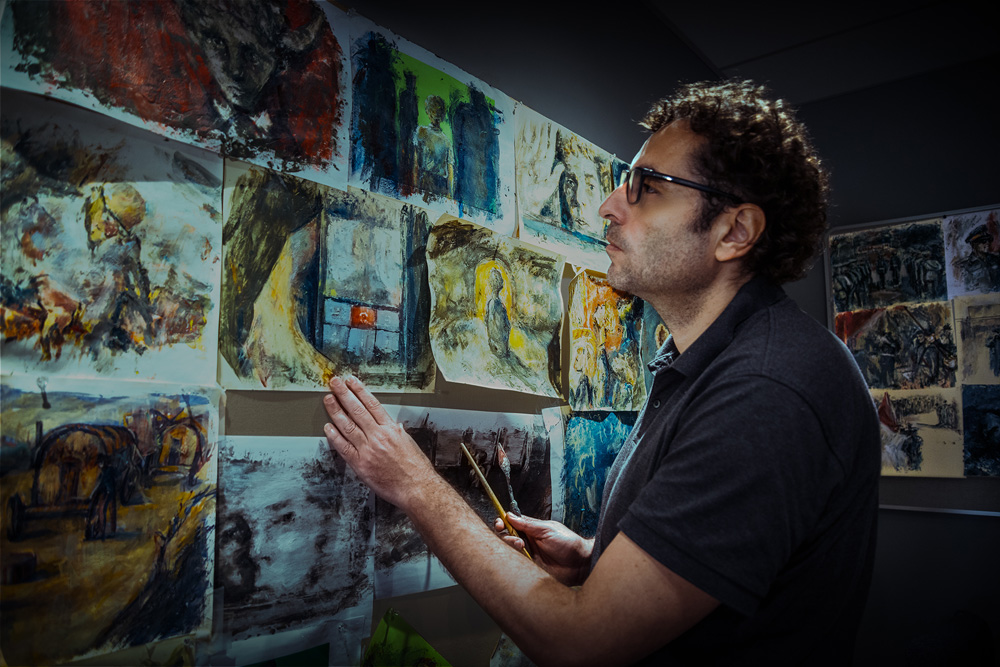 “In the beginning, the best I could do was one second of animation per day,” Ushev recalls. “But I got better, so sometimes I could do six seconds a day by the end. You can’t work eight hours a day, because the smell of beeswax fills your nostrils. But I love the fact that you are allowed to make mistakes in this format. The animation is not perfect. Liquified images are destroyed sometimes, so sometimes things are smudged and the image isn’t sharp. Which is just like memory and how you remember the events and details of your life.”

The director says he picked the encaustic method because the first time capsules were the Egyptian tombs and coffins. “Encaustic is the oldest painting technique and was originally invented by the Greeks. It was mostly used by the Egyptians to create realistic portraits of the dead on Egyptian sarcophagi, so they allowed the memory of the buried person to be preserved for centuries. Those portraits stayed intact and they look like they were painted yesterday. I wanted to create a sarcophagus of my generation.”

When asked about how much of the short’s content is autobiographical, Ushev replies, “What I used from the book was the style of the writing,” he notes. “The content is not strictly autobiographical, but I used some elements of my life as well as my father, my daughter, my friends’ memories. I wanted to use the characters to tell the story that I wanted to tell. I wanted the film to feel like a maze, but you need 26 minutes to find the way out. You open doors in the beginning, so you can close them in the second act.”

The Physics of Sorrow, which was funded by the National Film Board of Canada and ARTE France and produced by Marc Bertrand, also spotlights the Greek myth of the Minotaur imprisoned in a labyrinth. “I felt the sadness of the Minotaur, which is probably the most profound sadness in mythology. He is not guilty of any crimes, he was simply born that way, but his father was ashamed of him. This happens in many lives, where you are put into conditions through no fault of your own. But you have to find a way out and become a better person.” 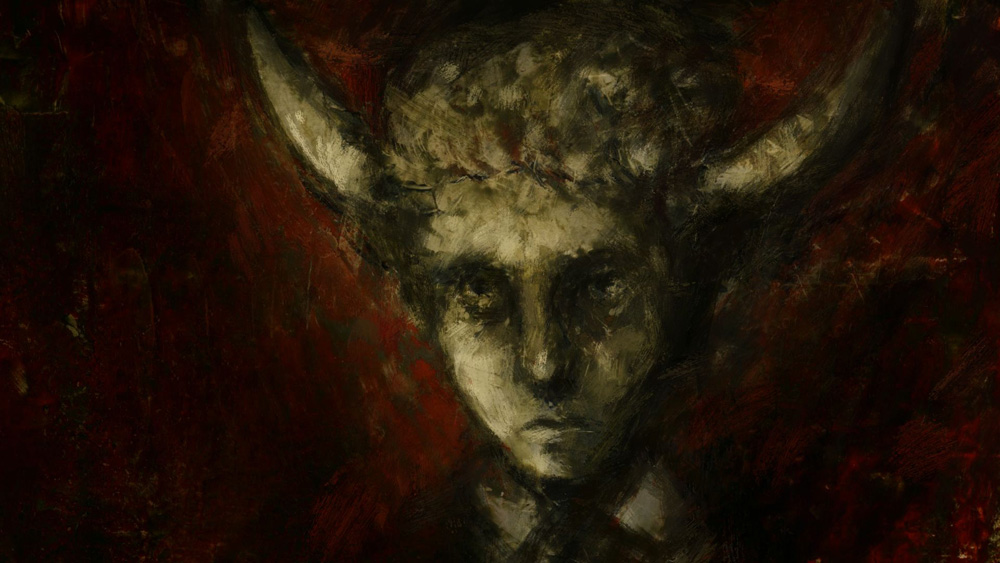 Voice of a Generation

Ushev says his generation has had to face a lot of disappointments. “We started our lives in extremely good times, and we had a lot of hopes and dreams, but we weren’t able to make the world a better place,” he reflects. “Instead of moving forward, we suddenly started to limit our rights, closed the borders and started more wars. We took our basic freedoms for granted and now we’re going backwards.”

Looking back at the success of his previous short, Blind Vaysha, which was also based on a story by Georgi Gospodinov, Ushev says he is glad he did something different stylistically. “My life changed after the Oscar nomination,” he says. “All the interviews, emotions and the pressure you’re under, it brought more attention to my work. But many people try to repeat their success after the recognition. My goal was to do something completely different, both in terms of design and story. Luckily, the film has been accepted to every festival we sent into, and people tell me it’s my best work to date, my magnum opus!” 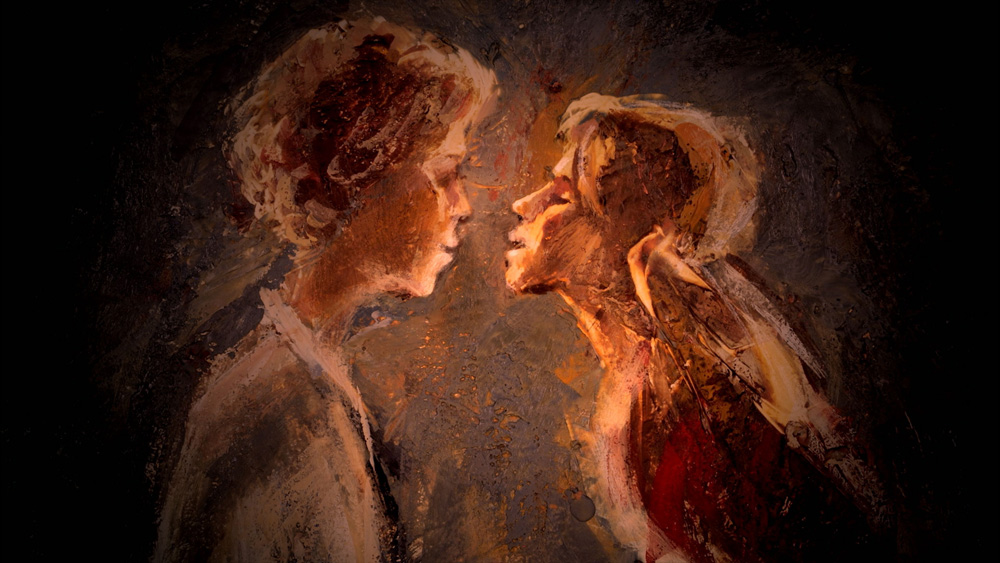 Ushev, who grew up watching Mickey Mouse, Tom and Jerry and Pink Panther cartoons on Serbian TV, says his animation heroes are artists like Yuri Norstein, Jiří Trnka and Oskar Fischinger. He adds, “But my absolute favorites are Disney’s Fantasia and Bruno Bozzetto’s Allegro Non Troppo. I think I’ve watched them more than 10 times.”

When our conversation turns to the current boom in animation, Ushev says he’s very happy about the state of artistry and industry: “It’s perfect for the medium. Of course, it gets more and more difficult for animators to get noticed, but that means you have to make better films and tell better stories. I started my career working in graphic design and I hated working with clients. I wanted to make animation the way I wanted to do, and it has been difficult. But the most important thing is to have stamina and willpower. Be persistent. Even when you fail, you have to continue to make the next one. The worst finished film is better than the best unfinished one. Just jump on the next project immediately. That’s what I do. I already have the script ready for the next one, which will be a feature-length movie!”

For more info about the National Film Board of Canada, visit nfb.ca/animation.

Northern Exposure: ‘Molly of Denali’ Brings Alaska Native Lives to Animation
‘The Rocketeer’: A Flying Heroine for the Preschool Set