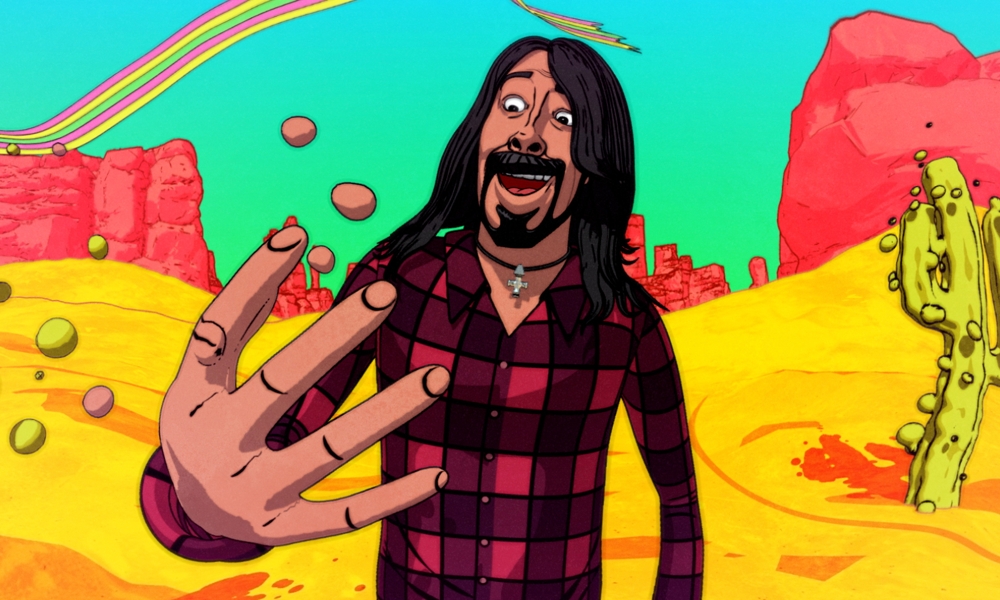 After working on the music video for “No Son of Mine,” Bomper Studio was approached by RCA looking for a whimsical film for the dreamy and immersive track “Chasing Birds.” Described as “weird and mellow” by keyboardist Rami Jaffee, the initial brief was to explore motifs within the song through taking the band on a psychedelic, technicolor journey; reminiscent of The Beatles’ Yellow Submarine. 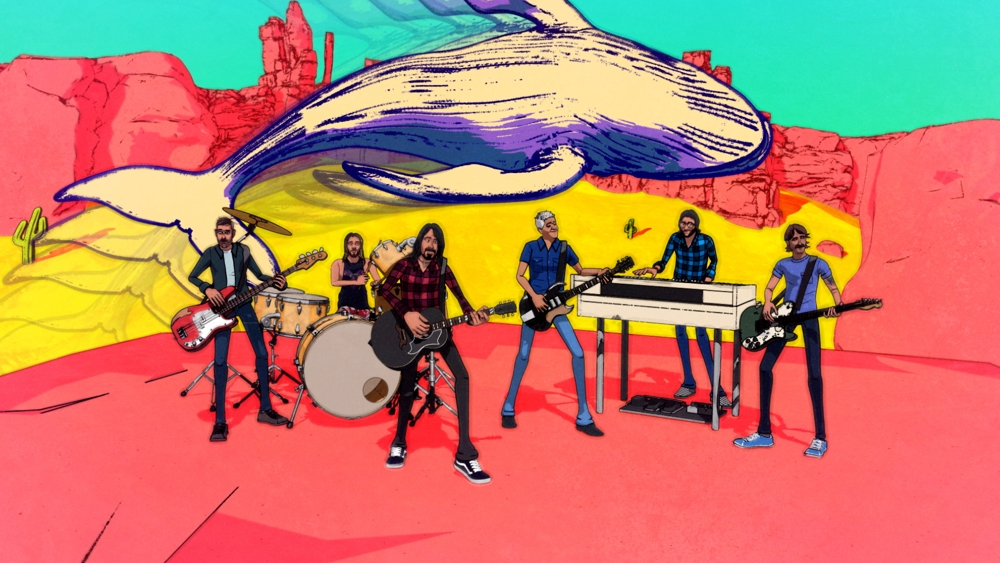 Taking a cure from the 1960s psychedelic art movement, the film is an animated hybrid 2D/3D look film which follows the Foo Fighters on a fantastical voyage through a colorful desert, filled with dreamy and surreal visuals. However, as the band explores this vibrant utopia, things begin to take a dark turn as they fall through the Earth into a hallucinatory hellscape, filled with increasingly bizarre distortions of wildlife.

The production took place from February – April 2021. Director Emlyn Davies and co-director Josh Hicks worked to develop a story set within these mind-bending environments; filled to the brim with trippy imagery and animation. The chosen setting was a landscape reminiscent of the Sonoran desert; often a shorthand in narratives of existential isolation, where characters can lose themselves mentally at the mercy of the elements. What begins as a barren and uninterrupted landscape also offered the team a blank screen onto which they could project their fantasies — taking everything you would usually see, and turning it on its head.

Being huge fans of psychedelic art from the 1960s, Bomper leaned into that as a starting point for the style through flat colours, bold outlines, distinct shapes. The team also looked to incorporate further whimsical styles from the designs of Victor Moscoso and Peter Max: richly saturated colors in glaring contrast, swirling patterns, repetition and surrealism.

To achieve the style, Bomper used Arnold for rendering as it was best suited for the key line approach. Cinema 4D was used for all rigging, animation, modelling and texturing; other than Zbrush which was used for the character sculpts. For the characters, achieving likeness within the style was key, without pushing towards caricature. For this, the team looked to celebrity animation from the 1970s, such as Hanna-Barbera cartoons — in particular, episodes of Scooby Doo with celebrity guest stars. 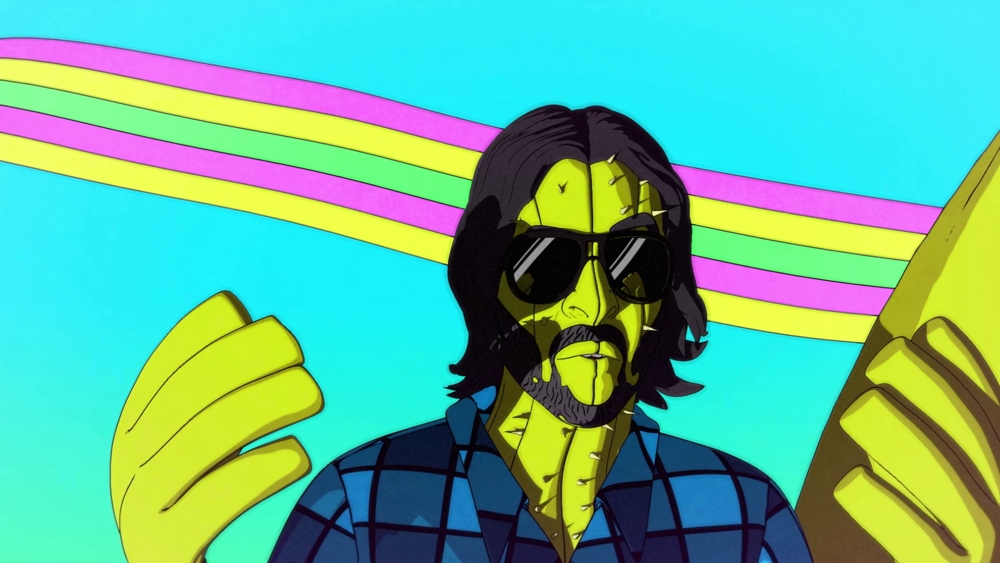 To really push the psychedelic and experimental motif, Bomper employed a series of techniques used as cutaways and vignettes to the larger composition. This included face and body deforms to create otherworldly characters and illusions, trailing effects, lip syncing in unexpected places and abstract liquid effects. The film plays with scale, eye-popping hues, and the cartoon form through animation that squashes, stretches and breaks throughout; ultimately delivering a tripped-out film drawn straight from the subconscious.

The music video was released for 4/20 and is available online across Foo Fighters’ YouTube and social media platforms. 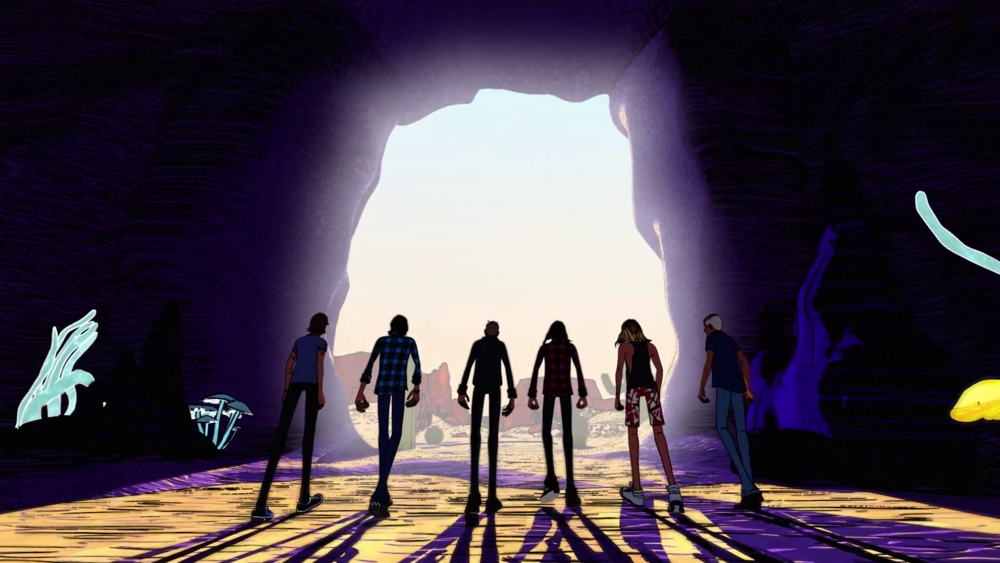