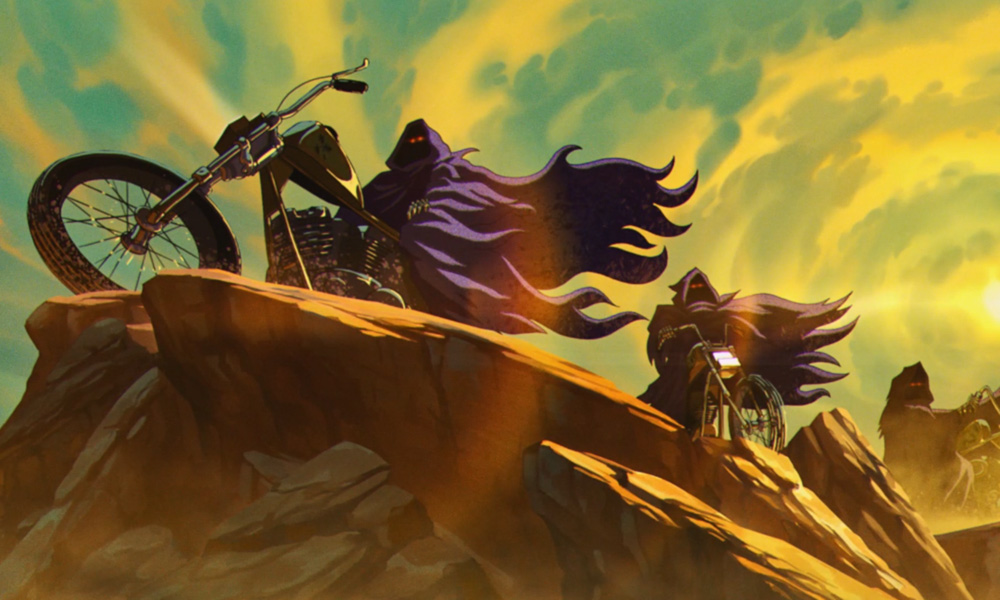 Iron Maiden "The Writing on the Wall"

A post-apocalyptic exodus, global superpower caricatures, nuclear necromancy, a 3D-rendered samurai lich — these are just a few of the heavy metal alloys the come together in the crucible of “The Writing on the Wall,” the latest music video from iconic British group Iron Maiden. The overtly political six-minute epic is directed by lifelong fan Nicos Livesey of Blinkink, pulling together dark fantasy and sci-fi elements with a blend of techniques and influences.

Maiden lead singer Bruce Dickinson, who wrote the song with guitarist Adrian Smith, conceived an initial concept for the video which came to fruition in collaboration with two award-winning Pixar veterans (and long-standing Maiden fans), Mark Andrews and Andrew Gordon. The pair have over 50 years of animation industry experience between them at the very top-level including work on The Incredibles, Ratatouille, Brave, Monsters, Inc. and Finding Nemo. With partners lining up to get involved with the project they chose BlinkInk, a London based animation studio celebrated for their work with a variety of global brands from Adidas to Coca-Cola and a number of high-profile music videos. 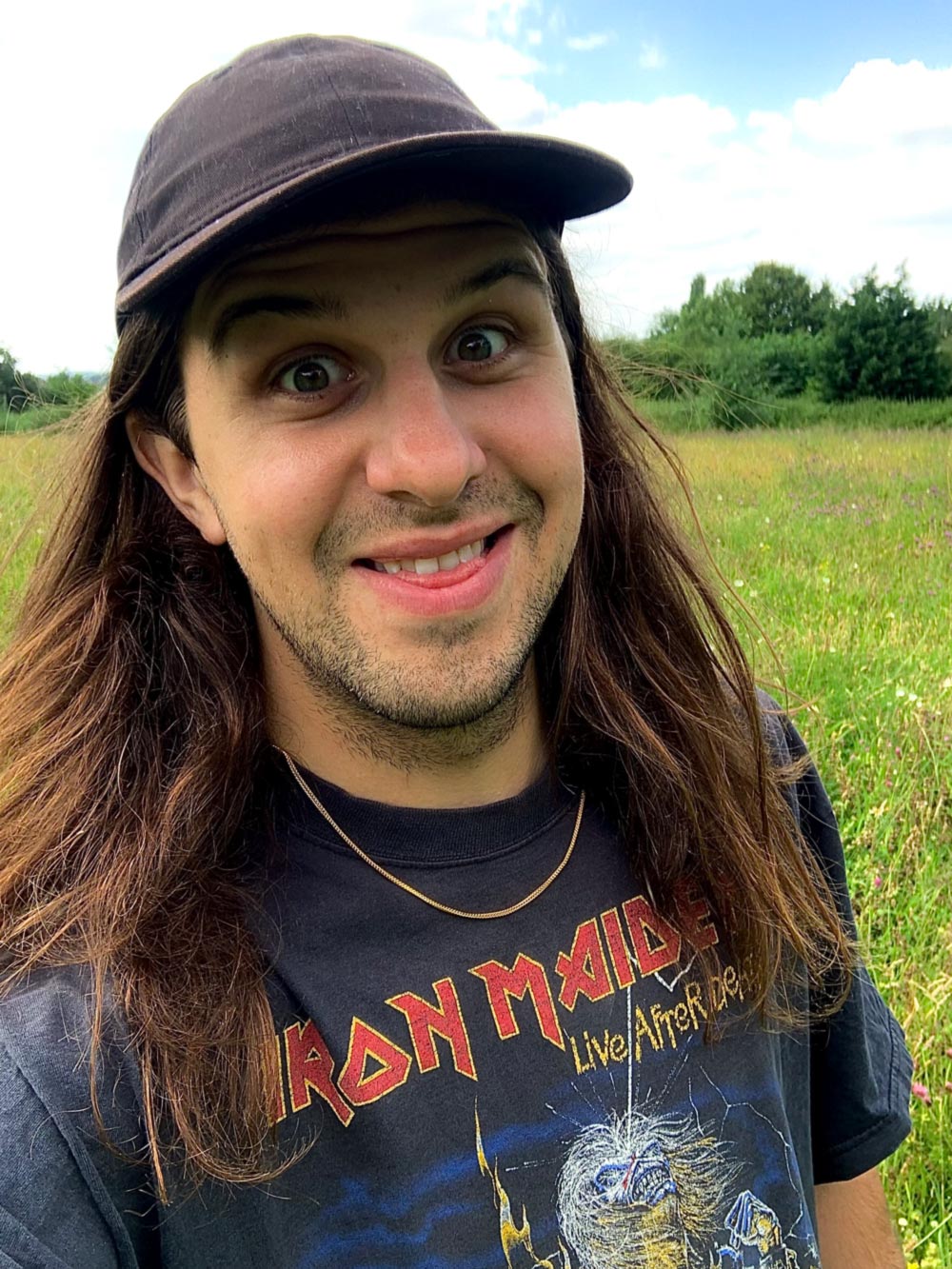 Blinkink shared that when Warner Music video commissioner Sam Seager reached out to Livesey about his availability for this director-fan’s dream project, the studio’s Head of Music Videos, Josef Byrne, simply sent back a photo of Livesey wearing an Iron Maiden t-shirt.

“We quickly found the expertise we wanted, and people were literally throwing themselves at me to work on a Maiden video – we had more than 60 people in 13 countries from Brazil to France, and Romania to the U.S.A. to add something to the clip and I’d say their love, passion and understanding of the band shines through every frame,” noted Livesey. “They were a dream team for the producers and myself to manage.”

With inspiration taken from the biblical stories of Belshazzar’s feast and Daniel, as well as Sons of Anarchy and the artistic stylings Peter Jones, Roger Dean and Mike Ploog — “The Writing on the Wall” video takes viewers on a journey through a dystopian world ravaged by pollution and drought, ruled by the elite class as they gear up for an exclusive party.

Along the way appears a mysterious cloaked figure who summons the Four Bikers of the Apocalypse to a deadly desert get together, where a king vampire feasts off the souls of the young. The figure reveals himself to be the latest iteration of Iron Maiden’s ever-evolving mascot Eddie, who quickly puts an end to the party by turning the vampire into a goat. He then frees the spirits of a man and a woman from two giant test tubes, who crawl into the back of his Cadillac. As Eddie pulls off into the distance in the nick of time, he tosses the pair an apple that they devour, explosions litter the land behind them.

The project took a total of eight months to complete in lockdown with around 60 crew members working across the globe, in the U.K., France, Spain, Norway, Brazil, Ireland, Italy, Hungary, Romania, Germany, Greece, U.S. and Canada.

“I had a pretty clear idea of the concept to accompany the song and when I met Mark and Andrew, on Zoom, it quickly became clear we were all very much on the same wavelength, and this was reinforced with the addition of Nicos and his young BlinkInk team. Our weekly team Zoom meetings were then usually both highly creative and a lot of fun!” said Dickinson. “I’m very proud of the way the video turned out, it’s more like a mini-film really. I knew it was going to work out as soon as Mark brought my treatment to life with his incredible storyboards — I thought we could make something very special together. I think we did and hope our fans will agree. In fact it’s pretty much created by Maiden fans!!”

See more of Nicos Livesey’s work at blinkink.co.uk. You can read more about the making of the MV at ItsNiceThat.com.