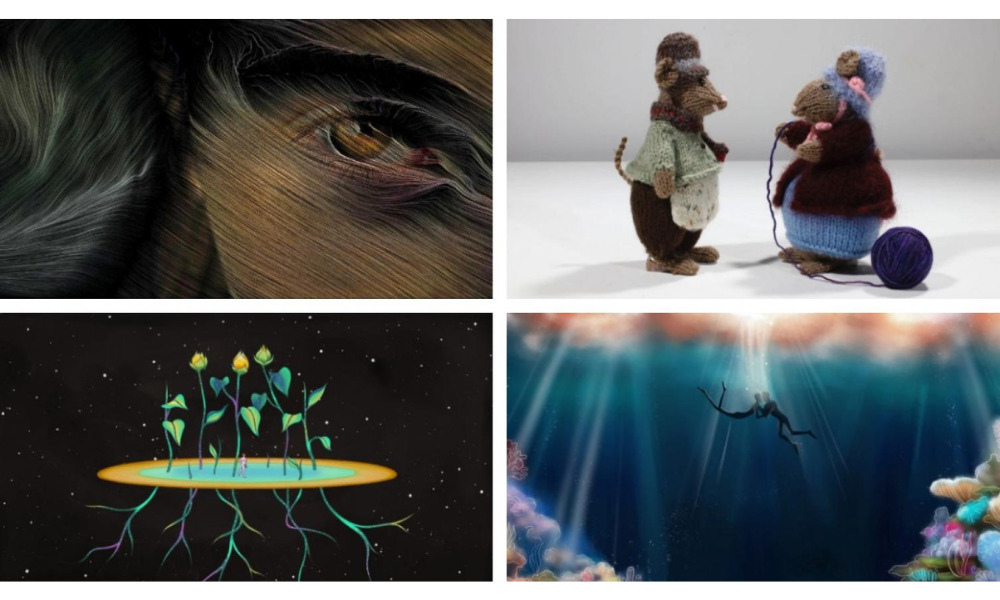 The BFI is investing £1.1 million in 15 new, bold and ambitious animation projects, announced as the recipients of the latest round of the BFI Short Form Animation Fund. The Fund, awarding funds from the National Lottery, backs narrative short form projects of up to 15 minutes in length.

For the second iteration of the fund, the BFI partnered with StoryFutures Academy, the National Centre for Immersive Storytelling, to support two immersive virtual or augmented reality projects from the slate of 15. Ten projects received awards of up to £120,000 for production; an additional five projects were awarded up to £10,000 to support development.

“The new partnership with StoryFutures Academy this year has been incredibly productive, allowing us to expand the scope of the fund, and back two immersive animated shorts from filmmakers who are pushing the boundaries of the form,” said Kristin Irving, Senior Production & Development Executive, BFI Film Fund.

The StoryFutures Academy support is made possible by funding from the Arts and Humanities Research Council, part of U.K. Research and Innovation (UKRI). The 10 projects selected span a diverse range of animated techniques and genres intended for the cinema, digital platforms and VR. Each project benefits from the oversight of a BFI Film Fund executive and the support of a dedicated animation consultant.

Becky Gregory-Clarke, Head of Immersive, StoryFutures Academy, commented, “StoryFutures Academy are thrilled to be working with the BFI to support these two fantastic immersive projects. Both pieces will use real-time animation techniques, which is an incredibly important growth area, requiring content-making skills that are highly in demand. We know they both have big ambitions and great teams behind them, so we’re really excited to support and follow them on their journey.

Launched in 2019, the Short Form Animation Fund supports work that represents a significant advancement in the work of U.K. animators. A number of the projects from the fund’s first slate have been showcased to acclaim at U.K. and international festivals. Three are screening at the Annecy International Animation Film Festival this week: Beware of the Trains, The Debutante and Scale. Joseph Pierce’s Scale was also selected to premiere at Cannes Film Festival Critics’ Week last month.

“The BFI Short Form Animation Fund, made possible thanks to National Lottery funding, was designed to enable our talented U.K. animators to develop their practice, so it is exciting we are starting to see those films showcased and celebrated at international festivals,” said Natascha Wharton, Head of Editorial, BFI Film Fund. “With round two, we saw a real breadth of styles and ideas come through in the applications, and we’re delighted to be unveiling such a diverse slate of projects today.”

The Short Form Animation Fund was developed with the support of Animation UK, Animation Alliance UK and Helen Brunsdon, Director of the British Animation Awards, who consulted extensively with the animation industry. The BFI also supports animation talent through BFI NETWORK with awards of up to £15k per project available for filmmakers at the early stages of their career.

Six year old Marmar observes how adult women navigate their relationships with their loved ones and each other. She remembers how, after her grandad’s passing, Granny stopped dancing and even smiling, and then listens in on her grandmother’s friends discussing their partners as they play an illicit game of cards. Based on the director’s memories of her childhood in Iran, ‘And Granny would dance’ is a tale of love, grief and resilience across generations, and at its heart, a tribute to the solidarity of Iranian women.

Gardening
Company: Hipster Films Ltd, Derby
Director: Sarah Beeby
Writer: Louisa Wood
Producer: Jo Lewis
In the aftermath of sexual assault, a women retreats into the garden of her mind. Searching for answers and struggling to do ’the right thing’, she realises that she must regain her voice and find new paths to healing, before she and her garden are destroyed completely.

Wind and the Shadow
Company: Out of Orbit Ltd, Belfast
Director/Writer: Kris Kelly
Producers: Brian J. Falconer, Vicki Rock
The Wind and the Shadow is a short animation about the emotional and physical impact childhood cancer and its treatment has on a six-year-old girl and her mother. Created by the BAFTA nominated Here to Fall writer/director, Kris Kelly.

Plunge
Company: Tyke Films Ltd, Sheffield
Director/Writer: Ellie Land
Producers: Rebecca Mark-Lawson
‘And all through the sea, I found me’, one woman’s incredible journey to regain control of her life through open water swimming.

The Knitted Brain (doc)
Company: MediaActive Projects CIC, Wem
Director/Writer: Samantha Moore
Producers: Tilley Bancroft
An exploration of the effect that knitting has on the human brain, told by a group of knitted mice and some jumpers.

Two Black Boys in Paradise
Company: One6th Ltd, Manchester
Director: Baz Sells
Writer: Dean Atta
Producer: Ben Jackson
Two Black boys go on a journey of self-acceptance. Their love for each other and their refusal to hide it lands them in a paradise free of shame and judgement. A stop-motion short film adaptation of Dean Atta’s poem Two Black Boys in Paradise, which deals with themes of love, acceptance, homophobia and racism.

She’s My Best Friend and I Hate Her
Company: Popsybobin Ltd, London
Director/Writer: Candy Guard
Producers: Tracy Shaw
The complexity of an ancient friendship is dissected to hilarious and recognisable effect as Milly and June impatiently wait for each other at Wolverhampton Station.

Beachcomber (immersive)
Company: Second Home Studios, Birmingham
Director: Chris Randall
Producer: Ian Ravenscroft
Writers: Chris Randall & Ian Ravenscroft
Beachcomber is an immersive, ambient narrative that explores the stories within ourselves. Using virtual reality as a way to enter a new headspace, audiences will interact with their memories and imagination on a mindful journey into the subconscious.

There Exists (immersive)
Company: Studio ANRK, London
Director: Anrick Bregman
Scriptwriter: Gaëlle Mourre
Producers: Grace Baird & Kylie Boltin
Unreal Developer: RCL Graham
There Exists is a data-powered VR experience which recreates the extraordinary journey of an 18th century London-born woman. It explores whether we can trace the lives of individuals through data, and bring context to their story by looking at the aggregate.