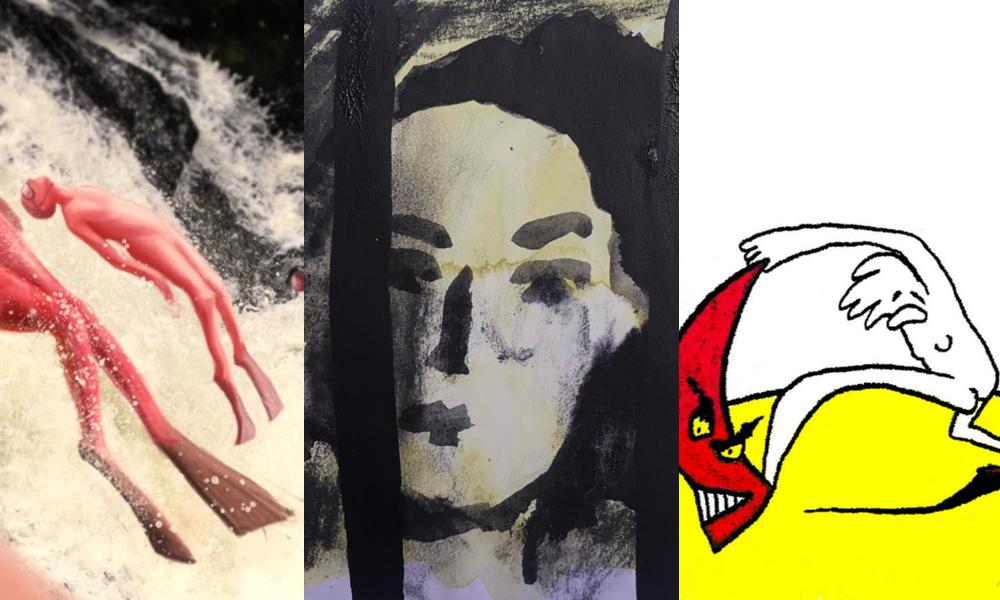 The BFI is investing £922,406 in new, bold and ambitious animation projects as it announced 15 recipients of the Short Form Animation Fund, which aims to support growth in the U.K. animation sector. Nine projects received awards of up to £120,000 for production. Due to the quality of applicants to this new Fund, an additional six projects were awarded up to £10,000 to support development.

The Short Form Animation Fund, awarding funds from the National Lottery, was launched in August 2019 to back projects that represent a significant advancement in the work of U.K. animators, enable progression and open up new opportunities. National Lottery players raise £30 million each week for good causes throughout the U.K.

The supported narrative short form projects, of up to 15 minutes in length, span a range of animated techniques and genres intended for the cinema, digital platforms and VR. Each project benefits from the oversight of a BFI Film Fund executive and the support of a dedicated animation consultant.

The Fund was developed with the support of Animation UK, Animation Alliance UK and Helen Brunsdon, Director of the British Animation Awards, who consulted extensively with the animation industry.

“Animation is such a unique and universal way of telling stories and communicating ideas. We were thrilled to see the breadth of creativity among our animators and reaching across the U.K.,” said Natascha Wharton, Senior Development & Production Executive for the BFI’s Film Fund. “This vital National Lottery funding enables a number of them to explore new ideas, develop their practice and we think these projects will delight and move audiences in equal measure.”

Jez Stewart, Curator of Animation at the BFI, said, “It was such a privilege to be involved in the selection process for this vital new funding scheme which marks an exciting new chapter in Britain’s long history of quality animation production. I’m thrilled that we can look forward to new films by some living legends in the world of animation, and that the BFI is not only supporting award-winning animators but also providing a vital next step for some new and emerging talents.”

The Short Form Animation Fund responds to priorities set out in BFI2022, the BFI’s five year strategy, which identified animation as a focus area, and a commitment to encourage continued experimentation in form and where audiences engage with content. The Fund will reopen for applications in early 2021.

The BFI continues to support animation talent through BFI NETWORK with awards of up to £15k per project available for filmmakers at the early stages of their career. In addition, the Young Audiences Content Fund, managed by the BFI, is a £57m three year pilot supported with government funding. Production and development awards support the creation of distinctive, high-quality content for audiences up to the age of 18 to be shown on free to air television and online platforms, and supports animation across all genres.

As part of a year-long celebration of animation in cinemas across the country in 2018, the BFI launched Animated Britain, an unprecedented collection of archive animation, demonstrating a stunningly rich century-long history of British animation. Ranging from the earliest experiments to the latest pioneering contemporary films made by U.K. animation studios, Animated Britain features over 300 films and is available for free via BFI Player.

Beware of Trains explores today’s voyeuristic culture of fear and uncertainty. A woman with extreme anxiety is devoured by four major preoccupations – the man she met by chance on a train, her dying father, her daughter’s safety and the murder she dreams she has committed. 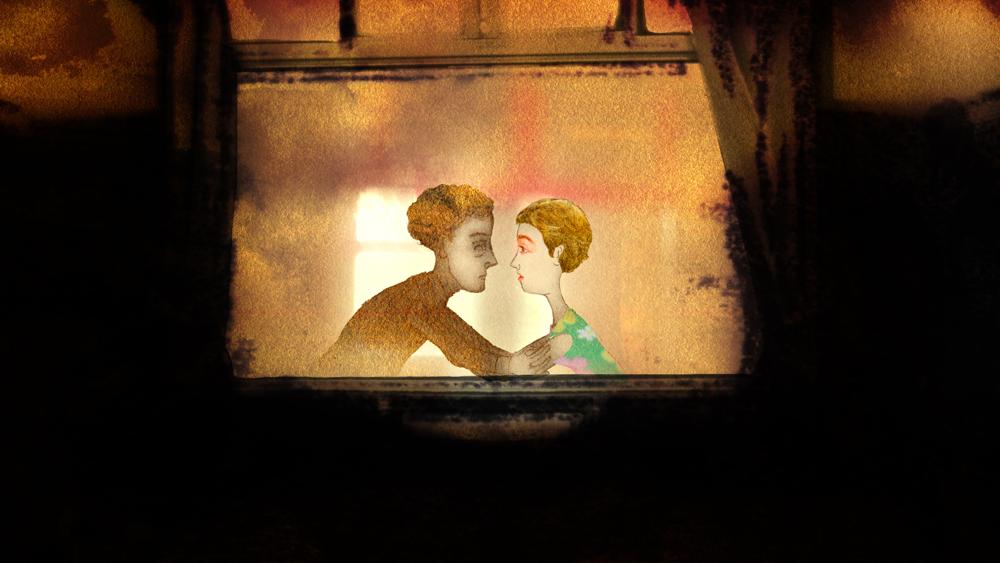 A tribute to the courage and spirit of extraordinary British-born artist Leonora Carrington, whose short story The Debutante features a young woman who rejects the life that has been planned for her. 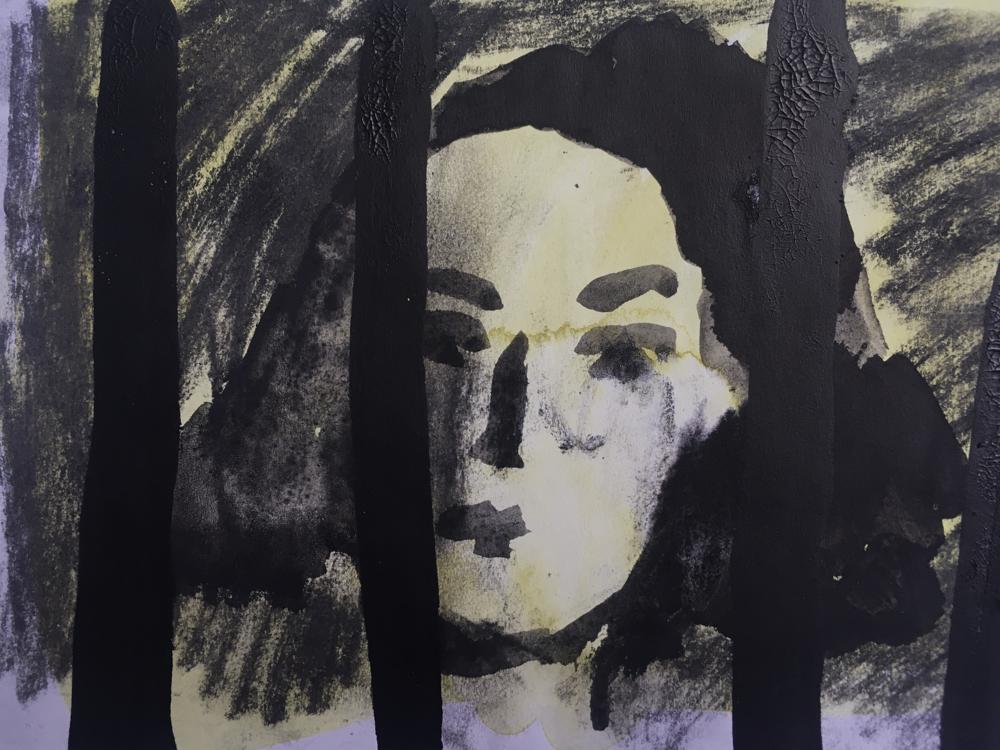 Neuro-diverse artist Eden Kötting’s remarkable drawings, paintings and collages are brought to life in a phantasmagorical extravaganza in which everything is possible. A world where the diseased and disorderly might one-day reign supreme. 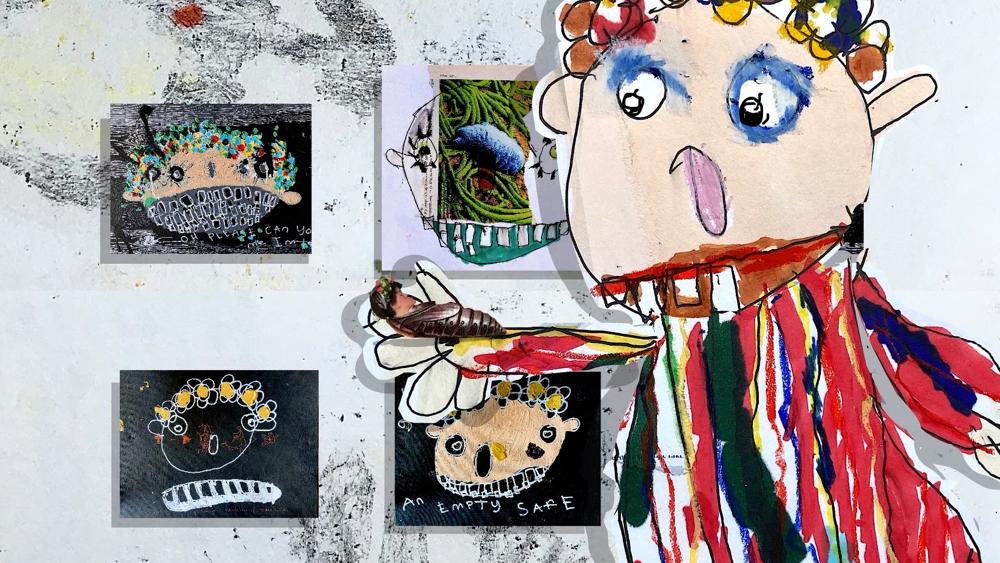 Inner Polar Bear explores the alternative human and animal perspectives on the implications of climate change using innovative sand animation to convey the poetic qualities of a piece of writing by acclaimed novelist Jeanette Winterson. 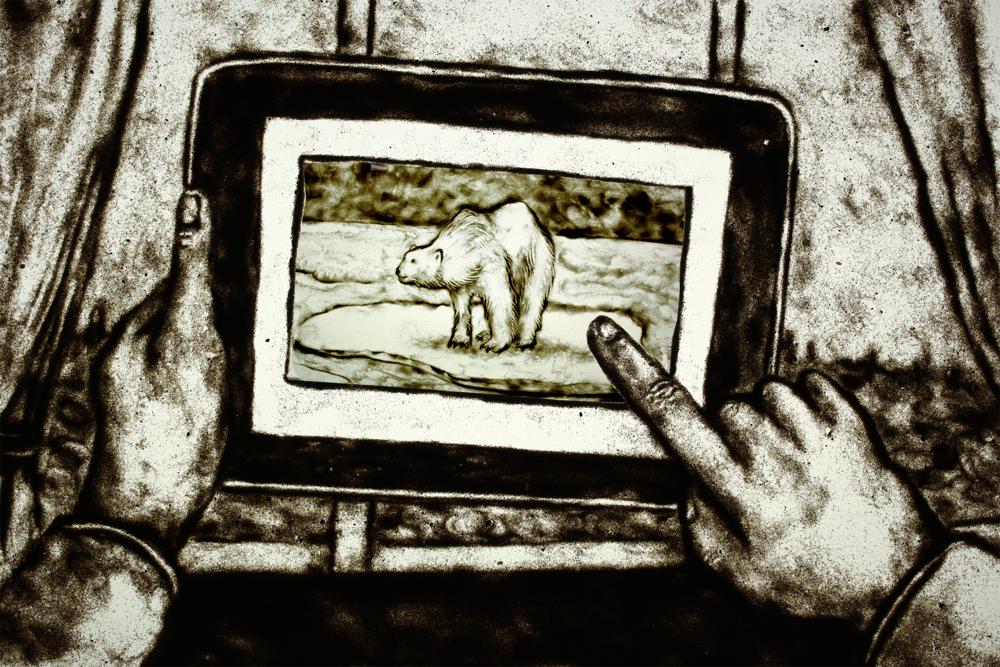 Love comes in all sizes. A poignant, surreal and funny conversation between Marion Barbara “Joe” Carstairs and Lord Tod Wadley about their extraordinary life together and her love for him, a doll. 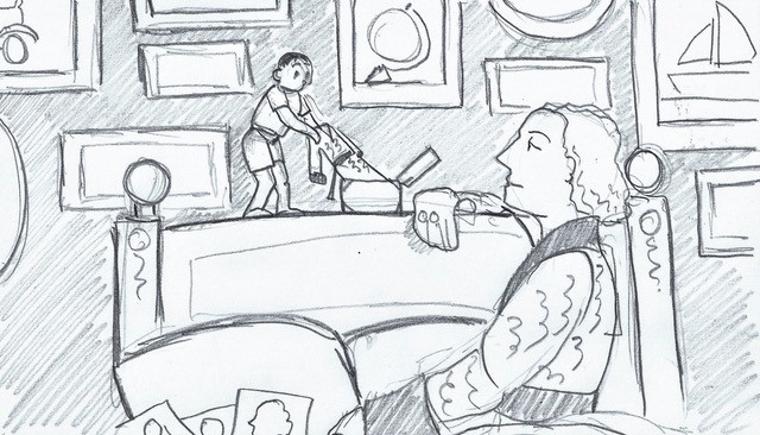 Chaos descends upon a secluded society when a pair of shoes is mysteriously gifted to them. One young tribe member, Zindy, covets the shoes and is haunted by an ominous presence who entices her to steal them. Once on, she cannot get them off. 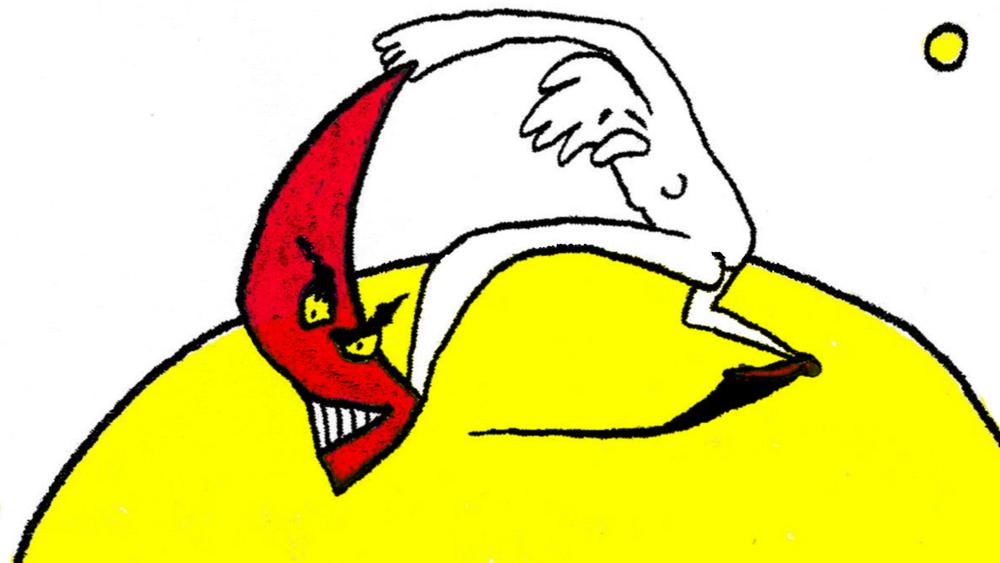 Three archetypal spirits explore the conflicting human drives of creativity, possessiveness and our desire for status. 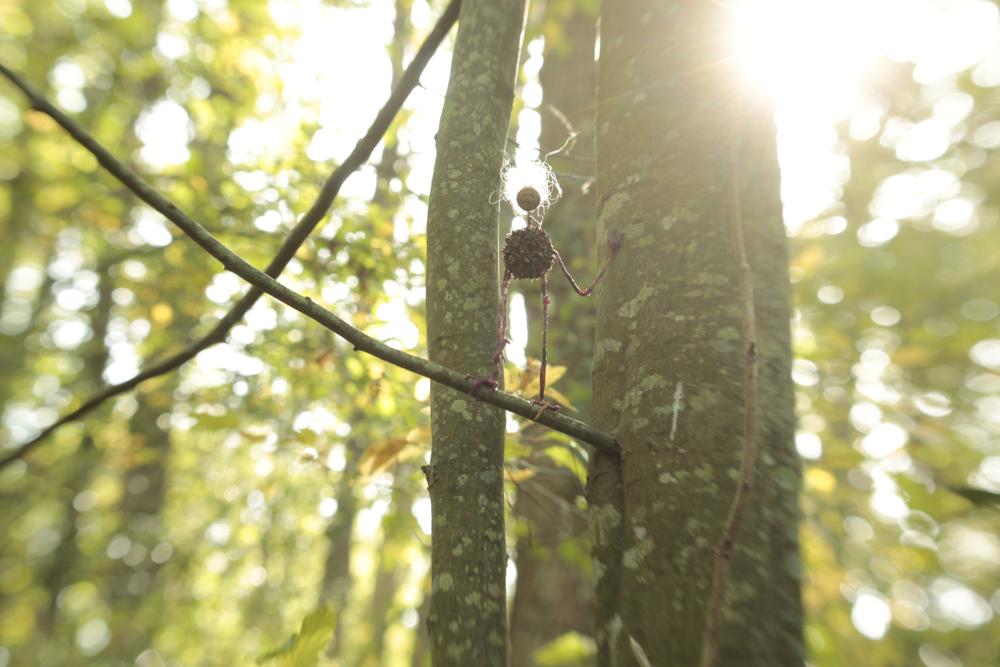 A natural history fantasy film following the dramatic life cycle of the salmon, from river to sea and back, while portraying the fish in human form. 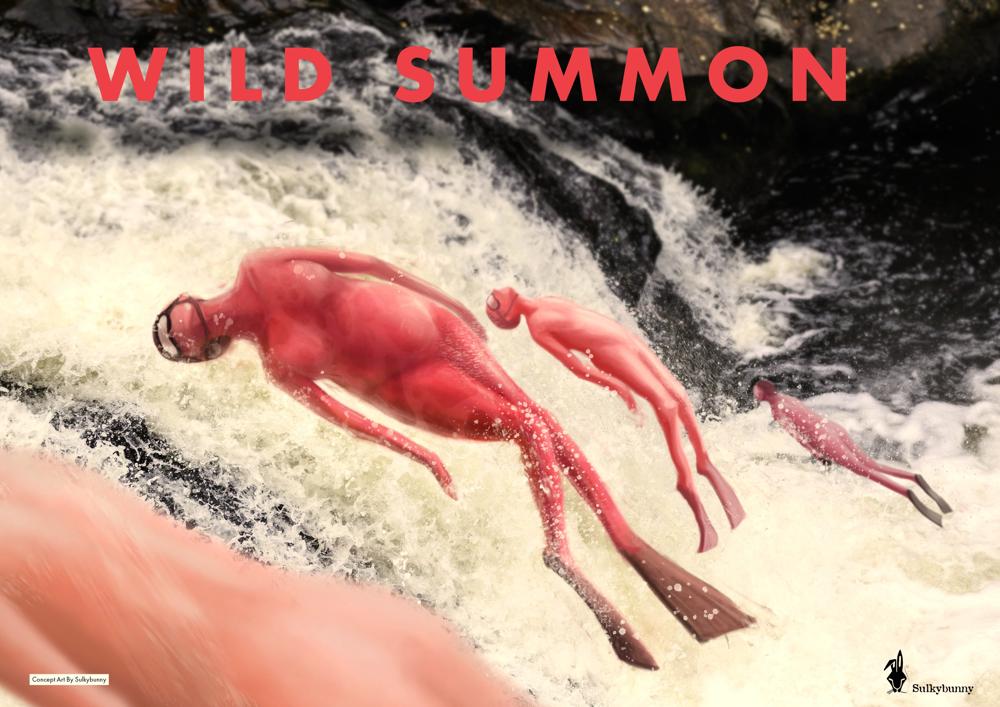 When we deny our instinctive, seemingly irrational decisions in life our world closes in and becomes smaller and smaller. What would happen if we literally stepped inside of our own gut? 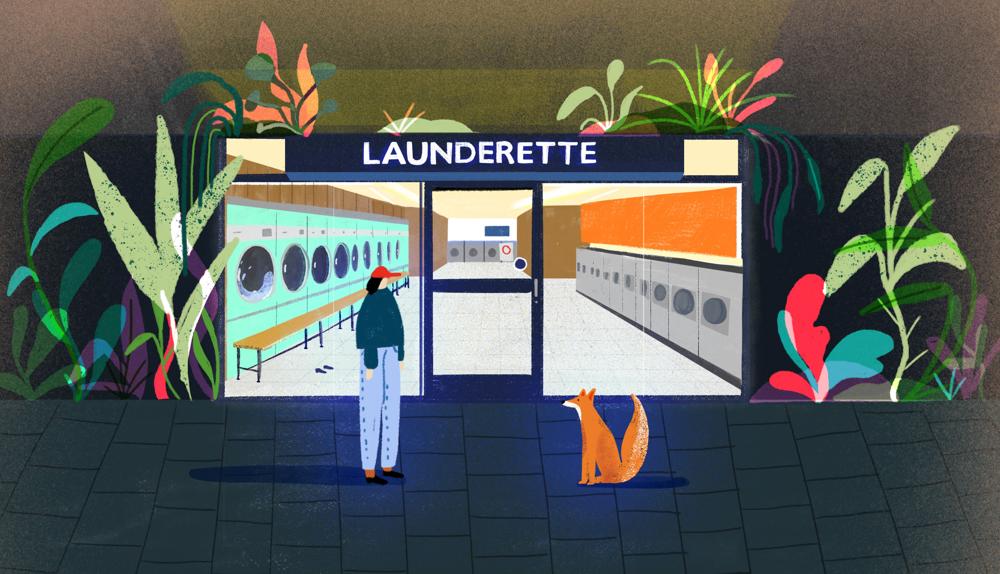 Your Mountain is Waiting

In the aftermath of sexual assault, a women retreats into the garden of her mind. Searching for answers and struggling to do ’the right thing’, she realizes that she must regain her voice and find new paths to healing, before she and her garden are destroyed completely. 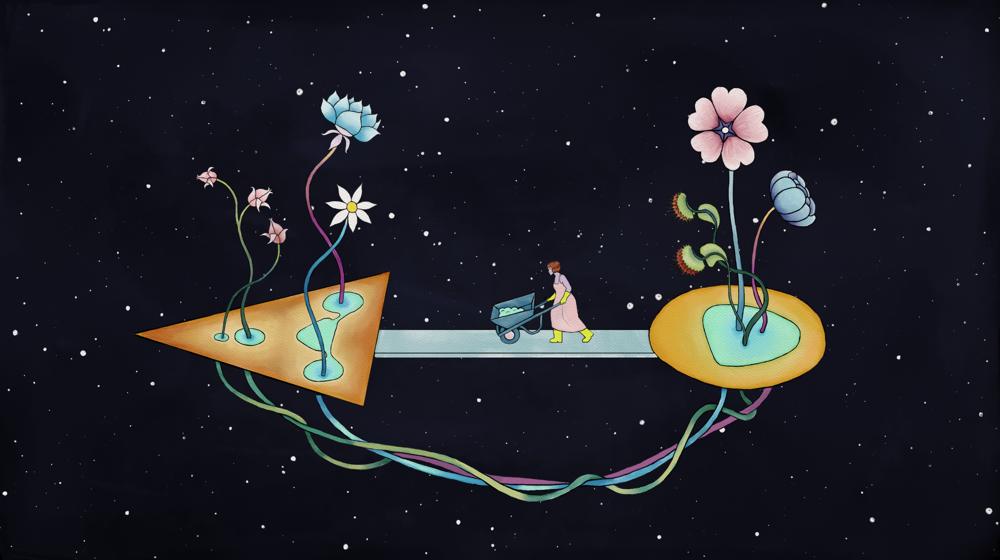 The Gigantic Beard That Was Evil – Snafu Pictures Ltd, London

On the orderly island of ‘Here’, all is neat, contained, standardized and importantly, beardless. Or at least until one famous day, when Dave, bald but for a single hair, finds himself assailed by a terrifying, unstoppable monster of a beard!

[the gigantic beard that was evil]

A blend of documentary film and animation exploring the mystical folklore of the indigenous Pemón people (South America) and their views on the current environmental crisis. 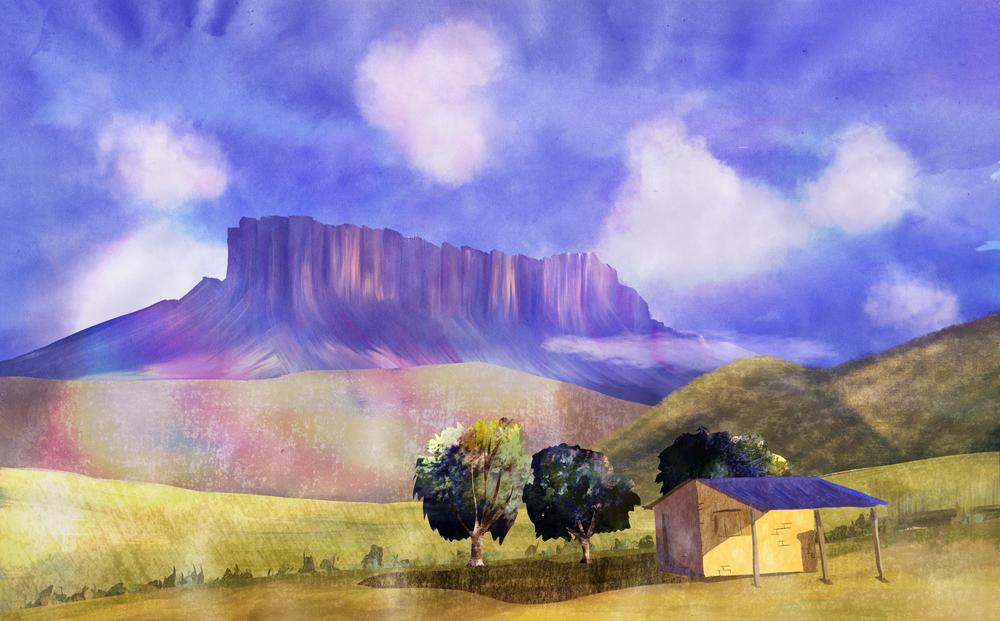 Workers at a British garment factory attempt to solve the human race’s most pressing issue; man-made climate catastrophe as their debate is brought to life with the beauty and tactility of stop frame animation. 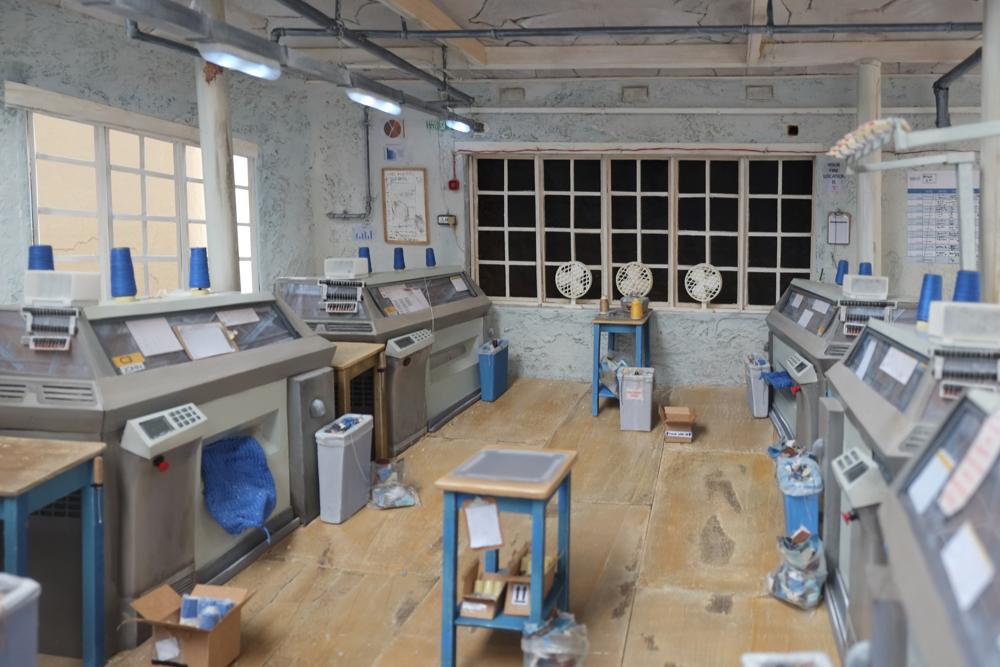 The Wall Dog tells the story of Dog 9 – an unfriendly yet loyal German Shepherd dog who guards the deathstrip within the Berlin Wall. When Otto, a young enthusiastic dog handler joins his regiment, Dog 9 begins to question his beliefs. One fateful night things come to a head and Dog 9 must decide whether or not to abandon his loyalties. 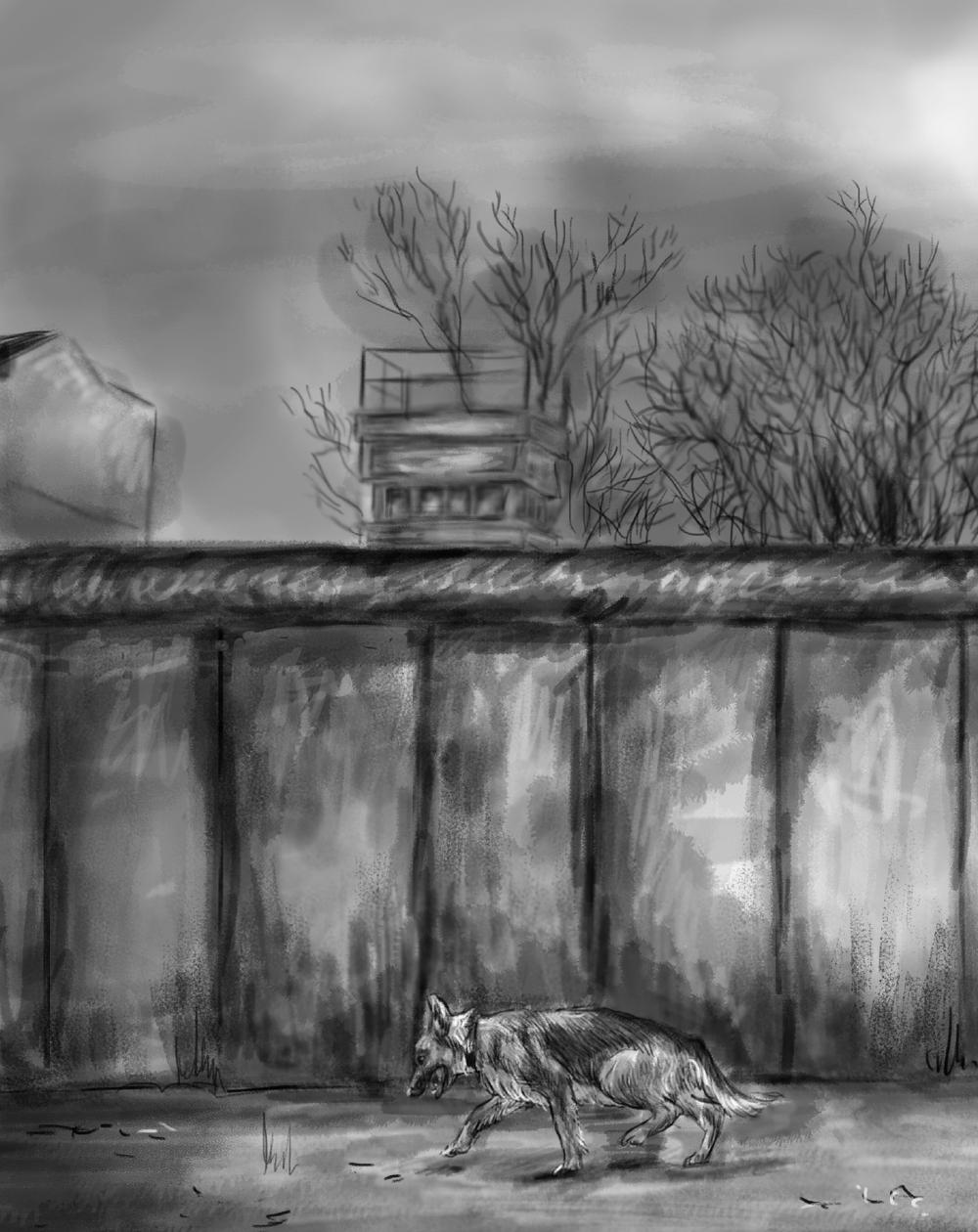 Wind and the Shadow – Out of Orbit in association with Enter Yes, Belfast

Created by the BAFTA-nominated Here to Fall writer/director, Kris Kelly. The Wind and the Shadow is a short animation that explores the emotional and physical impact childhood cancer and its treatment has on a six-year-old girl and her mother. 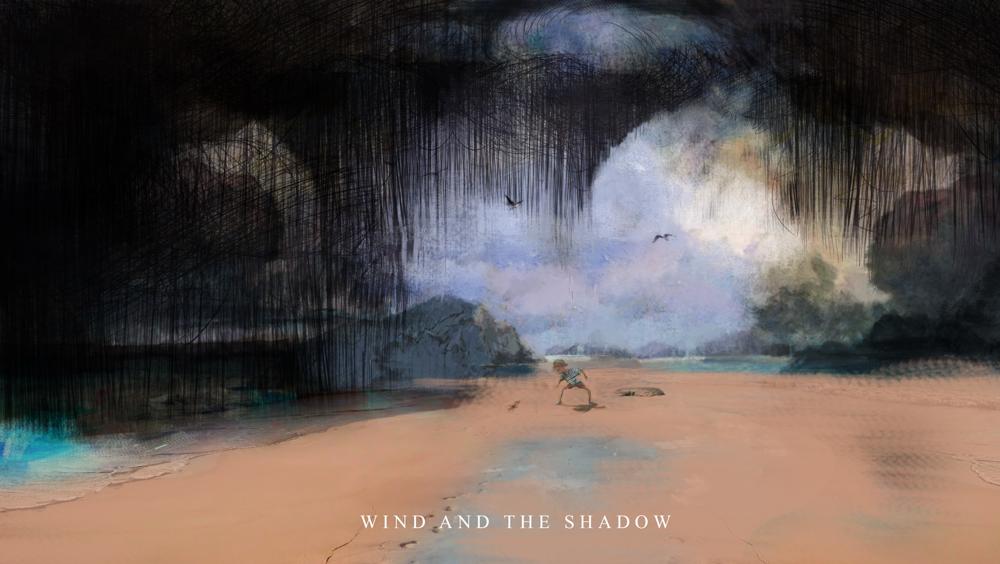 Wind and the Shadow

Continue Reading
You may also like...
Related Topics:BFI, featured, Wind and the Shadow, Your Mountain is Waiting
Geographic Region:Europe