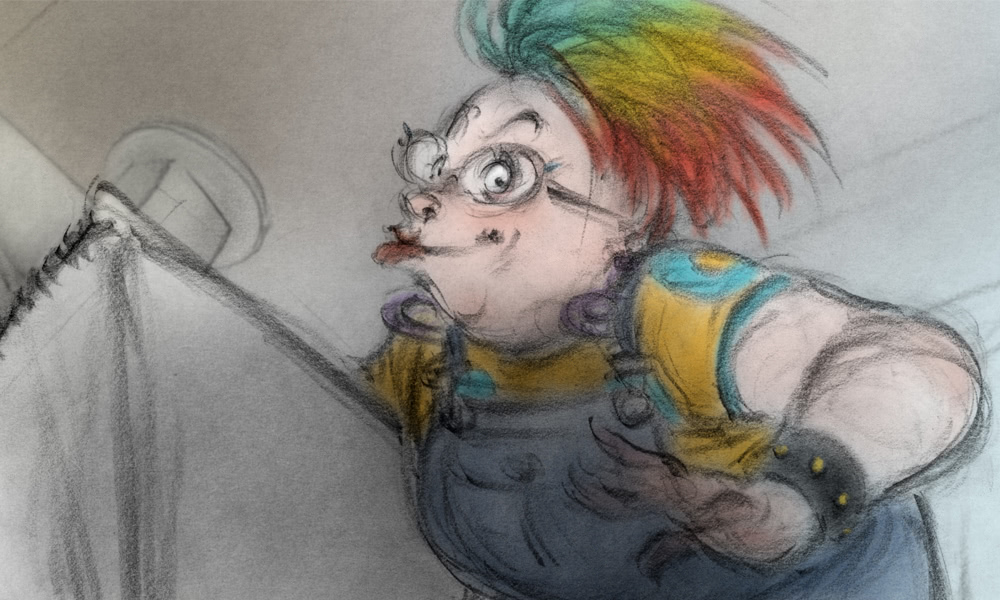 We’re taking another peek into Joanna Quinn and Les Mills’ multi-award-winning Affairs of the Art, to discover the quirky obsessions of Beryl’s sister, son and husband

Ever since viewers met Beryl in 1987’s rollicking animated short film Girls Night Out, audiences around the world have followed her hilarious adventures, including in 1990’s Body Beautiful and 2006’s Dreams & Desires: Family Ties. In Beryl’s latest chapter, Affairs of the Art, director Joanna Quinn and producer/screenwriter Les Mills share the beloved character’s journey as she explores her inner artist.

Following our first behind-the-scenes look at Beryl’s latest escapades, let’s now meet her wacky family: her grown son the techno geek, her wacky sister — a fanatical narcissist living in Los Angeles — and her long-suffering husband, who becomes her personal nude model. Together, these new characters provide some of the film’s funniest moments, as well as muses for Beryl’s art. 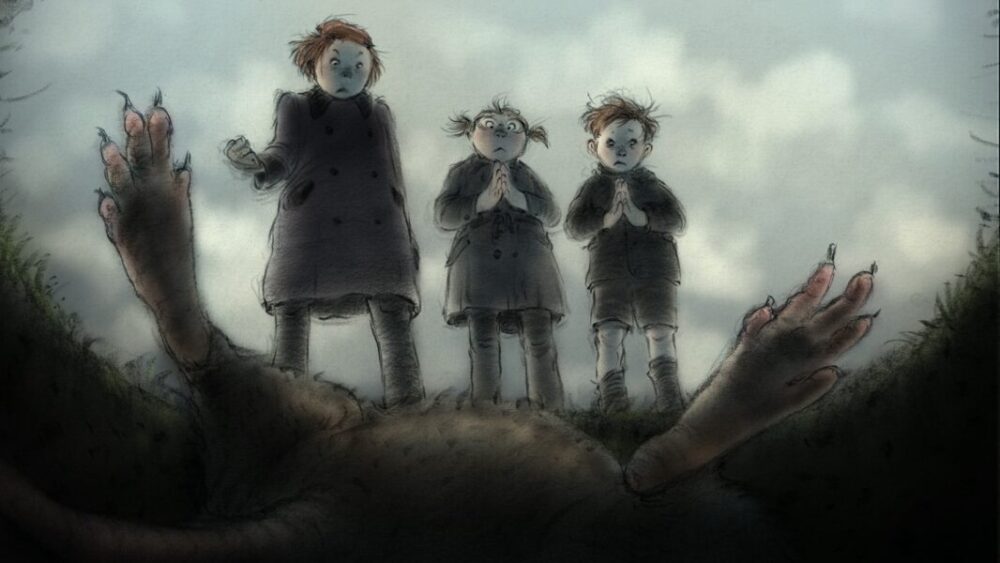 We asked Quinn and Mills to reveal the inspiration behind Beryl’s fascinating relatives, whose obsessions range from screw heads to pet taxidermy. 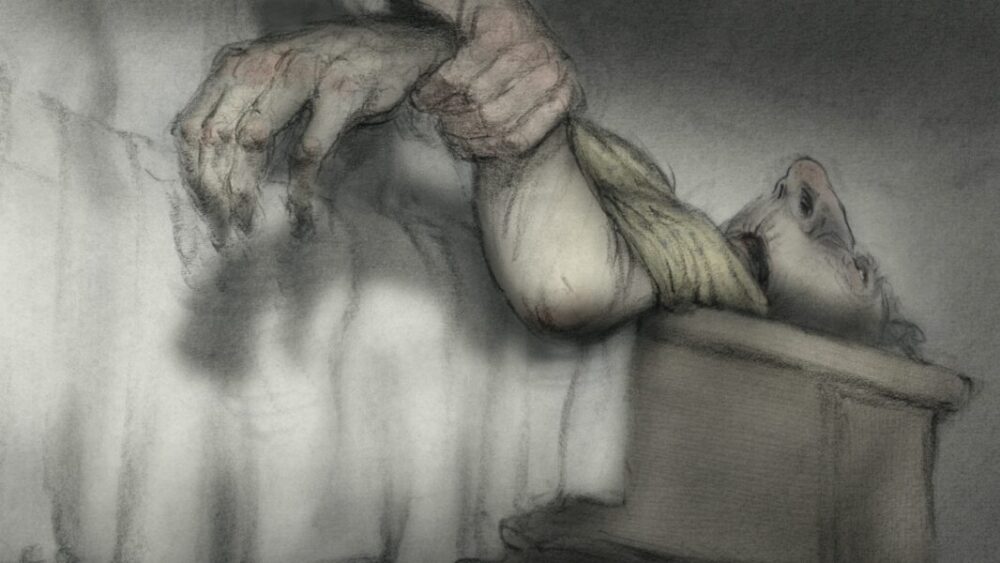 Beryl’s Sister Beverly and Her Fascination with Dead People

Les: When I was eight and in a house on my own with my 90-something granny, she died in front of me. I heard a noise and looked at her and she was very still. It’s an image that’s been with me all my life, really.

Joanna: I suppose what people quite like about our films is how they go from comedy to darkness. In this sequence, Beverly is on the table and her legs are swinging, and she looks under the covers at her grandma. And I did the same with grandma when she was really old. At the time, I was making the film Wife of Bath and in it, there’s this old woman who has breasts that hang down. And I was curious to see what happens to your breasts when you get that old, so one day when she was asleep, I lifted the covers and looked. I noticed how her breasts had disappeared and just become skin; a bit macabre, I know, but that’s where that came from! And I do love a bit of life drawing; drawing bodies is really enjoyable, so I always tend to make everyone nude in our films!

Les: It’s funny that both our very similar experiences should end up in the movie. We like subverting humor with darkness, and that scene ends where Beverly kicks a bucket, literally, and laughs about it, so the whole thing is lightened straight away at the end. We’re fond of doing things like this in all our films. 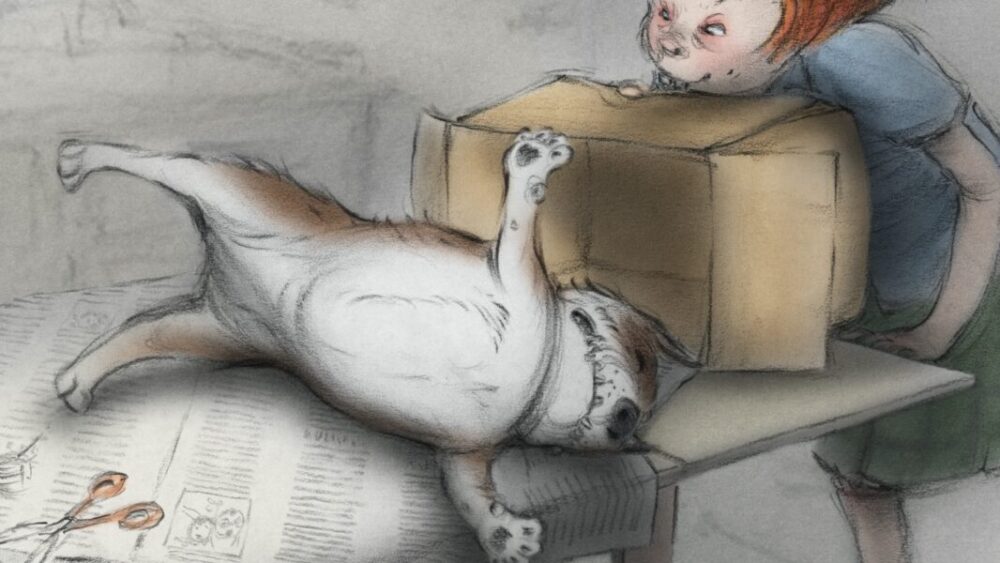 The Joys of Taxidermy

Joanna: I’m more cautious about being offensive than Les is, because I’m a little bit more middle-class and anxious. So, when Beverly sticks her hand up the bum of the dog to stuff it, I had changed the angle from the storyboard because I thought it was a bit much. I redid it so you didn’t actually see the bum. And then Les said, ‘Oh, you’ve moved the bum; that was really funny.’ So I redid it again. Once I started doing it, I forgot why I was worried in the first place, and just carried on.

Les: Everybody who watches it laughs. I think that’s one of the funnier and lightest moments in the film. 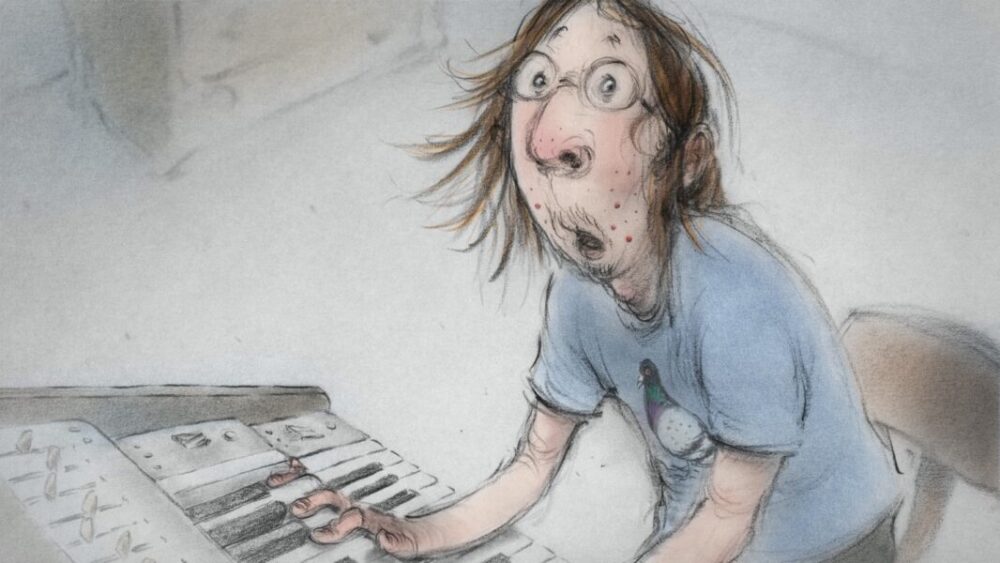 A Geek before His Time

Joanna: Beryl’s son Colin in the film is based on Les’ brother, and he hasn’t seen the film yet.

Les: Sometimes when we teach, we assign projects about families, because people know everything about their own family and it’s easy for students to relate to that and get ideas from it. And we think the same way. I grew up with a brother who was totally obsessional about everything he did. We say it in the film: He was a geek before his time. The word never existed when he was a kid, but he was obsessed with technical information systems and anything Dutch. And you see some of those in the film. He wrote a book on screw threads. To present that to an audience, who might not have ever seen somebody obsessed with something as ordinary as a screw, that’s something we like to explore.

My brother’s quite old now and is still exactly the same as when he was young, and there’s no way you could ignore him as a character when you’re making films. He’s perfect. 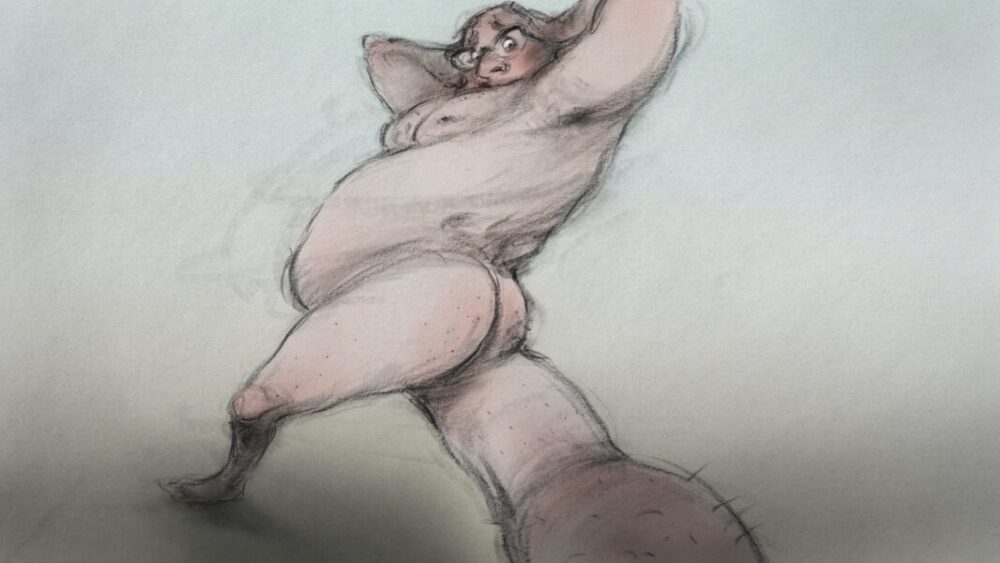 Les: Yes, this sequence of Ifor falling down the stairs is an art reference to probably one of the most famous paintings that exists, Nude Descending a Staircase, No. 2, by Marcel Duchamp, which was a big seminal moment. We wrestled with opening the film with it or finishing with it. We ended up starting the film with a similar scene, where Ifor’s trudging up the stairs, and ending the film 16 minutes later with him deliberately falling down the stairs to try and help Beryl with representing actual movement in her drawings. And it’s a culmination of the whole film, which we only decided to do right at the end.

We were trying to think of other ways to end the film, because it’s good to create a memory at the end of a film that people will go away with. And that seems to have worked; people remember that scene.

Co-produced by Beryl Productions International and the National Film Board of Canada, Affairs of the Art is among the 15 films shortlisted for this year’s Oscar for Best Animated Short Film.

Presented by The New Yorker and the National Film Board of Canada, Affairs of the Art is currently streaming  in The New Yorker’s Screening Room (available in the United States and Canada).