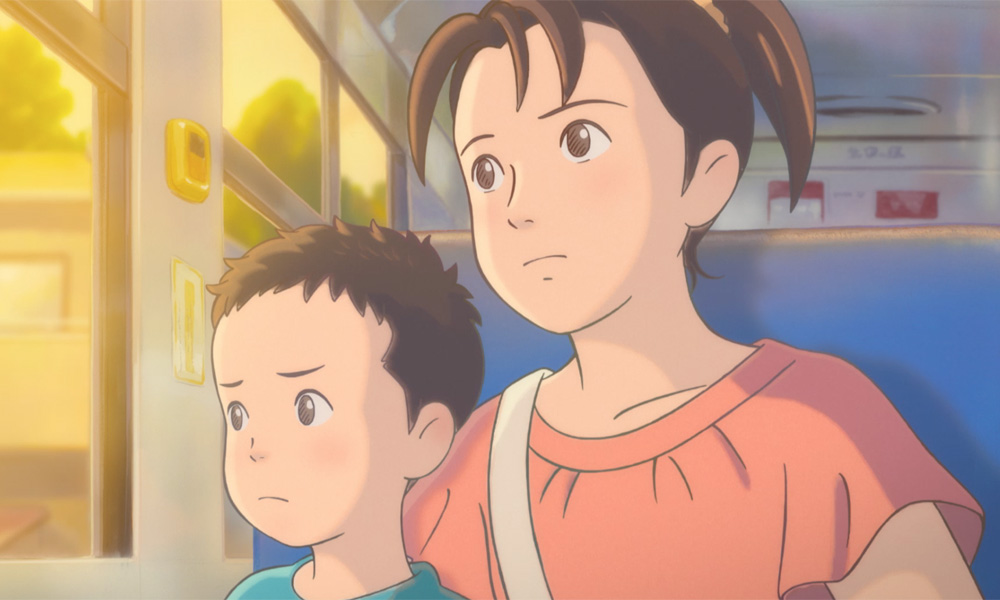 Studio Ponoc received critical praise and a Japan Academy Prize nomination for its handsome first feature Mary and the Witch’s Flower (2017). Now, the studio will release Ponoc Short Films Theatre, Volume 1: Modest Heroes, a 47-minute package of three shorts, in the U.S. in January. Producer and studio founder Yoshiaki Nishimura (The Tale of the Princess Kaguya, When Marnie Was There) talked about the films in a recent interview conducted via email.

“Ponoc Short Films Theatre started as a completely different project: A friend proposed we create a 30-minute spin-off of Mary and the Witch’s Flower for promotional use online,” he explains. “Instead, I decided to focus on the production of short animated films with talented creators. These films could provide a valuable and meaningful challenge for both the artists and the studio. I decided to make a series of them to continue the production of shorts.”

The market for theatrical films is limited in Japan, as it is in America. But Nishimura believes the reasons for making them outweigh the problems of finding distribution. “The shorts films enable us to tackle stories and subjects that are not adequate for feature films, and offer the chance to explore new means of artistic expression and production methods,” he continues. “They also provide a chance to find new talent, and not just directors. For Modest Heroes, the art directors, animators and CG artists are all promising, young artists. As we move forward, we hope to hire new directors and producers, as well as working with well-established creators.”

Nishimura initially envisioned the Short Films Theatre as a four-part program built around the theme of “Life.” “I approached creators whose films I genuinely wanted to see. I suggested different ideas on this theme, and the directors and I built the stories together.”

Sadly, that plan faltered. “One of the directors was Isao Takahata. He was very enthusiastic about the idea, but he passed away this April during pre-production,” Nishimura says. “Without Takahata, the theme ‘Life’ seemed vague, as if some critical factor were missing. I just couldn’t proceed with ‘Life.’ When I reconsidered the films in production, I concluded all three stories dealt with ‘Modest Heroes.’ These stories are about people who struggle with great difficulties, people full of courage, people we too often forget in these modern days. We set this as our new theme and continued production.”

In Yoshiyuki Momose’s Life Ain’t Gonna Lose, a likeable elementary school boy named Shun has to struggle with a life-threatening allergy to eggs. “Momose is a versatile director,” Nishimura comments. “Many of his films have a soft, stylish touch, so I wanted to him to go in the opposite direction and make a strong, realistic film. Humans must eat to live. But for Shun, food can be a threat to his life. Every day he faces the real possibility of death. When you make a film about a parent and a child, it’s easy to fall into the trap of showing a ‘heartwarming’ relationship, and creating a cheap-feeling structure. We wanted to avoid that.”

“Animation can portray unseeable, fantastic and fascinating worlds, but it can also show us the world we see,” he continues. “It has the power to enable us to imagine the thoughts and experiences of people close to us. We feel it’s tremendously important in these times to try to understand the experiences and thoughts of others. As creators of animated films, we feel it’s important to convey to children that they must enjoy their birth on this planet, live with others, and hope for the future.” 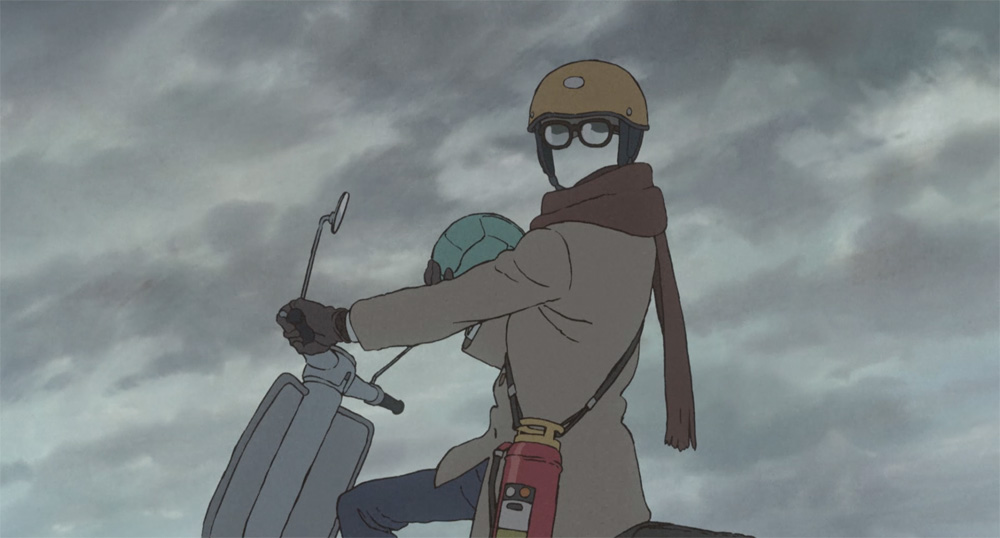 In contrast to the realistic subject of Life Ain’t Gonna Lose, Akihiko Yamashita explores the loneliness and alienation of a man who passes through society unperceived in Invisible. Nishimura notes that depicting an unseen character presented enormous challenges: “At first, Yamashita said it was impossible to draw an invisible man, but he ended up drawing almost 80 percent of the animation himself. It’s quite possible that the images of the invisible man’s face that forms in the minds of Japanese viewers will be different from those of American audiences. The image we have in our minds of his expressions comes from our own experiences.”

Kanini & Kanino by Hiromasa Yonebayashi, the director Mary and the Witch’s Flower, feels more like a conventional fairy tale. Two water crab brothers must fend for themselves when their father is swept away by the currents in a stream.

“I suggested a story about a family with a new child, because Yonebayashi had a second son at the end of 2017, and his wife was hospitalized just before the delivery,” Nishimura recalls. “Why not have him write an original fantasy based on his feelings about keeping his family safe and his elder son’s fears? The motif I suggested was the growth of a tadpole into a frog, but after exploring several ideas, Yonebayashi chose two cute crab brothers.”

“Yonebayashi didn’t plan to use only mime in Kanini & Kanino,” Nishimura explains. “But adding dialogue seemed to diminish the fun of the short and push it toward a feature film, so the verbal utterances were limited to onomatopoeic sounds, supported by expressions and movements. Searching for ways to express feelings and thoughts without dialogue was a challenge for Yonebayashi and extremely instructive.” 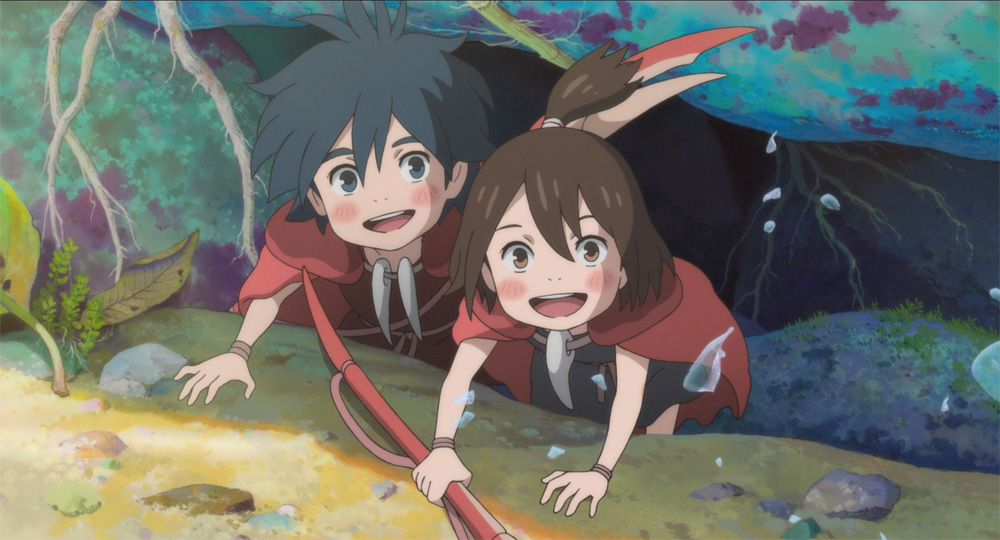 Nishimura seems to sigh audibly when he writes that the short films have very limited opportunities for theatrical release in Japan. “We actually had no fixed plans to release the Ponoc Short Films Theatre in Japan, and eventually released the three shorts as an anthology film,” he concludes. “Now that we’ve finished Volume 1, we would like to produce more shorts. We’ll probably work with different artists — by collaborating with Japanese and foreign directors and creators of feature films, I believe the Ponoc Short Films Theatre will grow into a meaningful series of animated shorts.” 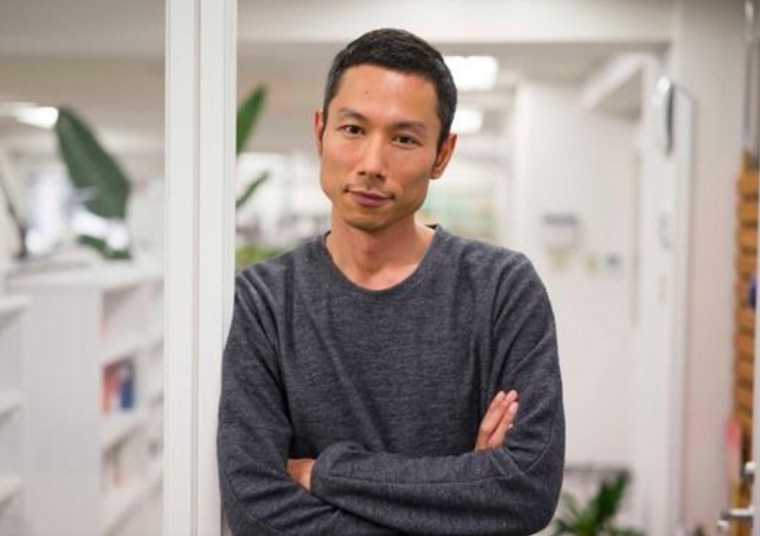