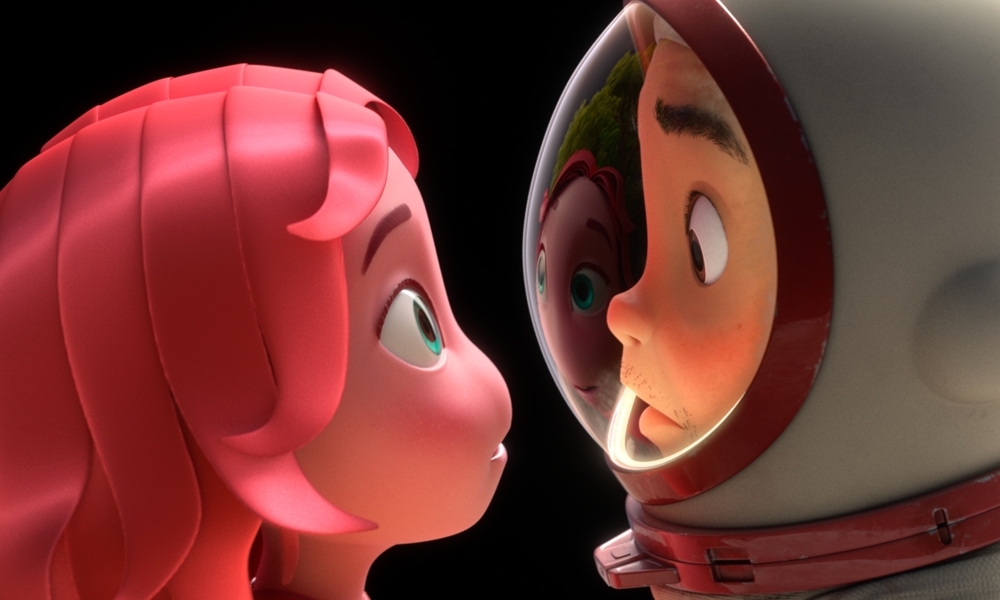 Apple Original Films and Skydance Animation have come together to create Blush, a CG-animated spacefaring tale based on a heartfelt personal story. This first short film debuts as part of an expansive, multi-year animated content partnership between the companies to deliver premium films and theatrical-quality TV series to viewers in over 100 countries through Apple TV+.

Blush follows the journey of a stranded horticulturist-astronaut’s chances for survival after he crash lands on a desolate dwarf planet. When an ethereal visitor arrives, the once-lone traveler discovers the joy in building a new life and realizes the universe has delivered astonishing salvation. The inaugural Apple/Skydance short film is written and directed by Emmy Award-winning filmmaker Joe Mateo (Prep & Landing, Big Hero 6), and shares the storyteller’s deeply personal journey of healing, hope and the undeniably human moments of being rescued by love.

Mateo developed Blush alongside the Skydance Animation team and the film is produced by Heather Schmidt Feng Yanu (Toy Story, Cars trilogy) and executive produced by Oscar winner John Lasseter (Toy Story, Monsters, Inc., Cars). Blush joins highly anticipated Apple/Skydance features Luck and Spellbound, and the animated series The Search for Wondla, with several more feature films and television series to be announced over the term of the pact.

After its launch on November 1, 2019, Apple TV+ became the first all-original streaming service to launch around the world, and Apple Originals have been honored with 345 awards nominations and 93 wins in just over a year — including an Academy Award nomination for Greyhound, Critics Choice Awards, Critics Choice Documentary Awards, Daytime and Primetime Emmy Awards, an NAACP Image Award, Writers Guild of America Awards, a Peabody Award and more.