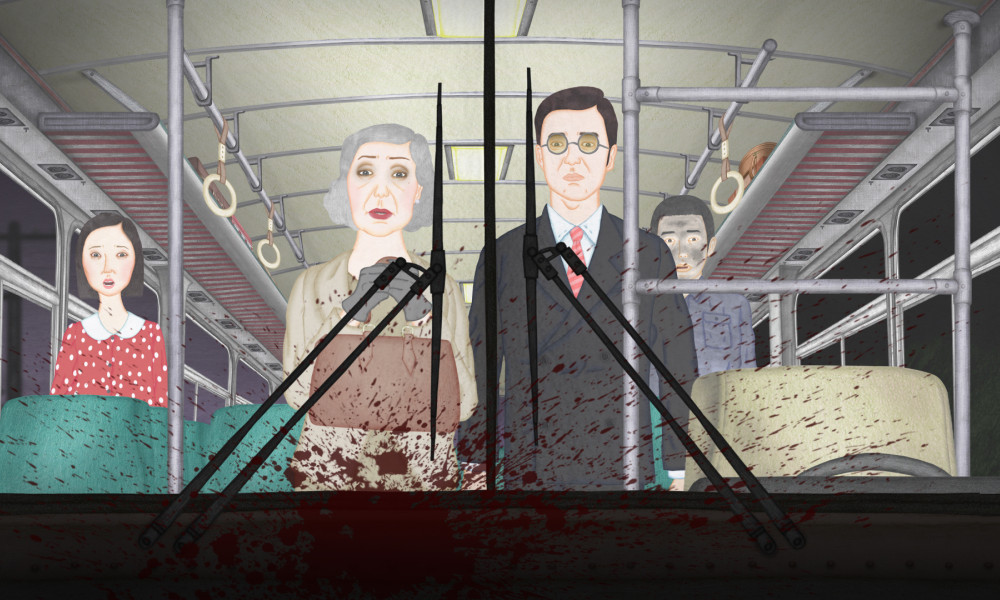 Taiwanese animator-director Joe Hsieh’s Night Bus has been one of the year’s most quirky and acclaimed projects at festivals around the world. The mysterious short, which centers on the strange events unfolding on a commuter bus on a coastal highway, is the kind of artistic, idiosyncratic venture which leaves quite a lasting impression on the viewer. It has received an impressive slew of awards worldwide, including the top prize at Zagreb’s prestigious Animafest.

“I like observing people and have always felt that humans are highly ‘complex,’ oftentimes thoughts and behaviors are inconsistent or even contradictory,” says the talented director in a recent email interview. “In Night Bus, I challenged myself to create a suspenseful story where each [person]’s hidden secrets drove the main characters’ erratic behavior. To enrich the plot, I added a little monkey who created havoc to avenge the tragic death of his loving mother.” 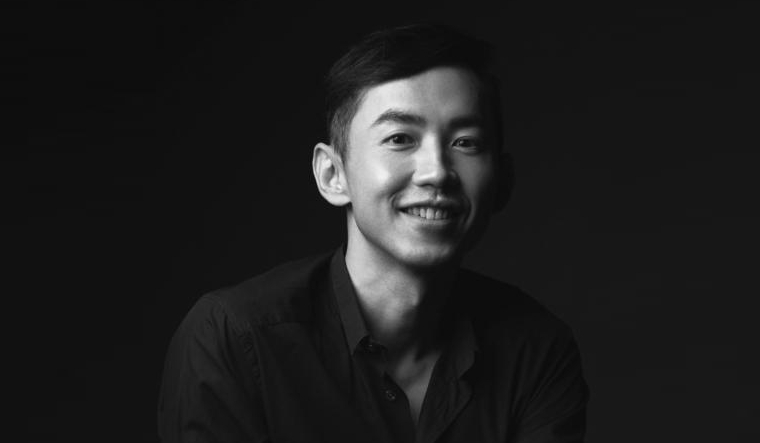 The inspiration for the short came to Hsieh one night as he was traveling cross country in Taiwan. “While driving along the coastline at night under a moon-lit sky, I was captured by the beauty of the shore — the structured reefs dotted with palm trees, the sights and sounds of waves splashing and glistening under the moon light — and it got me thinking that this beautiful setting will actually provide a perfect setting for a suspenseful film.”

Work on Night Bus actually began in 2015, but midway through, Hsieh’s main focus shifted to working as animation director on director Yon Fan’s acclaimed feature No. 7 Cherry Lane. “While working on No. 7 Cherry Lane, I learned many styling and story-telling techniques that made me see the many inadequacies and flaws of the original draft of Night Bus. So, then I revamped the entire story structure and created new ways for the characters to act and interact. That’s why all in all, it took me about five years to complete Night Bus.“

According to the director, Night Bus had a rather limited budget. “There were only six artists working on creating background scenes and characters, and I did the rest, ranging from character movements to film editing and everything in between. The characters and background scenes are all hand-drawn pencil-on-paper and scanned into a computer for coloring and edits. Cut-out techniques are used on the characters, frame-by-frame, to enrich body movements and facial expressions. To heighten suspense, enhanced light contrast and texture are used in creating the scenes.” 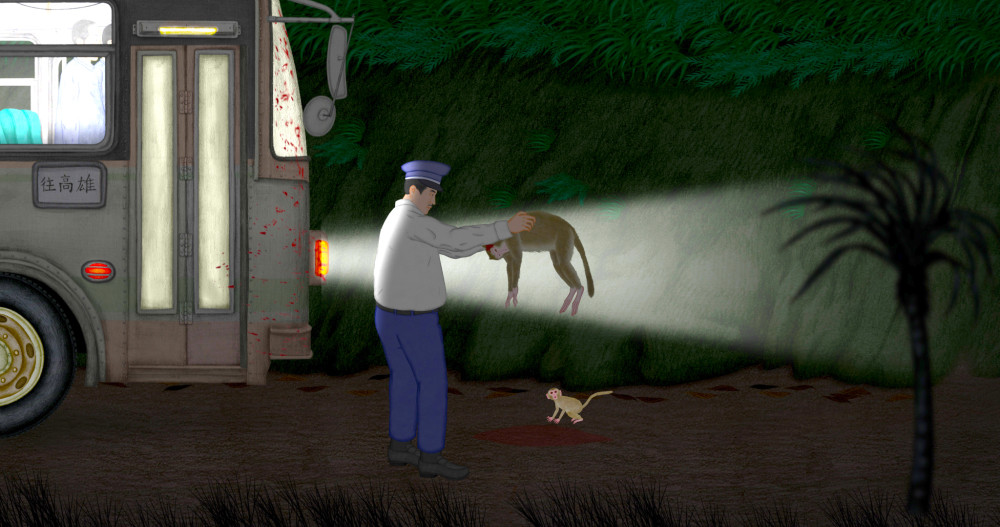 What was particularly challenging for Hsieh was finding ways to create the chemistry between the seven characters. “While live actors in films can act to create that chemistry, an animated short will have to rely solely on the creator’s imagination and storytelling to weave out a story, and to realize a film that will keep the audience at the edge of their seats and longing to see the ending.”

The young filmmaker says the process allowed him to find creative ways to explore the art of storytelling. “That is what I love the most — using storytelling to keep the audience in suspense until the very last minute, and having them feel surprised yet fulfilled at the film’s conclusion. That’s why I experimented with many different ways to edit Night Bus with the ultimate aim to tell a wonderful story to the audience.”

When asked about his biggest influences, the director mentions the late animation master Kihachiro Kawamoto’s 1976 short Dojoji Temple. “The strong emotions of the characters depicted in this film influenced all my films, prompting me to use strong emotions in my characters to enrich the plot,” he notes. “In addition, I was most impressed with the artistic use of uniquely Asian aesthetics throughout the film, and it is the styling cue which I learned to utilize as well.” 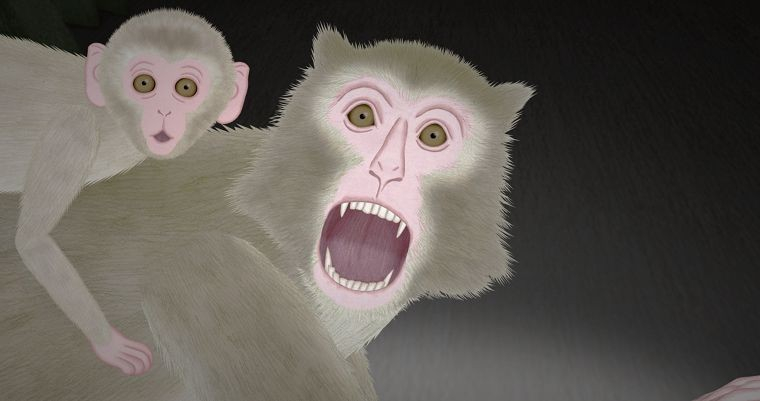 As the short captures the imagination of festival-goers around the world, Hsieh says he is quite touched when Night Bus receives the audience awards at events on different continents. “In many ways, I create films for the audience and having them across cultures to love and affirm your film is truly something I will not forget,” he admits. “In almost all Q&A sessions, the audience would mention that they especially love the adorable-turned-mad-and-vengeful little monkey. It’s actually a character that I am very proud of.”

“I think a short film does not have a pre-set framework or structure that it needs to follow,” he adds. “With much less (or no) box-office pressure, short film creators have almost full artistic freedom. This is especially true for animation where the only limitation is the creators’ own imagination.”

Hsieh leaves us with these important words of wisdom: “The road to creating animation can be lonely and challenging,” he cautions. “However, the second you see your film coming to life, you will be so moved and touched that you feel that all of  the sacrifices and hard-work have been worthwhile. Remember to keep creating and insist on your creation because every frame belongs to you!”