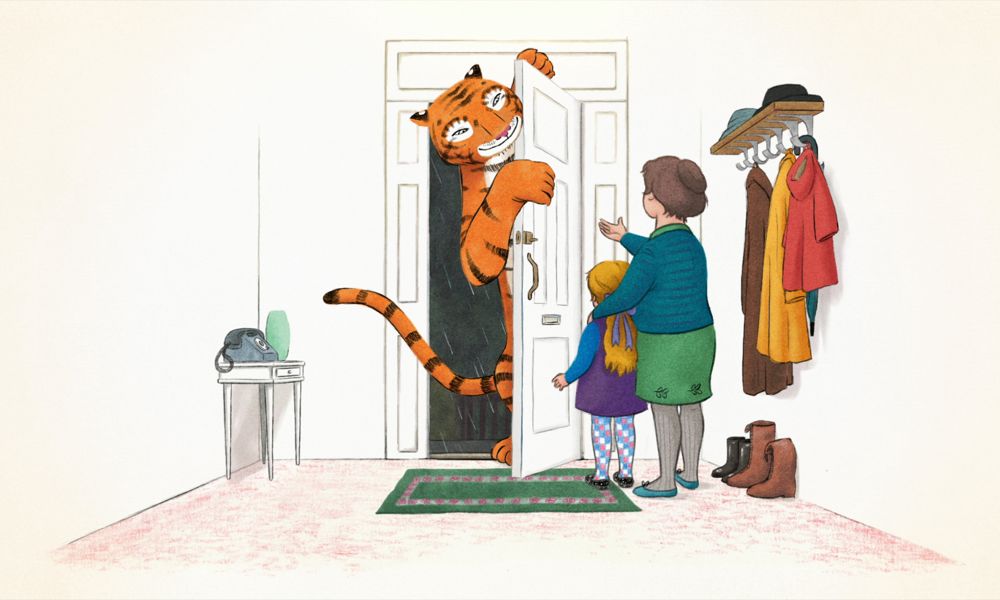 U.K. TV audiences were treated to a delightful addition to Lupus Films’ growing library of animated holiday specials at the end of 2020: The Tiger Who Came to Tea, which premiered on Channel 4 on Christmas, is based on the popular 1968 children’s book by Judith Kerr (1923-2019) and features the voices of Benedict Cumberbatch, Tamsin Greig, David Oyelowo and Paul Whitehouse. It tells the simple, yet imaginative story of how the everyday routine of a mother and daughter is disrupted by the unexpected arrival of a very hungry, stripy tiger! This award season, the acclaimed project is one of the many contenders in the highly competitive field of Best Animated Short.

The show’s producer Ruth Fielding tells us that the book has been one of her all-time favorites since she was a young girl herself, and she and her team at Lupus had been tracking the rights for some time. “Then the opportunity came along to pitch our vision to HarperCollins Children’s Books, the publisher, and Judith Kerr, the author and illustrator of the book, and we jumped at the chance,” she notes. “We started work on adapting the book into a screenplay with writer Joanna Harrison, who wrote our previous films We’re Going on a Bear Hunt and The Snowman and The Snowdog in 2017. The animation was all produced and drawn in house at Lupus Films’ studio in London, with a handful of animators and colorists working remotely.” 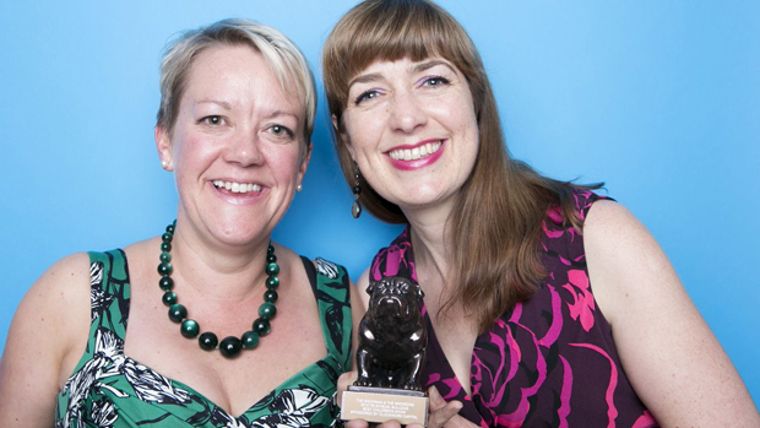 The special is directed by Robin Shaw, who also helmed the studio’s 2016 offering We’re Going on a Bear Hunt and was art director on Ethel & Ernest. He tells us that he was drawn to the new project mainly because it allowed him to do something really fun. He adds, “Because we were sticking to the brilliant simplicity of the book without adding loads to the story, the characters had a chance to breathe and to act out their parts in a really fun way. This was especially true for the tiger, who had the time to be the suave, unhurried, supremely confident, Roger Moore-ish feline he should be.” 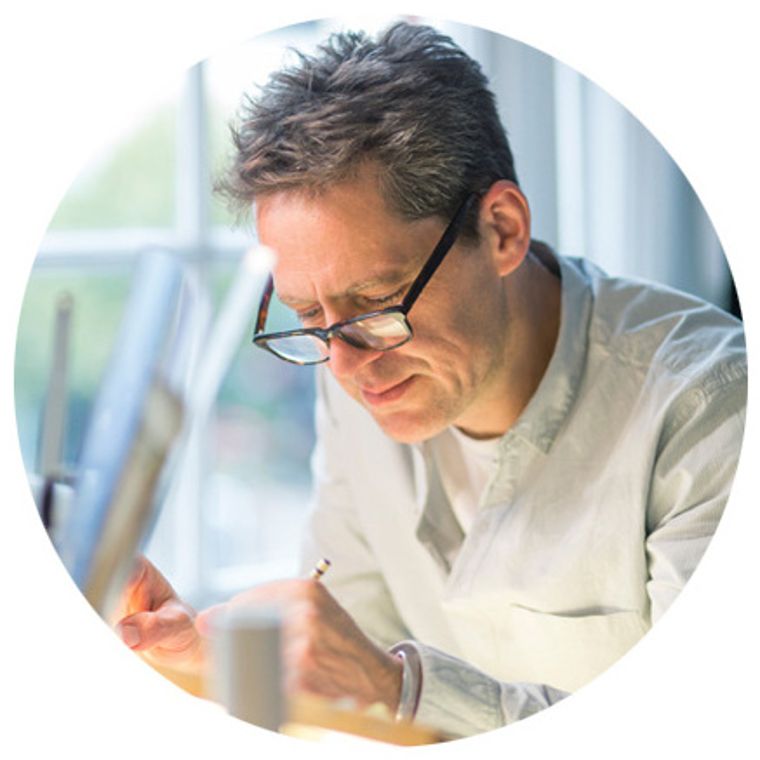 Shaw mentions that there were also really interesting design and narrative opportunities when it came to sticking to the style of the book. “In the book, Judith Kerr pictures the characters much of the time against a blank page, so it was exciting to use all that white space in the film to free us from the confines of a normal kitchen or background,” he points out. “The white space could be anything. It could be as big or small as I wanted, and I could introduce background elements as needed and even change the location without the characters actually having to go anywhere. The film really gave me the chance to use interesting techniques usually seen in more independent and less mainstream animation, but in a way that was entirely appropriate for the story.” 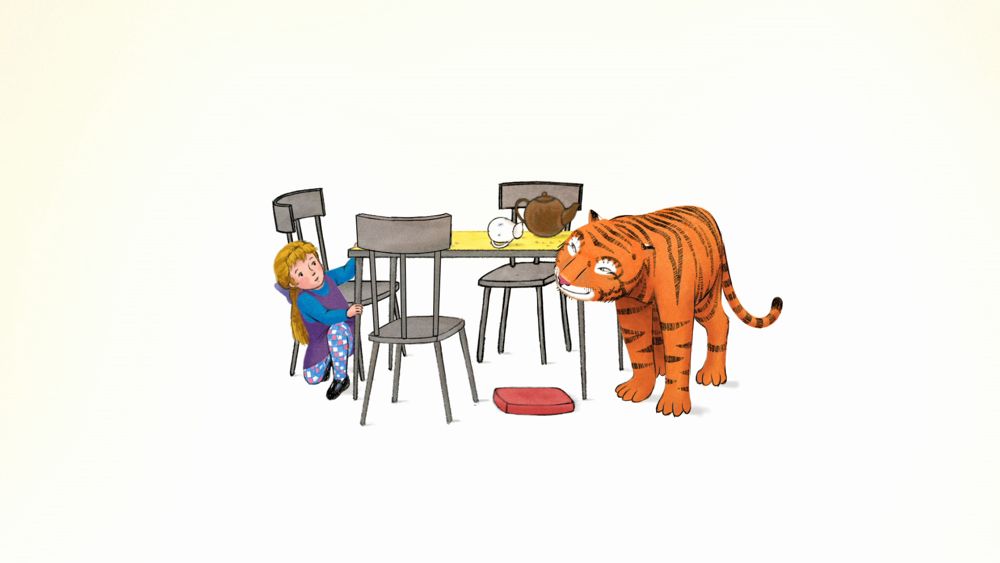 A 2D Throwback to Yesteryear

The project also allowed Shaw to invoke all of the influences he had soaked up as a kid, watching animation and British films of the 1960s. “The book is timeless but very identifiable with a certain period, so I wanted the film to have that quality, too,” he notes. “You should be able to watch it and think it could’ve conceivably have been made at any time since the book came out, so everything from the music and sound recording to the design and layout has drawn on techniques and styles of the period.” 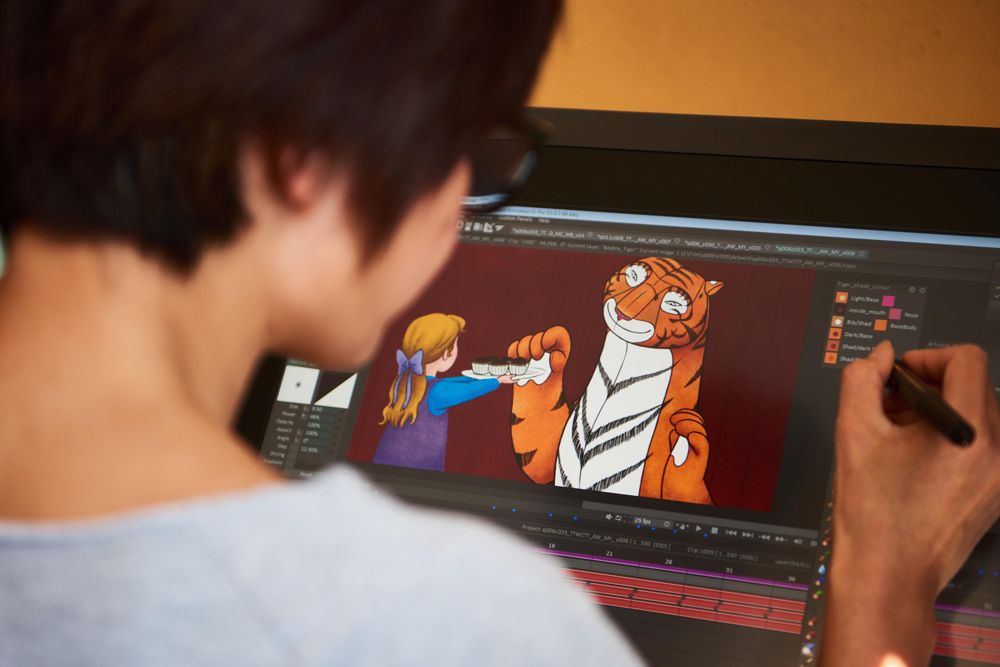 Shaw says he always starts each project with pencil and paper. “For me, it’s the most immediate and instinctive way of getting ideas down and sketching out different set-ups and camera moves,” he explains. “As soon as possible, however, we started working in TVPaint. We used a number of bespoke brushes and pens in TVPaint to replicate the look of everything from felt tips to mapping pen nibs, all used frame by frame to retain that hand-drawn look. I was very keen from the start that the animation, backgrounds and color work should all be completed within TVPaint and not be ‘over-produced’ by using too many techniques and bits of software. Judith Kerr’s original illustrations were drawn using a handful of techniques and media to wonderful effect, so it seemed natural that to give the film the same aesthetic coherence and to follow the style of the book we should do the same.”

The director and his team of about 60 artists worked together to make the artwork feel like it had all been prepared on a few layers of cels and put under a rostrum camera to be filmed. “Creatively, the whole thing came very naturally, but in practical terms I suppose the trickiest thing of all was to keep it simple,” notes Shaw. “Doing this meant having a big team of really skilled artworkers to make each frame completely finished with as little being left for comp as possible.” 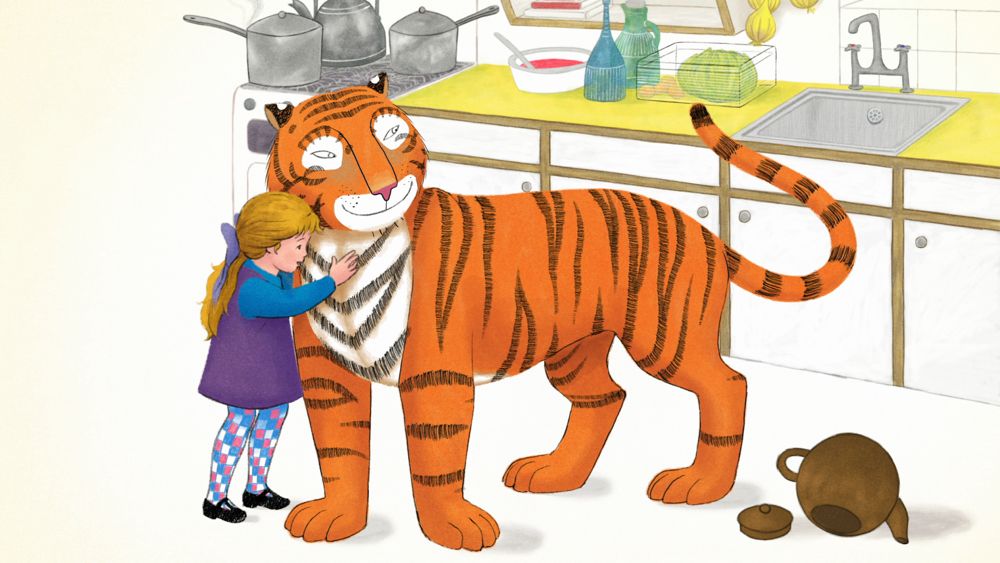 When asked about how Lupus manages to craft these beautiful, heart-warming animated tales that air during the holiday season in the U.K, Fielding is quite modest. “We like to think we modeled our business and style of doing business on the late producer and good friend of ours, John Coates,” she says. “His company TV Cartoons made lots of TVs specials, some of which were based on Raymond Briggs’ books, like ours have been. We really enjoy the craft of working on a single film and having the time to create something really beautiful and long lasting. However, the bread and butter of series work is always a draw.”

Fielding continues to be optimistic about the animation scene in the U.K., despite Brexit and other impending obstacles. “The animation industry in the U.K. is booming,” she says. “We have tax credits, fantastic talent and the exchange rate is favorable for others to work with us at the moment. Brexit is looming and we’re worried about losing access to funding pots like the E.U. MEDIA Fund and about retaining our crew, who come from other countries within the E.U. However, animation has always been a team sport, and so we will continue to co-produce with territories within Europe and further afield despite the political climate.” 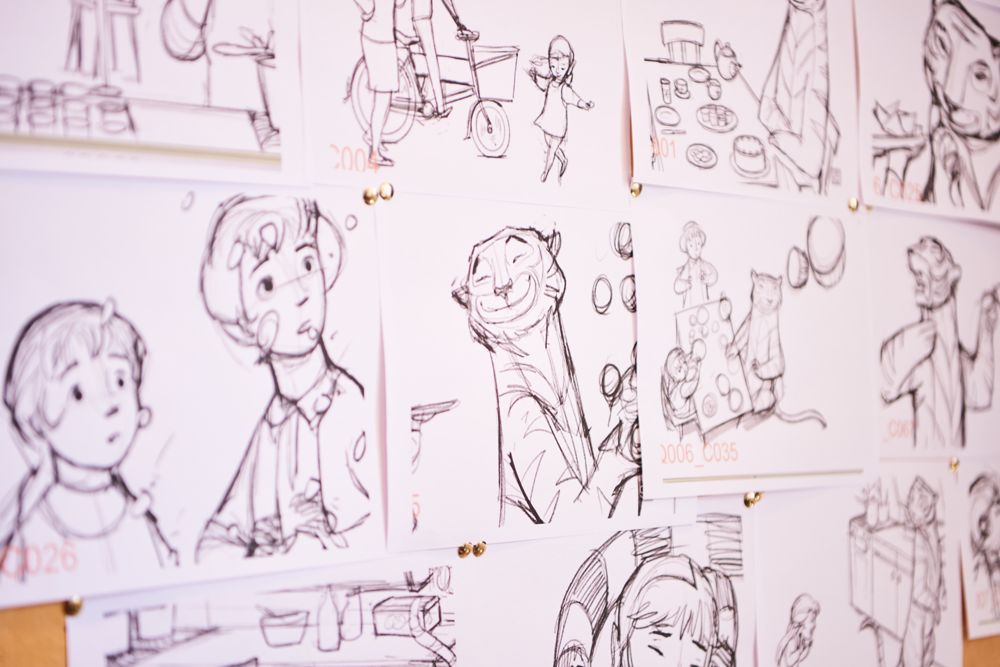 Both Fielding and Shaw hope the special will bring more joy and cheer into viewers’ homes. “We hope audiences will, quite simply, feel really happy they’ve watched it,” says Shaw. “I want them to start smiling within a few seconds and keep smiling right through to the end. One of the most satisfying moments during production was when we showed the animatic to some animation students and the two very down-to-Earth college technicians sitting at the back turned to each other about halfway through and broke into the biggest, warmest smiles. That’s what we want people to get out of it!”

The Tiger Who Came to Tea is available on Channel 4’s All 4 on-demand (U.K.) and additional digital platforms around the world. Learn more about this and other work by Lupus Films at lupusfilms.com.