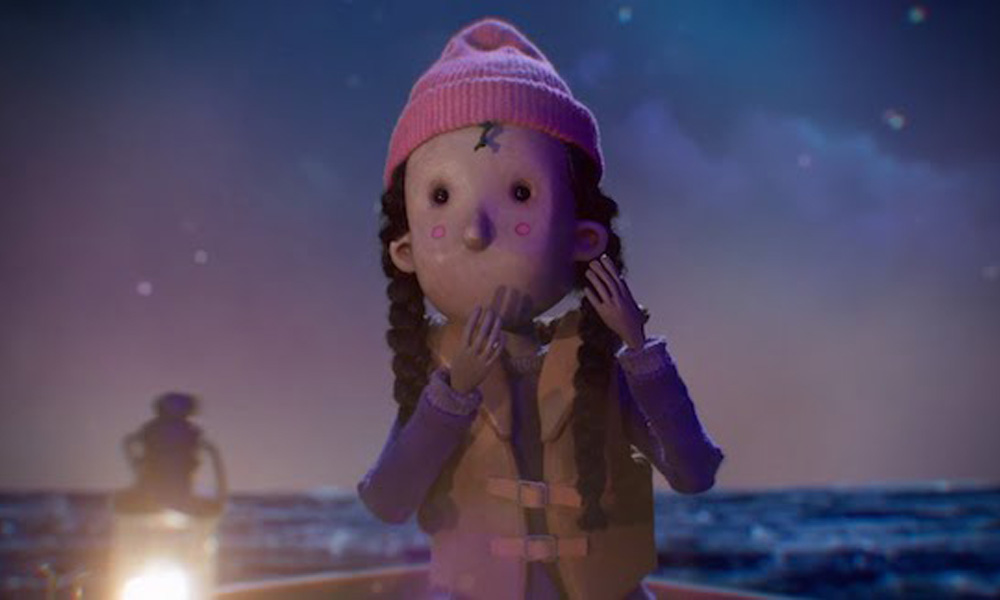 Multi-award-winning animation studio Aardman has announced its new music video for Coldplay’s “Daddy,” with the release of a teaser across social media. The track is off the band’s new album, Everyday Life, available now to stream and purchase.

The film Aardman has created for the track is an atmospheric journey through a girl’s fragmented memory about her father. Directed by Aardman’s Asa Lucander, it uses live-action puppetry, digitally painted sets and 2D animation to create a tapestry of styles that symbolizes the girl’s memories of her dad.

“It was such an honor to direct this video for Coldplay. The first time I listened to the track it spoke to me on a deep level – I immediately started to imagine storylines and images formed in my mind’s eye,” said Lucander. “When this happens, you know you’re on to something very special. I’m often drawn to emotional stories and I knew very quickly that this was one I wanted to tell.”

“’Daddy’ isn’t a single in the traditional sense,” said Phil Harvey, Coldplay’s Creative Director, “but we always wanted to make a video for it as the song feels like a story within itself. Åsa and her team have done an incredible job in bringing the story to life.”

The full length, five-minute video follows a girl lost at sea, alone in a rowing boat and sailing towards the unknown. The turbulent sea is echoing glimpses of her past with her dad, and the sea and skyscape becoming the emotive canvas projecting the girl’s memories.

“I wanted to capture the nature of dreams and memories – a sense of a fragmented, surreal imagination,” Lucander added. “It is an emotional journey, and I guess you could read it in many ways. The sea becomes a metaphor for what stands between the girl and her father. A threat, a sense of danger of the unknown and what she has lost.”

Aardman has a history of making imaginative, powerful and compelling music videos, dating back to Peter Gabriel’s ‘Sledgehammer’ in 1986. The video won nine MTV VMAs, including Video of the Year, which is the most awards a single video has won.

Go behind the scenes of “Daddy” with the Aardman crew in this making-of blog post.

Grid VFX Brings ‘Latte’ Movie to Life with Blackmagic’s Fusion Studio
Miyu Takes a Bite Out of ‘Chicken for Linda!’