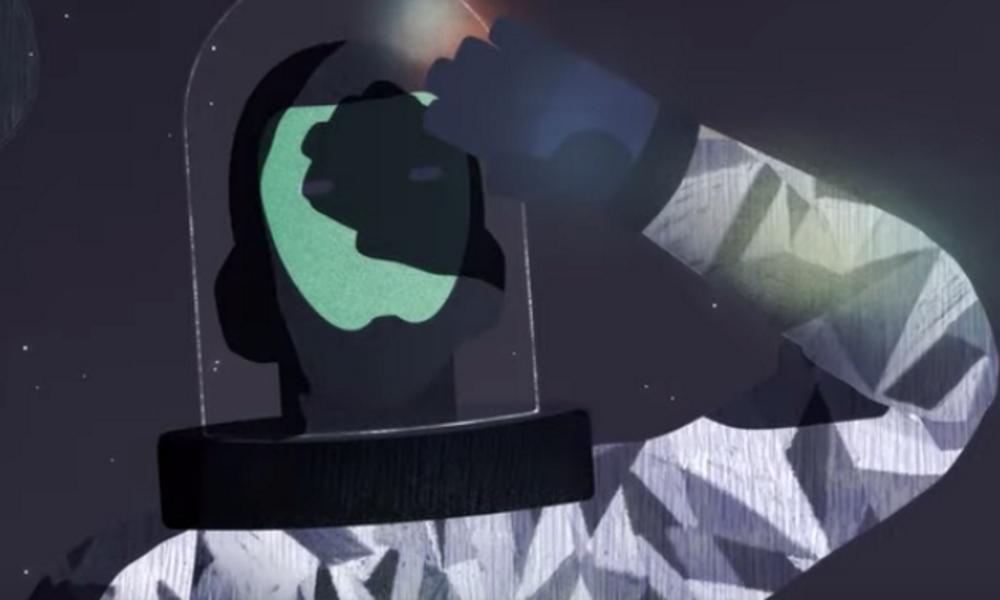 Triple Platinum-selling musician and multi-instrumentalist Jamie Cullum has unveiled the music video for “The Age of Anxiety,” taken from his latest album Taller (Island Records).

Created by Neil Pymer, a creative director at multi-award-winning animation studio Aardman, the video illustrates the message of Cullum’s track about modern society. How attached we are to the digital world and all that goes on within it and our turbulent political landscape all come to life within this video, expertly directed by Pymer and co.

“’Age of Anxiety’ is a hugely pertinent track for the time we live in; to our politics, media, culture and our relationships both digital and personal,” said Pymer. “I wanted to create an intergalactic allegory set in a future world that’s slightly to the left of ours, but not too far away… taking visual inspiration from Fritz Lang’s Metropolis, Kubrick’s 2001, Bladerunner and ’50s sci-fi art, it observes loneliness, blind acceptance of digital media and crowd mentality, but is ultimately an uplifting love story spanning space and time, prompting us to bypass the rat race and take our own path. We had to get a piano in there too… it is Jamie Cullum after all!”

Cullum commented, “This is the first time I’ve had a song of mine interpreted by an animator like this. I am stunned with the results. It reaches deep within the song and pulls out new resonances. It feels like a real gift. This has been a wonderful process, totally unfettered by any pressure other than to create something that might have the chance to last out there in the noisy and chaotic universe.”

The song is taken from Cullum’s latest album, Taller, which sees him bravely explore personal subject matter with a fresh sense of authenticity, each song reflecting a desire to grow and learn and explore life. There are prominent funk, pop and gospel influences nestled within this album and the powerful “Mankind,” whose lyrics are a soulful collective call for an alienated society.

With 10 million album sales to date and his successful BBC Radio 2 show, Jamie Cullum is a celebrated musician the world over with loyal fans in every corner of the globe. With a career spanning over 20 years, his legendary live shows have seen him perform and work alongside artists as diverse as Herbie Hancock , Pharrell Williams, Kendrick Lamar and Lang Lang, whilst the success of his major label breakthrough, Twentysomething and its follow up Catching Tales saw him nominated for a BRIT, Grammy and numerous other awards around the world.

In addition to his enduringly successful recording career, Cullum has also established himself as a multi-award-winning music broadcaster; his BBC Radio 2 show celebrates 10 years on air this April.