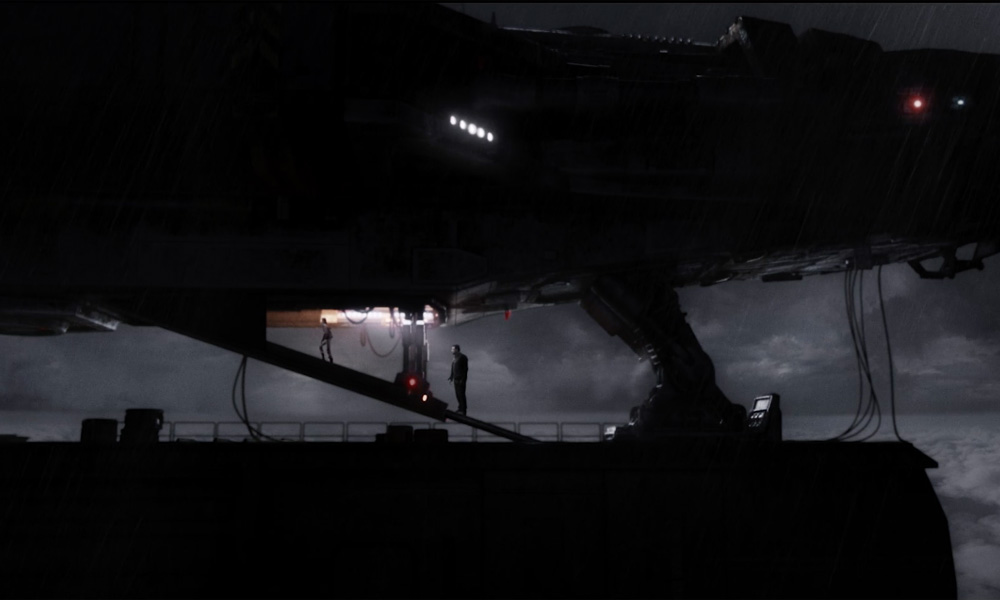 Among the many intriguing projects charting a course to the Tribeca Film Festival this month is official selection The Shipment, a million-dollar science-fiction adventure written, executive produced and directed by VFX artist/3D animator Bobby Bala. The live-action project, which also stars the director’s daughter, relies on high-quality CG work to create a galaxy of environments and effects, populated by humanoids and stranger creatures created with FX makeup.

The 27-minute film tells the story of a widowed cargo hauler — played by Aleks Paunovic (War for the Planet of the Apes, Battlestar Galactica, SyFy’s Van Helsing) who finds himself stranded with his daughter Zohra (Ishana Bala) on a wretched spaceport after their old ship breaks down. Faced with an unscrupulous offer to escape, he faces a difficult dilemma that puts his morality to the ultimate test as he tries to provide a better life for his family.

Ahead of the Tribeca fest, the short has made official selection lists at Fantasporto, Bermuda, Miami, Sarasota, Berlin Sci-Fi and other film festivals, and picked up Best of Fest, Best Child Actor (Ishana Bala) and Best Foreign Featurette at California’s Idyllwild International Festival of Cinema.

The Shipment_Trailer from Bobby Bala on Vimeo.

The Shipment is the culmination of two decades of Bala dreaming of directing his own film — making ends meet in San Francisco as a VFX artist didn’t leave many funds to launch a filmmaking career, though. Bala later found more financial freedom after operating a successful theater seating business.

“After scrimping and saving for many years, I finally had enough money set aside to pursue this dream. I was undecided if I should make a simple feature film with no VFX, or a 30 minute sci-fi featurette with advanced VFX which would better showcase my abilities,” says Bala. “Since indie features can’t always guarantee a financial return, I thought it would be a wiser investment to make a high quality proof-of-concept featurette that would stand out, rather than a feature which would have little to no VFX at all. My thinking was, If I’m going to most likely lose money, I might as well tell the story I want to tell and have fun while doing it.”

The film ended up taking four years to create, surpassing the $1 million budget mark to become one of the most expensive live-action shorts on record. “After three years into the production, the budget was completely depleted and to get us over the finish line I had no choice but to sell my home. It was a very difficult decision to make, but a necessary sacrifice to save the film. Too many people around the world had already put so much into this project. I couldn’t let them down,” Bala concludes.

The Shipment was shot almost entirely on green screen (95% of 350 shots). Bala gathered a large crew of VFX wizards, CG artists, and FX make-up artists who contributed to enhance the live action performances recorded in an empty food warehouse in Vancouver, BC. While this less than ideal set caused many unforeseen challenges, Bala was able to tap his experience in CG visuals to smooth the process.

“With a background in computer animation, I was able to create a full previz animation of the film complete with music and dialogue before we started shooting the film. This was an invaluable tool which I was able to show the crew so they could visualize all the shots and the story we would be telling,” Bala explains. “The previz also allowed me to edit and visualize the film so that I could see if the story and the various cuts were working. It’s also a great way for people to get excited about the project. I feel that every filmmaker should use some form of previz no matter the genre.”

One of the CG creatures featured in the film is a sort of sci-fi answer to the psychedelic toad. “The creature is called a Skyck (pronounced skik) and it’s a snake-like alien creature that wraps itself around the arm of the user and injects its addictive venom,” the director reveals. “The venom does not kill the user, but instead produces a drug-like high. There are many variants of Skycks which produce different types of highs.”

Amid the fantastical sci-fi imagery of The Shipment, the film is concerned with the weight of real-world human relationships — both the strength and challenge of a father-daughter bond, as well as the big social questions of the day.

“The migration of people and border crossings are urgent issues right now. There are people crossing borders for survival and there are people working as human smugglers. Their lives are complicated and often subjected to negative stereotypes,” says Bala. “The protagonist of this film is in the moral dilemma of transporting alien slaves in order to save his daughter. He is a flawed but noble character who is driven by the desire to protect his family and serve the greater good. His story needs to be told because it challenges the idea that human migration is a clear-cut issue. Right or wrong is not always easy to define.” 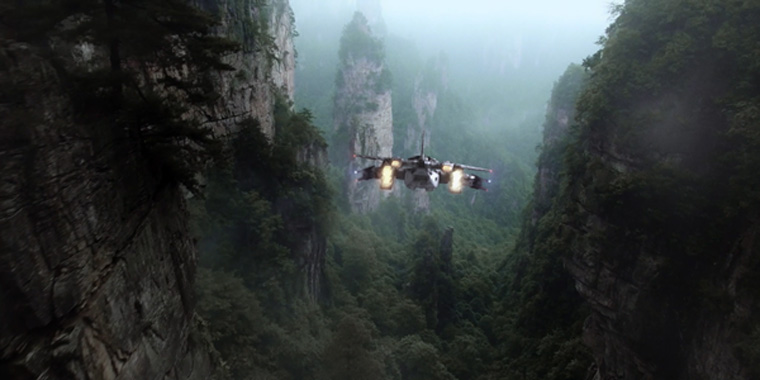 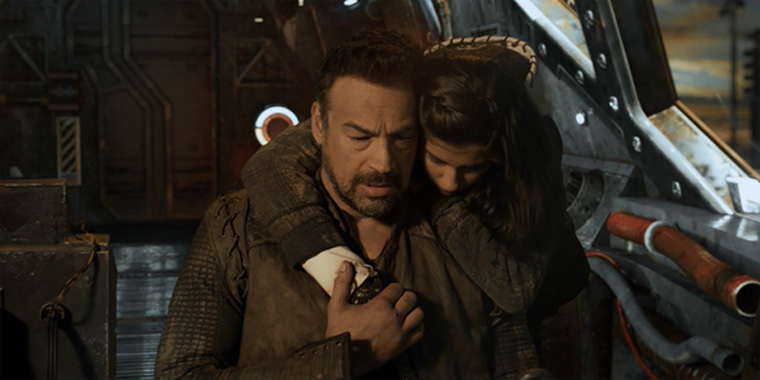 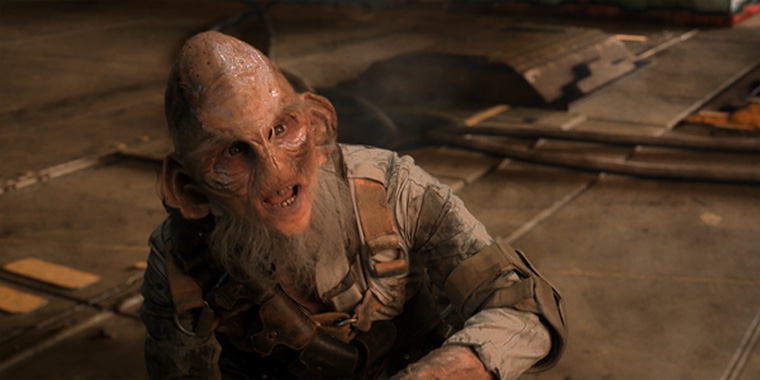 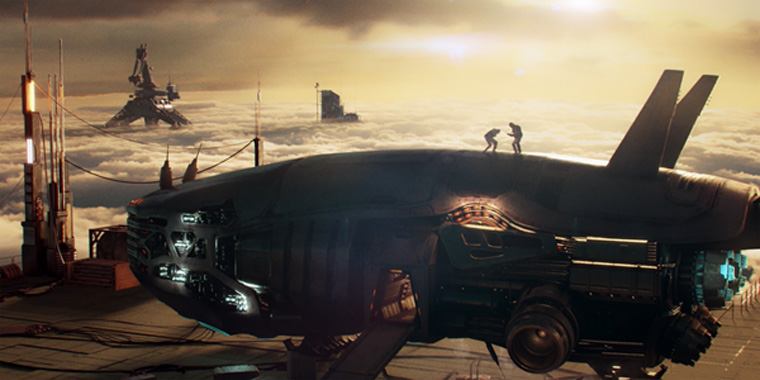 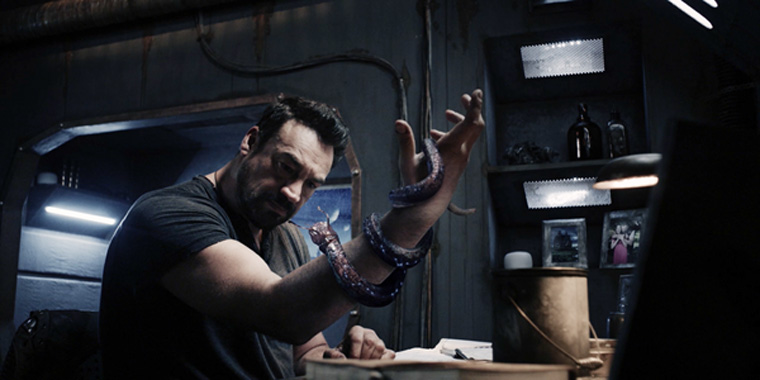 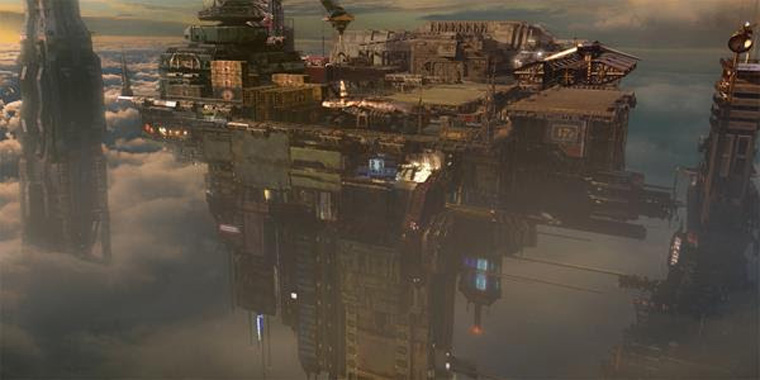 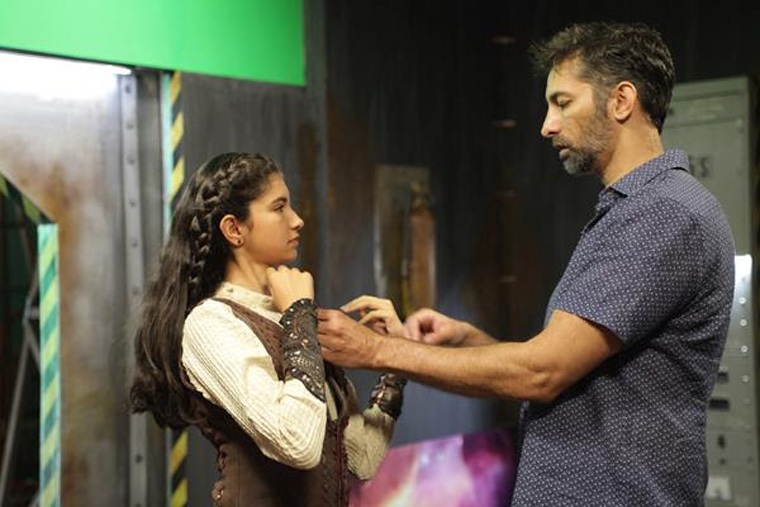