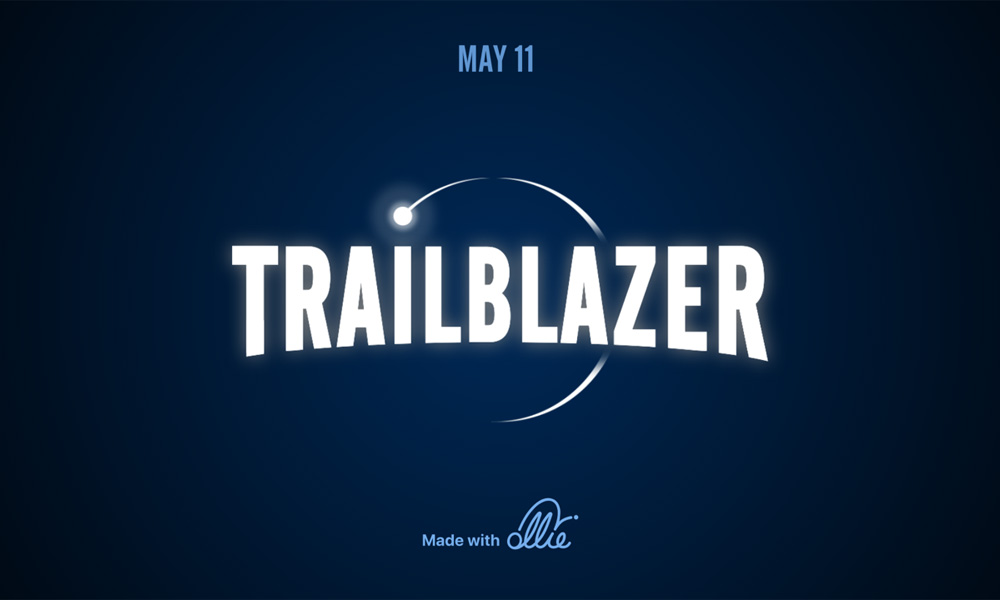 The short film Trailblazer may appear at first glance to be animation created by a soon-to-graduate student from the University of Southern California in Los Angeles. While the 3 ½-minute Trailblazer does reflect the skills of USC senior Sagar Ramesh, it’s also the product of a new animation tool developed by students themselves.

“Trailblazer is an animated visual music piece that follows a ball of light as it travels through space and time,” explains Ramesh, who wrote, animated and directed it. “From wood fire to LEDs, Trailblazer is a fast-paced exploration into light’s many forms, set to original music and animated in Ollie.”

Although Trailblazer screens in 2D form at USC’s Norris Cinema Theater — with a surround sound score by USC’s Thornton School of Music graduate David Deedwania – its animation also represents an ambitious 3D agenda. The “Ollie” to which Ramesh refers is a homegrown tool that can be used ultimately to create imagery for augmented and virtual reality.

“It’s designed for beginners in 3D animation,” says Ramesh, who served as lead product designer on a team that included product designer Annie Oh, technical artist Carson Hall and software engineers Drew Okenfuss and Zachary Flores. Except for Hall — a friend of Okenfuss who studied graphic design at the Savannah College of Art and Design — the students behind Ollie are from USC. Ramesh asserts that this is the first time a group of students from the USC School of Cinematic Arts have made a film with a tool they invented themselves.

“All of us have some AR or VR experience,” notes Ramesh, who interned at Oculus during his college years. But he stresses that Ollie was designed for artists who haven’t surmounted the learning curve required to master 3D animation tools like Maya. “We’re into making technology more accessible,” he says. Ramesh compares the approach behind Ollie to the way that iMovie can be a stepping stone to advanced video editing programs like Premiere. “We’re building a series of features into Ollie that introduce key concepts like squash and stretch to new animators, in a highly visual way.”

Early feedback has reinforced the positive expectations of Ollie’s collegiate development team. “We’ve been testing it every single week,” explains Ramesh. “We’re targeting a demographic of 13- to 18-year olds.” These high school-level testers have taken readily to using the models contained within Ollie, and making animated vignettes that they can take videos of in VR. “One of them used our models of boats and created a regatta for himself.”

Being able to pick up a virtual object and manipulate it certainly makes the prospect of VR creation more approachable. Ollie is engineered to polish the rough animation produced by fledgling animators, but Ramesh stresses that Ollie’s ultimate goal is to empower storytellers. “It’s not just a gimmick,” he says.

Hence the creation of the demonstration film Trailblazer, on which Ramesh collaborated with the Ollie development team. The project benefited from the filmmaking input of veteran USC faculty members Candace Reckinger, Mike Patterson and Sheila Sofian, and Ramesh personally cites the influence of Mark Bolas, Associate Professor at USC’s School of Cinematic Arts’ Interactive Media Division. As a freshman, Ramesh had worked on the graphic elements for the “Sandbox VR” project created in Bolas’ MXR studio at USC.

While Ramesh may have come of age during the emergence of VR and AR technology, he knows full well that turning Ollie into a tool for interactive storytelling will be challenging. After all, his internship at Oculus happened the same year that Facebook closed the Oculus Story Studio — led by veterans of Pixar — that had been envisioned as a supplier of creative VR content for the Oculus Rift platform.

“We know that the hardware cost is still prohibitive for many users,” Ramesh acknowledges. But he thinks that the enthusiastic responses to VR exhibitions at venues like San Francisco’s Exploratorium indicate that VR’s future is viable. “We’re planning on launching Ollie in the Oculus Store and Steam in the coming months,” he says. They also hope to demonstrate Ollie at SIGGRAPH this summer. With any luck at all, Trailblazer will be an aptly named intro to Ollie, and the students who made it. 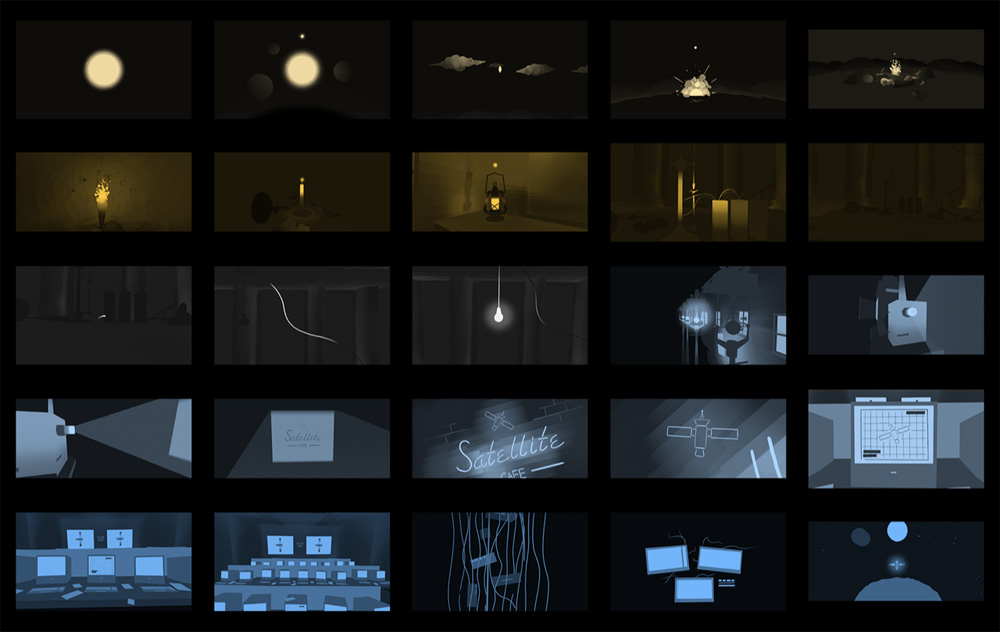 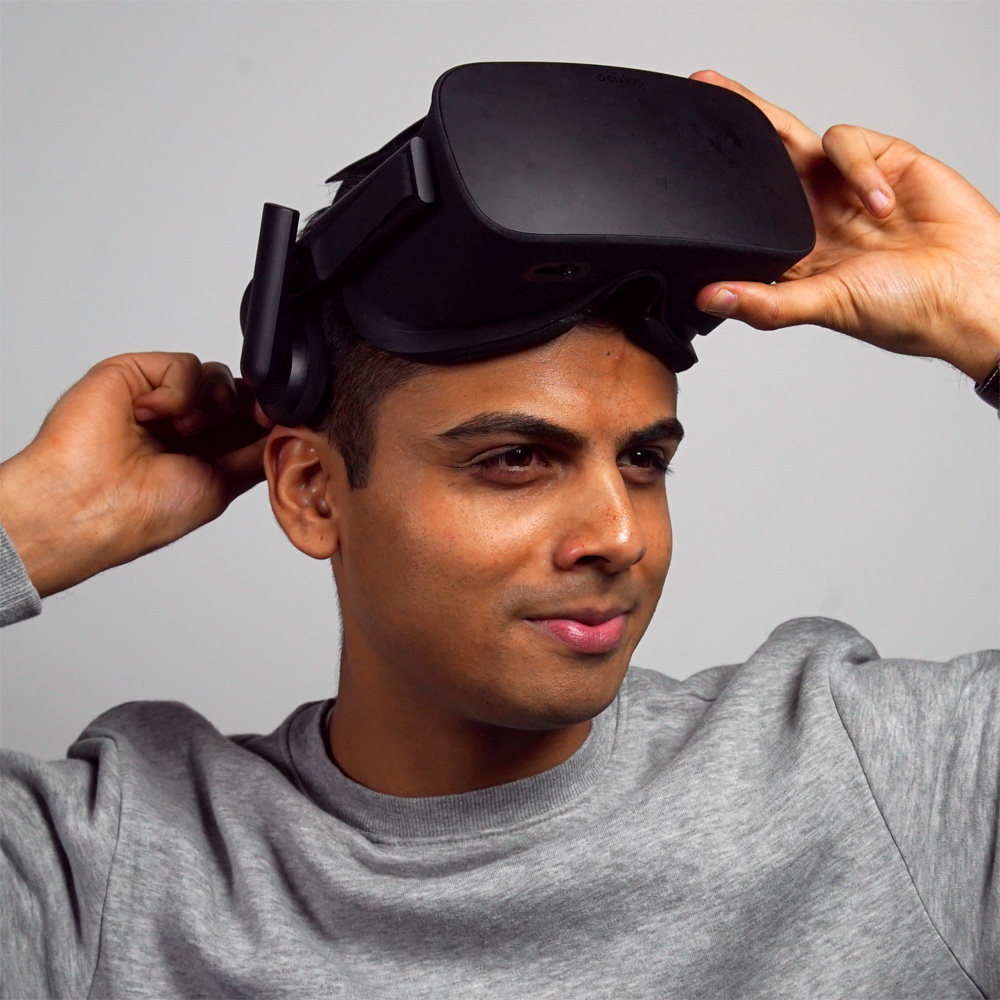 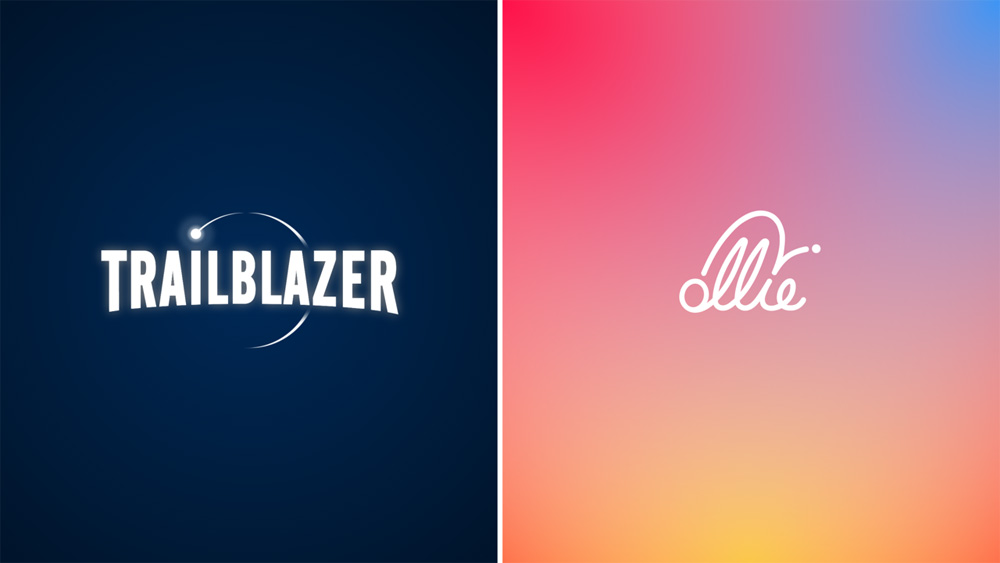