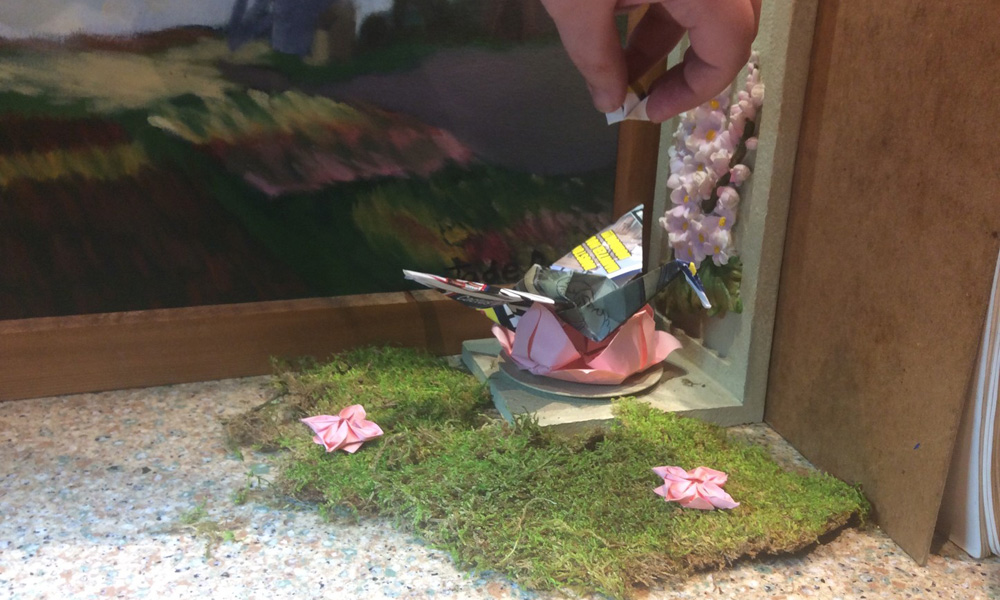 Each of the apprentice auteurs has a CV with crew positions on the short film What to Do with Your Tabloid News, an almost three-minute, lighthearted explainer video that employs origami, stop-motion animation and CGI to achieve maximum messaging impact. The film is an official selection of the Easterseals Disability Film Challenge (in association with the Bentonville Film Festival), the Frame by Frame Film Fest, and the KIDS FIRST! Film Fest, respectively. Watch here.

“I know you will all continue to succeed, and I loved your film and your whole team! Thanks again for your support and passion!” enthused Nic Novicki, award-winning actor and Easterseals Disability Film Challenge founder/director.

KIDS FIRST! film critics Ashleigh C. and Julie S. said of the short, “The entire production team seems to have a great sense of humor; even the end credits gave us a quick laugh. The stop motion and the funny text scenes are favorites. The fact that this film was created by adult students on the autism spectrum makes this even more interesting.”

Brainstorm Productions has launched with a distinct mission: To be a bridge between school enrollment and paid roles within third party players, such as Disney, Netflix, Electronic Arts, and other entities large and small. Brainstorm Productions presents compensated job opportunities for those with CLU animation diplomas. The business is a full-service entity staffed with alums on contract assignments and original creative development projects. Potential patrons, such as video game companies, film and TV producers, NGOs and small business advertisers, are invited to connect with CLU now.

“Brainstorm Productions supplies a launch pad for these unconventional content creators. We hope to engage with the entertainment industry on many fronts to provide meaningful employment inside an underserved community,” said CLU founder & executive director Virginia Erxleben, EdD, BCET. “Our students are too talented not to contribute to their chosen field! Let’s change the statistic from 85% unemployment to 85% employment within the neurodiverse population. Brainstorm Productions is another step in that direction.”

Established in 2002, The Center for Learning Unlimited has a calling to reconnect complex young learners with their academic, social and emotional potential, thereby empowering them to engage as citizens of the 21st century. Learn more at cflu.org.

The Center for Learning Unlimited