The Center for Learning Unlimited, a non-public, WASC- accredited day school in Torrance, California, proudly celebrates the second graduating class of its animation career training program for neurodiverse adults. Alongside commencement, CLU announces the appointment of an entertainment industry advisory board, plus film festival honors and a robust project slate for sister animation studio Brainstorm Productions, which commemorates one year in full-time operation.

Each aforementioned apprentice auteur has a CV with crew positions on the short film The Cursed Sketchbook, a five-minute horror-comedy which enjoyed a March 2022 premiere at an invitation-only, big screen event in Rancho Palos Verdes. 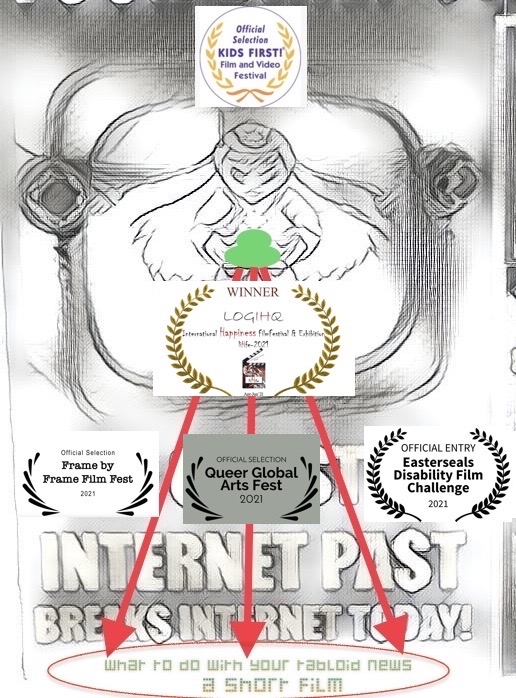 What to Do with Your Tabloid News

Graduates also have credits on the 2021 CLU short film What to Do with Your Tabloid News, a lighthearted explainer video that employs origami, stop motion animation, and CGI to educate and entertain. News — an official selection of the Easterseals Disability Film Challenge (in association with the Bentonville Film Festival) — won Best SUPER Short Film at the 2021 LOGIHQ International HAPPINESS Film Fest and was a finalist in the 2021 Los Angeles Animation Film Festival (LAAF).

“CLU and Brainstorm Productions are comprised of the most devoted, original, imaginative, and inventive artists in show business!” says advisory committee member and animation multi-hyphenate Walter Santucci. “I am proud to have served as consultant on The Cursed Sketchbook. The crew did a magnificent job!”

Brainstorm Productions has a distinct mission: To be that bridge between school enrollment and paid roles within third party players, such as Disney, Netflix, Electronic Arts and other entities large and small. Brainstorm Productions presents compensated job opportunities for those with CLU animation diplomas.

In the last year, and in addition to The Cursed Sketchbook, Brainstorm has completed the official poster for New York-based Rock Autism’s Setlist premiere at The Hotel Café in Hollywood, plus illustrations and animation for children’s book The Secret Life of Sheba by Jane Kusch. Next up: Willow’s Tale multi-media package — including two animated shorts — for author Linda Malik. (Look for the Brainstorm thumbprint at Malik’s fall 2022 CatCon booth in Pasadena.)

“Brainstorm is a catapult for these unconventional content creators. We hope to engage with the entertainment industry on many fronts to provide meaningful employment inside an underserved community. Our students are too talented not to contribute to their chosen field!” enthused CLU founder and executive director Virginia Erxleben, EdD, BCET. “Let’s change the narrative from 85% unemployment to 85% employment within the neurodiverse population. Brainstorm Productions is a big step in that direction.” 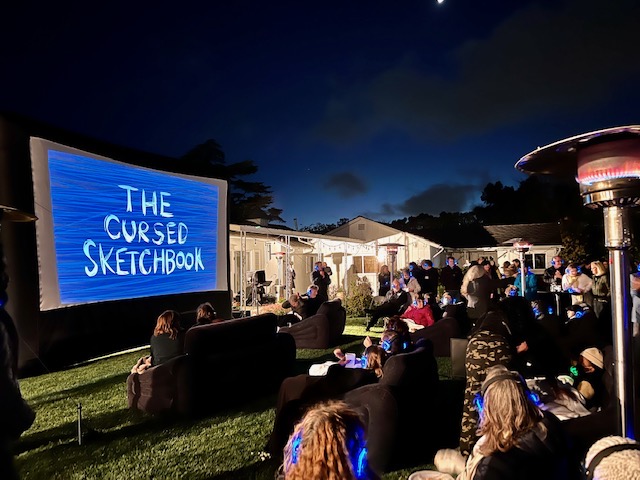 Established in 2002, The Center for Learning Unlimited has a calling to reconnect complex young learners with their academic, social and emotional potential, thereby empowering them to engage as citizens of the 21st century. CLU serves both publicly and privately sponsored students with learning challenges in grades kindergarten through 12. This therapeutic educational environment is characterized by individualized teaching plans, an exceptional faculty and year-round initiatives structured to meet the needs of students and their families. CLU also is home to a swiftly growing animation career training program for adults on the autism spectrum. As the CLU sister studio, Brainstorm Productions offers paid workplace experience for CLU animation alumni.