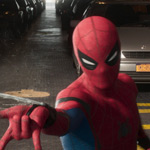 Having just pulled off a $117 million domestic opening weekend (the third largest this year), Sony’s Spider-Man: Homecoming is proving a strong addition to the Marvel movie stable, thanks in part to the stellar VFX work driving the story of plucky young Peter Parker (played by Tom Holland). In celebration of the July 7 release, New York Film Academy caught up with 3D animation program alumnus Francesco Panzieri, in-house digital compositor for Marvel Studios and former VFX artist.

“I realized the true strength and secret of Marvel Studios that deservedly brought them to be number one in the entertainment industry: the love and energy that they put into each and every production they make,” says Panzieri. “Everyone who works at Marvel is an extremely genuine, passionate and dedicated fellow; it’s a huge, big family where there is a unique synergy between all the roles.”

Panzieri gives particular kudos to the Academy of Motion Pictures Arts and Sciences’ new colorspace technology: Academy Color Encoding System, or ACES. “It was a cool experience for me to test it for the first time in my career and I look forward to ACES being the soon-to-be-standard on features, episodic and commercials,” he says.

The young creative also credits his training at NYFA with playing a valuable role in preparing him for the transition from film school to major blockbuster production. Visual effects, as Panzieri explains, is a combination of art, technology and science which requires focus, dedication and well-honed craftsmanship to meet the industry’s high (and ever evolving) demands.

“The instantaneous hands-on environment I found myself in during my time at NYFA was a true testament to the preparation it takes to work in Hollywood.”

You can also read about Panzieri’s experience working on The Force Awakens on the NYFA blog here.

ACES is a free, open, device-independent color management and image interchange system that can be applied to almost any workflow. Developed by hundreds of the industry’s top scientists, engineers and end users, under the auspices of the Academy of Motion Picture Arts and Sciences, ACES 1.0 is the first production-ready release of the system. It includes support for a wide variety of digital and film-based production workflows, VFX, animation and archiving. More info available at oscars.org.