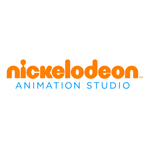 Employer rankings and reconnaissance website Vault.com has named Nickelodeon Animation Studios one of the top 10 internships in the country.

According to a release from Vault.com, the site’s editors selected the top 10 internships from a pool of hundreds that represent career opportunities and a chance for students to flex their professional muscles. Editors ranked internships based on criteria they felt mattered most — pay and perks, on-the-job training, unique experiences and resume radiance. Over 800 internships were profiled by Vault this year.

According to Vault’s profile page for the company, Nickelodeon Animation Studio has between 21 and 50 interns a year working as production assistants, with more than a third of interns getting a job offer within a year of completing their internship.

“Internships offer the best opportunity for future job candidates to test-drive a potential career and, in this economy, they are both more preparatory and more crucial than ever,” said David Limm, education editor at Vault.com. “Tighter federal regulations on unpaid internships have expanded the capacity for real work experience, and employers increasingly view them as prerequisites to a job. Students need to know that internships are vital to their careers, and they should know, too, which companies, among so many thousands, offer the best programs.”

You may also like...
Related Topics:internships, Nickelodeon Animation Studios, Vault.com