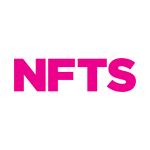 This weekend marked a new triumph for London’s National Film and Television School, as student Anushka Naanayakkara’s graduation film A Love Story was awarded the British Short Animation BAFTA at the ceremony in Albert Hall.

This is the fourth year in a row that NFTS animation students have received the esteemed prize, and the second consecutive year that saw two NFTS students nominated in the category (Jac Clinch’s The Alan Dimension was the other.) Across the awards categories, over 70 NFTS graduates were credited in the nominations.

In addition to Naanayakkara’s big win, NFTS is announcing two new courses for its animation department in 2017: A new Diploma in Model Making for Animation in partnership with renowned British puppet animation studios Mackinnon & Saunders and Aardman Animations; and the return of the Certificate in Character Animation, also in partnership with Aardman.

“I am no stranger to the NFTS as I have worked as a visiting lecturer for the last nine years with students from Digital Effects, Animation and Production Design, so I am looking forward to fully integrating the course within the School,” said Lee. “Model Animation is an exciting and tactile medium to work in; the attention to detail is exquisite, and as a discipline, gives the modeller and filmmaker complete control of this unique craft.”

The intensive 12-week character animation certificate course — offered in partnership with Aardman and supported by Factory — has an excellent success record, with over 80% of graduates now working in the industry at studios including Aardman, Animortal, Factory, Blue Zoo, Traveller’s Tales and on Isle of Dogs. The 2017 course will run from Sept. 25 through Dec. 15 and be held at Aardman’s Bristol studios.

“Students see huge development when completing this course. We have been incredibly impressed with their output and the way they build their skills – whether it’s animation, acting or understanding of performance – over the 12 weeks,” said Aardman Head of Animation Loyd Price. “Cultivating new talent is incredibly important to us and it will be a pleasure to work with the 2017 intake.”