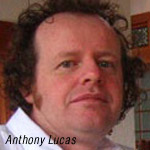 Australians interested in learning animation have a new option with a new introductory course taught by animator Anthony Lewis at the Australian Film, Television and Radio School in Melbourne.

The hands-on course will be held in 10 evening sessions during which Lucas will demonstrate the most common techniques in use today and show how he made his own films. Participants are expected to bring into the class an idea they wish to develop, and will receive advice from Lucas on how best to proceed with it.

Lucas has directed animated shorts including Slim Pickings, Holding Your Breath, The Mysterious Geographic Explorations of Jasper Morello and My Rabit Hoppy. His work has been nominated for the Palme d’Or at the Cannes Film Festival, BAFTA Awards, an Oscar, and he has won three AFIs.

You may also like...
Related Topics:Animation, Lucas, Melbourne, School, Teach